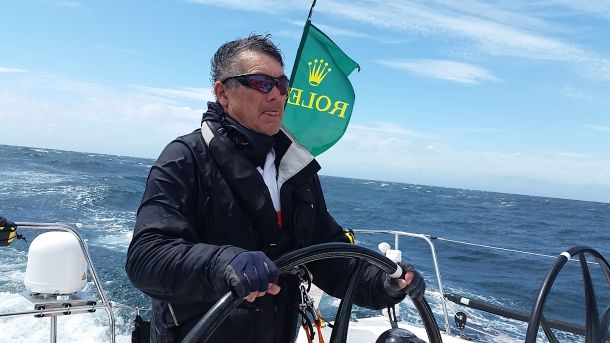 Fremantle Sailing Club has confirmed the official start date for the 2015 Wonderful Indonesia Fremantle to Bali as Saturday May 16 when both race and rally entries will start at 10.00 am off North Mole. Event chairman, Bob Kucera said that while the club had initially considered a staggered start the combined start would add to the impressive on-water spectacle of previous years as both fleets start the race and turn their bows to the north with Bali in their sights.

The official registration closing date is March 15.  However with the ease of on-line registrations and word-of-mouth reports on the sailing experience, camaraderie and social events it is anticipated that skippers who have been thinking about doing the event will be keen to register once they have been able to organise their schedules and crews.

Bob Kucera said the Fremantle to Bali was one of those ‘must sail in events’ and while the event was a major time and financial commitment for boat owners and crews, for those who commit to it and do it, it is an unforgettable adventure.

Amongst the racing fleet skippers taking the challenge this year will be Garth Curran in his 60 ft sloop, Walk on the Wildside and Michael Giles in his Sydney 47 Endorfin.  Michael who competed in the 2014 Sydney to Hobart in Endorfin and has previously sailed the Fremantle to Bali as crew several times, said this was the first time he has taken his own boat in the event and he hoped to be at the ‘pointy end of the field’.

“It’s a tactically demanding race due to the range of weather experienced in a race of this length and the tidal influence as you get closer to Bali, but being on the water is good and the finish is great because the pressure is off.  Even better if we do well,” he said.

Garth Curran who was forced to retire from the 2013 race after his mast snapped ‘in choppy waters and a bit of breeze’ said following major work on the boat he is feeling good about what’s ahead.  He will sail with ten crew rather than his usual 15, including NZ America’s Cup sailor Rodney Keenan.

Garth said the Fremantle to Bali was a terrific race with social events so good that he flew back to Bali for the Gala Prize night in 2013 after delivering his boat back to Fremantle for repairs.  “Finishing in another country – an exotic country – is exciting,” he said.

Once boats leave Fremantle they are keenly followed by local, national and international audiences via the Yellow Brick Tracker on the event website.  In 2013 the satellite tracker won over many new converts to viewing sailing, enabling them to better understand what is required to sail blue water events and meet the challenges involved in winning races.

To register for the race or rally visit the event website www.fremantlebali.com.au    It carries information for owners, skippers and crew including recommendations on medical issues, safety, provisioning, radio communications, etc.

Ten boats sailed in the racing division and twenty one in the rally division.  Fastest time and a new record went to Tony Mitchell in Super Sled a super maxi previously known as Nicorette.  Super Sled completed the race in 5 days 23.5 hours to break the 2011 race record of 6 days 5 hours set by Alan Brierty’s yacht Limit. Tony, who passed away in late 2014 following a long illness, had been keen to give his regular crew which included several young WA people, the opportunity to sail on a maxi yacht. This experience is still carried with all the sailors who made the journey on Super Sled.

The Rally trophy was shared by Don Brooker’s Beneteau, Dorade which dead-heated with Ralph Newton’s Seawind 11 catamaran, Yandanooka-t. Dorade, the fastest rally boat took 9 days, 9 hours and 53 minutes to complete the course with some rally boats taking up to twelve days.