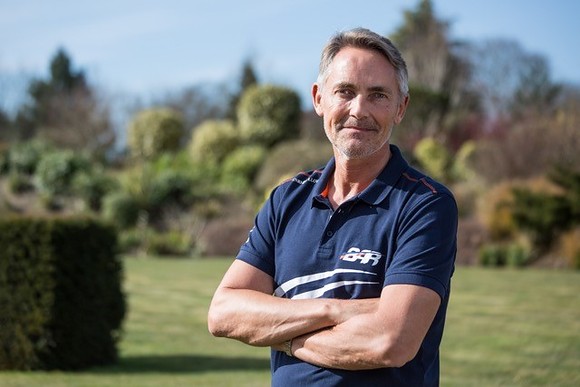 Ben Ainslie Racing (BAR) today announced that Martin Whitmarsh, former CEO of the McLaren Group and Team Principal of the McLaren F1 team, will be joining the British challenger for the 35th America's Cup. Whitmarsh will take the position of Chief Executive Officer, working alongside Ainslie to bring the Cup home.

There are many sporting and technical similarities between the America's Cup and Formula One, and Whitmarsh will bring the perfect skill set to the team; an engineering background and high-level experience of managing a technology company focused on top flight competition. Whitmarsh will report to Ben Ainslie – BAR's Team Principal – and the board, on which he will have a seat.

“I'm delighted that Martin is joining us,” commented Ben Ainslie. “When we first started to put together the plan for BAR, McLaren were one of the aspirations. So it's particularly appropriate to have one of the original architects of that model as our new CEO. Martin came highly recommended by many authoritative figures in the motorsport industry, and already has good relationships with several of our key partners, particularly the head of Red Bull Advanced Technologies, Adrian Newey.” Martin Whitmarsh worked with Adrian Newey at McLaren for nine years between 1997 and 2006.

Whitmarsh will join the team in the final few weeks before they move into their new purpose-built headquarters in Portsmouth. It was in the south coast city that Whitmarsh studied engineering at the city's University, before starting his career at BAE Systems' Hamble facility. He was quickly promoted to work on advanced composites in Weybridge, rising to Manufacturing Director before moving to join McLaren as Head of Operations in 1989. By 1997 he was Managing Director of the Formula 1 team, eventually rising to CEO of McLaren Racing and McLaren Group alongside his role as Deputy Chairman of the McLaren Automotive Group.

“After 25 years at McLaren it's great to be able to turn my energies and experience to such an exciting sporting and technical challenge. McLaren developed into a multifaceted business, and I hope that my experience will help BAR in its aspiration for a sustainable business model, along with the clear goal of winning the America's Cup and bringing it back to British waters,” commented Whitmarsh on the challenge ahead.

Martin Whitmarsh will take up his position with the team in April.