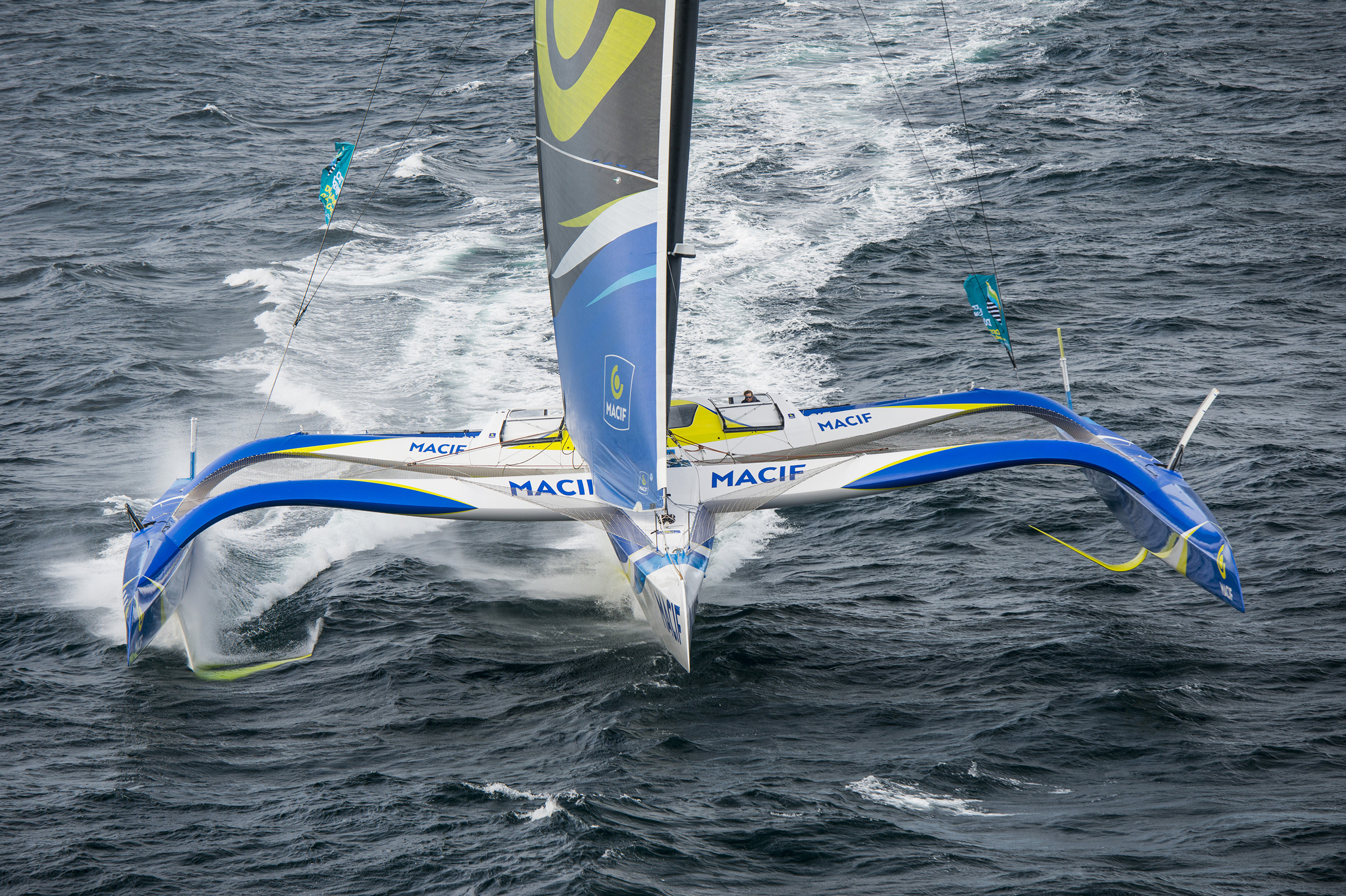 François Gabart and his co-skipper will endeavour to win the first Brest Atlantiques race on the MACIF trimaran, which sets sail on 3 November 2019. It is a non-stop course running south from Brest in a loop and crossing the equator in the direction of Rio de Janeiro, then heading to the Cape of Good Hope, before returning to Brest.

This represents an intensive month of double-handed racing, according to François. It is very interesting from a competitive point of view and demonstrates the vitality of the Ultim 32/23 class, that was considerably affected by material damage during the route du Rhum 2018.

“The end of January,” says François Gabart, “was a key moment in the class’s history. As the initial calendar was messed up after the autumn accidents, we had to rethink a programme. I was not particularly worried about our ability to bring our visions and our interests into line, but it is reassuring to feel the driving force behind the whole Ultim 32/23 class. We talk and respect each other, and we build together. And I believe that we have emerged much stronger for all these misadventures.”

Many scenarios were considered by the sponsors and the racing teams. And this Atlantic triangle has much to offer. But as far as the MACIF trimaran’s skipper is concerned, it will enable the class to write its own history through a long-distance racing challenge. By facing up to the economic realities of our sponsors and the racing realities of the racing teams, we have succeeded in building a programme that meets their expectations.

“There is no shame in saying that it is essential to be able to measure the costs. The Class, and ocean racing as a whole, must propose economically viable events. I would have loved to stop in Rio and at the Cape of Good Hope, but it would not necessarily have been coherent, considering that our sponsors are primarily based in France. We have all taken the implications for our sponsors on board, to create wide appeal for this wonderful adventure appeal, and target our sponsors’ public.”

“Not Much Shorter Than a Round the World”

The Brest, Rio, Cape of Good Hope, Brest triangle promises to be, “a little under a month at sea, which in the end is only a little shorter than a round the world by the three capes. The first part is fairly standard and then we will sail round St Helena Island from the North, before sailing downwind from the Cape to the equator. The sail back up the Atlantic will be a classic of its kind. In the end, I think we will spend more optimizing our course and speed with velocity made good (VMG). As for sailing double-handed, I believe that it will allow us to have a similar race format to the Transat Jacques Vabre, which will help us find solutions to the reliability problems recently experienced, even if trimarans like these are still not that easy to handle double-handed”

While the MACIF trimaran is still undergoing a refit to prepare for the challenges this autumn, François Gabart has begun a new chapter of his life racing a Flying Phantom double-handed with Louis Viaton. The two skippers have been actively training with ENVSN, the Ecole national de voile et de sports nautiques, with the goal of lining up for the start of three major events in the international season of this very powerful class: the Eurocat (Carnac, 2 to 4 May), Act 2 of the Flying Phantom season, then Act 7, which will take place on Lake Garda (July) and the European Championship, which should also be held on the Italian lake.

What is the goal? “To learn the subtleties of foiling and to get familiar with these sensations,” says François. “I will be competing with the 18 to 25 year-olds, a generation that was practically born racing on foiling yachts and which is very good. You wouldn’t think it, after so many years of being the young sailor, it turns out I’m no longer young. I practised Olympic sailing for a long time, but it has been a long time since I lined up at that kind of starting line. Getting back to regatta racing is fun, but it’s not the main goal. I feel the need for wind in my sails and for getting back to the heart of my job.”

The start of the year was also marked by Sébastien Col joining the team – a 100% regatta racer, well-grounded in the America’s Cup challenges. “Sébastien was the driving force behind my commitment to sailing the Flying Phantom. He was the one who helped me choose the boat and set up a programme,” says François Gabart. “He provides the whole team with details about foiling.

“Sébastien Col is helping with the development of the MACIF trimaran, but also with Charlie Dalin’s IMOCA 60 Apivia and the two Figaro Beneteau 3 yachts of the Macif skipper’s Martin Le Pape and Pierre Quiroga. He is a key figure, linking the three projects’ different teams and sailors, so that everyone can make good use of their knowledge expertise, and so that everything runs smoothly internally. He is also the “competitive advantage” of MerConcept, where few of us race intensively, and this creates team drive.”