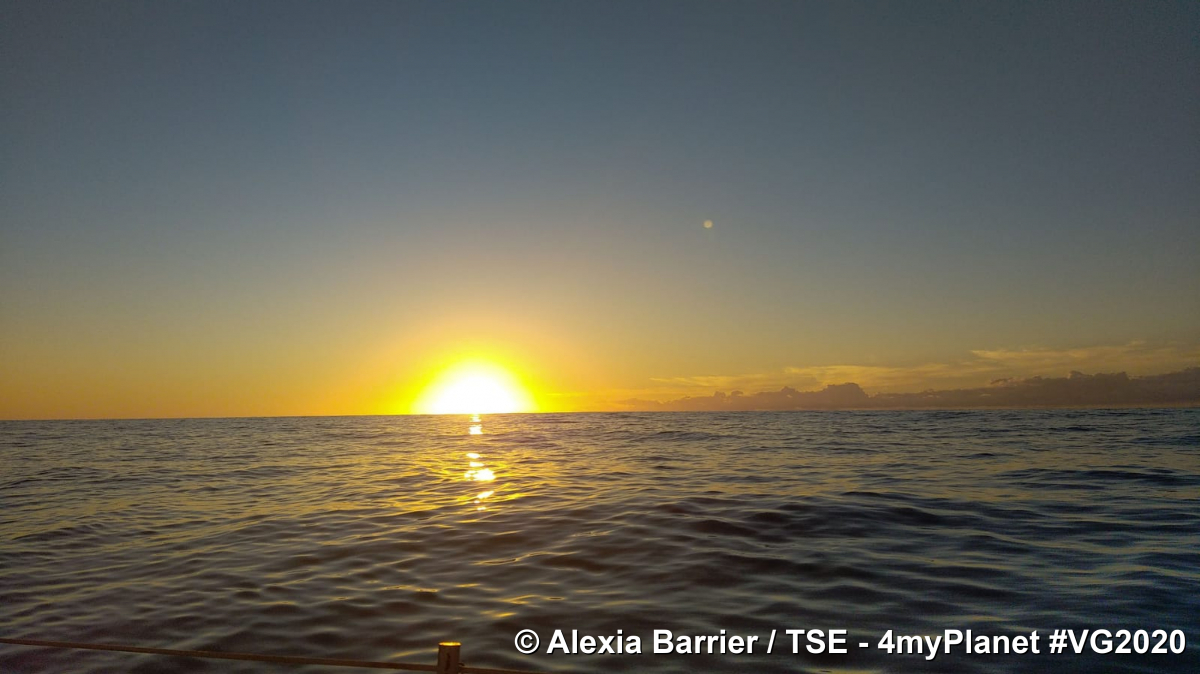 Nearly every Vendée Globe, including this ninth edition, has delivered a sting in the tail of one sort or another to unfortunate solo skippers. While the most damaging this time was Boris Herrmann’s collision with a Spanish fishing boat just 90 miles from the finish line, the last miles are often the most tense, as the most recent finisher Manu Cousin noted last Saturday morning after finishing 23rd in 103 days 18 hours ​​15 minutes and 40 seconds.

“At about 40 miles to the finish I had a moment where I finally felt I would make it and could finally release myself and enjoy knowing what I was accomplishing,” he grinned on the dock on Port Olona two days ago. Over the past three weeks the Bay of Biscay had not been easy, with the Azores high pressure displaced from its normal position and the train of Atlantic low pressures have rolled in one after the other unchecked into Biscay.

“In winter, these lows that form on the east coast of the USA or off Canada can be deep and can follow one another regularly with only 36 to 48 hours between two frontal passages,” explains Christian Dumard, the Vendée Globe weather consultant. “And the key thing is this rapid succession of lows generates a residual swell in the North Atlantic. The wave heights now can be similar to those encountered in the Deep South.

“At the edge of the continental shelf, the sea depths rise from several thousand metres to a few hundred metres. This rise in the sea bed creates dangerous seas. We have the same thing in the South of New Zealand and at the approach to Cape Horn” continues Dumard. “The problem is that when the boats get into the Bay of Biscay, there is no way out. It is like a funnel and the end of the funnel is the finish off Les Sables d'Olonne.”

This year it has, perhaps more than in recent editions, been about timing and avoiding the worst of the stormy winds and seas. Such as was the case with Armel Tripon, who stayed on hold for almost 48 hours off the coast of Portugal to avoid sailing into the Bay of Biscay with 50 knots of wind and eight metre high waves.

“You have to factor in the fatigue accumulated by the skippers and by the boats, the very busy hotspots of maritime traffic and the fishermen. A return to the Atlantic coast in winter is not always as much of a pleasure at the end of the race.” sums up Dumard. Indeed many solo racers have seen their dreams shattered or at least severely compromised just a few days from the finish.

In 2016-17, Conrad Colman dismasted between the Azores and Portugal, 750 miles from the finish (he finished under jury rig 12 days later). In 2013, Javier Sanso capsized in the southern Azores after losing his keel. The same year, Jean Pierre Dick anchored for three days in the north of Spain to avoid a big gale after sailing his boat without a keel from Cape Verde (he finished fourth). In 2008, it was another keel failure just before the Azores that prevented Roland Jourdain from finishing. Four years earlier, the same concern for Brit Mike Golding, whose keel broke off 90 miles from the finish (he nevertheless finished 3rd). Catherine Chabaud dismasted at 250 miles from Vigo (Spain) during the 2000-2001 edition and even in the second edition Philippe Poupon lost his mast a few days from the finish line and lost second to Jean Luc Van Den Heede but became the first skipper to finish under jury rig.

So the final two skippers still racing Ari Huusela and Alexia Barrier will be extra prudent, as will Isabelle Joschke and Sam Davies who are ‘hors course’. Joschke is due back in Les Sables d’Olonne Wednesday and Davies Thursday, while sailing without wind instruments.

But lack of wind, rather than too much has plagued Ari Huusela for 36 hours now. The Finnish skipper had made just 45 nautical miles in 24 hours on board his Stark IMOCA but appeared to be emerging into stronger winds this afternoon.
“The thing is I will now have upwind conditions, up to 25 to 30kts, and that will not be pleasant but I would rather be upwind than stopped in no wind!” declared Huusela today.