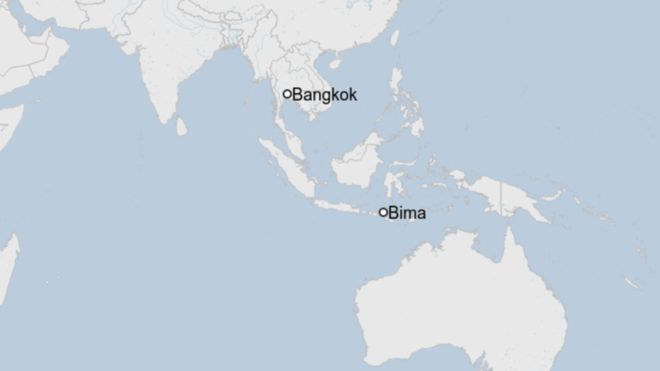 The group was sailing past Indonesia towards their planned destination of Thailand.

Four people – including two Britons – escaped after their yacht sank more than 50 miles off the coast of an Indonesian island.

The skipper raised the alarm after the boat, named Asia, hit an object in the water at about 21:00 GMT on Friday.

The UK coastguard, which helped co-ordinate the response, said the crew sailed a lifeboat to land, where they were found more than eight hours later.

Malaysian officials were alerted by the UK after Australia picked up the SOS. Australian authorities contacted their British counterparts because the yacht appeared to be registered in the UK.

The UK Coastguard found no-trace of the ship on its records but did notice an alert on a US alarm system in approximately the same area.

They were then able to trace the skipper's wife, who was able to tell them where the ship had been heading. This helped Malaysian authorities to finally make contact with the skipper at about 05:00 GMT.

A short while later, the crew were met by local police near the town of Bima, in the West Nusa Tenggara province.

He said he was “relieved” to know the crew were safe and that the operation “demonstrated good international working”.