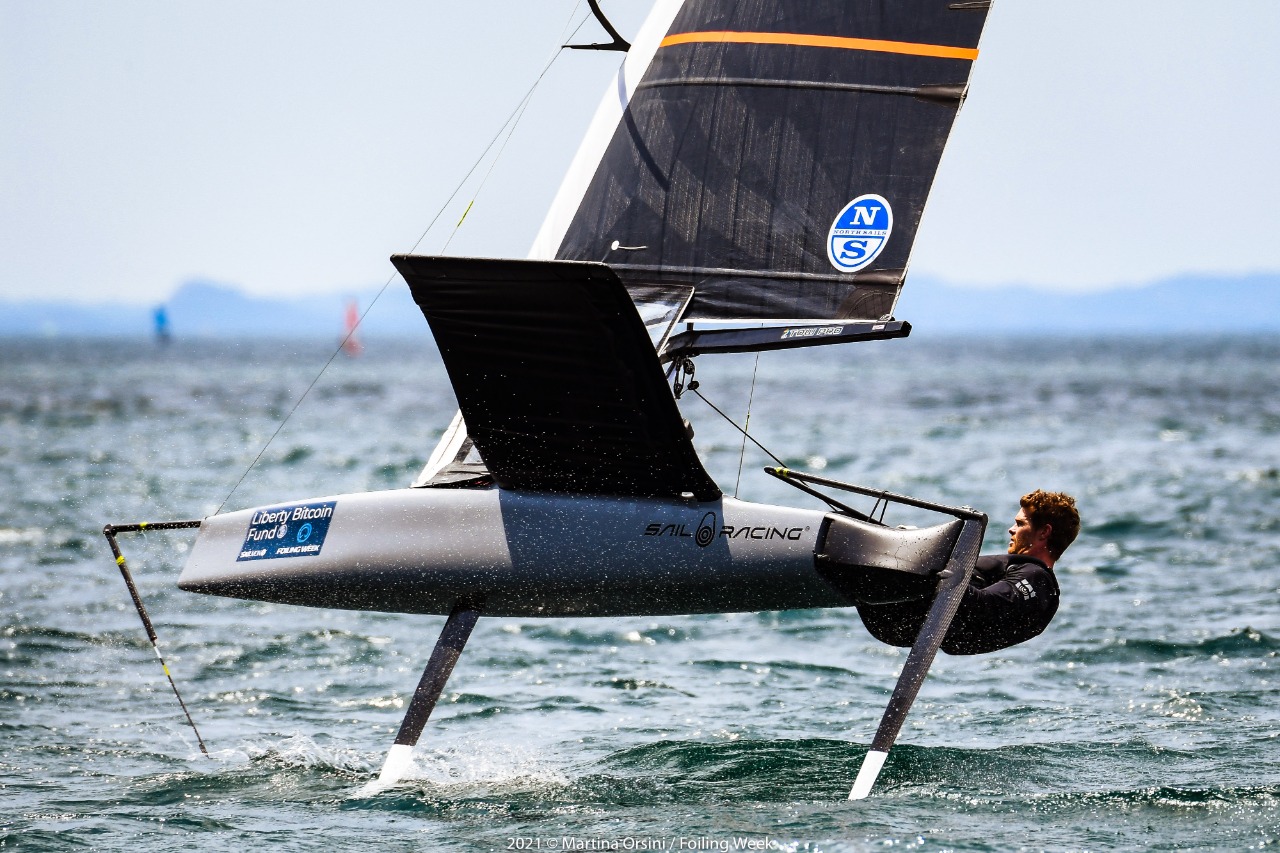 Fraglia Vela Malcesine, Italy: The bookmaker’s favourite, Tom Slingsby, did not disappoint on the second day of the Foiling Week and the Liberty Bitcoin Moth Cup where four races were sailed in a 10-16 knot southerly.

Australian Slingsby, the reigning Moth World champion and 2012 Olympic gold medallist in the Laser, won three out of four races.

The surprise of the day was 19-year-old Nicolai from Royal Hong Kong Yacht Club (RHKYC) whose scoreboard of 1-5-4-3 finds him in second place overall. Australian, Iain Jensen, the 49er Olympic gold medallist from the 2012 Games, is third overall, followed by two Italian sailors, Francesco Bruni and Tita Ruggero in fourth and fifth overall respectively.

Jacobsen, the youngest sailor in the fleet, has been coached by top UK Moth sailor Chris Rashley for the last 15 months. The Hong Kong sailor was the flight controller on the RHKYC’s Team Agiplast Youth America’s Cup program, who for the last five months has been Moth training full time in Hong Kong, the UK and Italy.

“At this stage I never had expected to be up there with the top guys. I had an amazing day. Everything just clicked into place,” an exited Jacobesen said.

“Taking a bullet today against some of the world’s best sailors is certainly nothing I will forget anytime soon. However, tomorrow is another day and with eight races left, a lot can still happen! But I am definitely enjoying today and this moment.”

The weather forecast is good for the third day of racing, while Sunday is expected to be more challenging with showers and unpredictable wind.