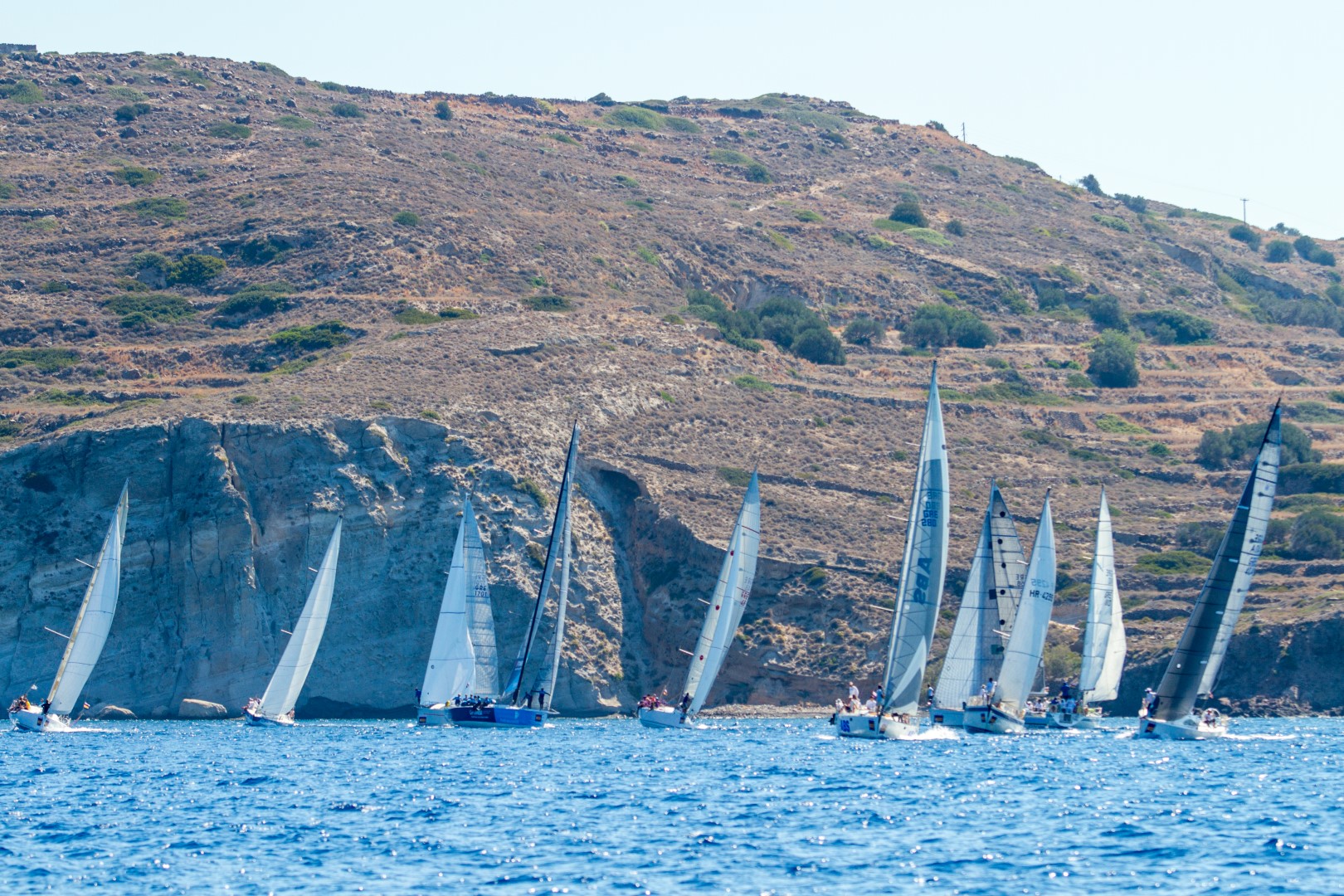 Put Sunday 4 July in your diary

Greece: Preparations are well underway for the start of the Aegean 600, organised by the Hellenic Offshore Racing Club and the Region of Attica and most of the foreign boats that will take part are already assembled in Lavrio at the Olympic Marine, ready for this new and demanding race.

Some have been out for practice and confronted the peculiarities of the Aegean race course for the first time.

Although the Covid pandemic presented a stumbling block for many sailors wanting to participate in this inaugural edition, a good 40 entries from 16 countries will be on the starting line in front of the Temple of Poseidon on Sunday local time.

The start signal will be given by Lefteris Avgenakis, Deputy Minister of Culture in charge of Sport, who is also representing the Prime Minister, Kyriakos Mitsotakis.

A safety seminar was organised for the competitors yesterday and included instructions for first aid, safety, communication and rescue at sea. It was attended by the boat captains and safety officers of each boat. After the seminar, Greek traditional food as well as Greek natural protective cosmetics were distributed to crews.

This race has been designed by sailors for sailors, and the organisers have therefore left nothing to chance. Competitors will receive detailed weather forecasts focused on the difficult crossing of the Aegean in order to plan their tactics and better enjoy the race.

Crew sizes vary greatly: some have 15, while eight entries will sail the Aegean in the double-handed category. These teams of two will perhaps face the greatest challenges in a race of this difficulty and duration. The skippers meeting will take place tonight, followed by the Opening Ceremony.

The Hellenic Offshore Racing Club, with the support of Helmepa, continues its program to Save our Seas. Thus the Aegean 600 will be an event with the smallest possible ecological footprint.

Five major ocean races of 600 nautical miles length are held abroad and the Aegean 600 aspires to become the sixth within this group. The establishment of such an event will put Greece among the competitive sailing destinations and will strengthen tourism and consequently the economy of the region.