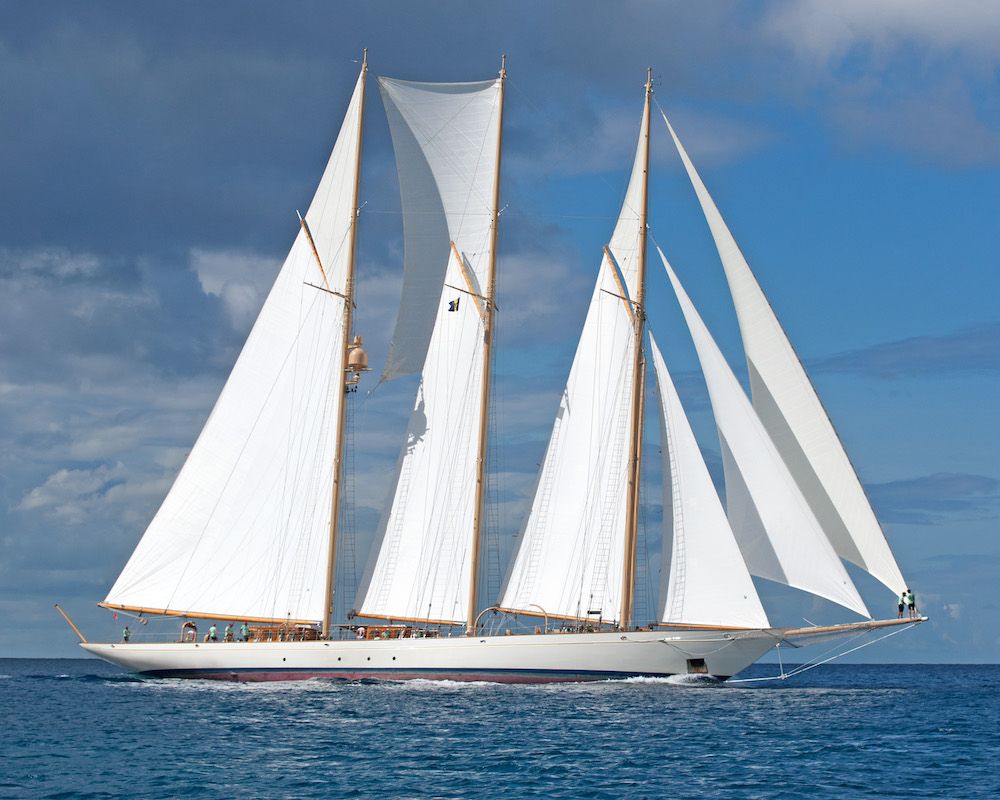 Bridgetown, Barbados (21 January, 2017): Andy Budgen sailing his Mach 2 foiling International Moth Nano Project completed the 60nm Mount Gay Round Barbados Race at a record pace of 4 hours, 23 minutes, 18 seconds, to established the Absolute Foiling Monohull record. He also broke his own personal record time from a few years ago when he sailed his VO70 Monster Project into the record books for the Absolute Monohull Record.

Chatting as he stepped ashore after a testing day on the water, a delighted Budgen commented: “It wasn’t as bad as I thought, and actually I think the conditions were pretty ideal all round for a foiling Moth, and I am extremely happy to have achieved what I set out to do. I tried to pace myself and not put too much into it early on to conserve energy. It took about an hour and a half to get up to the North Point.

“It was a bit choppy by the time I got to the East Point, which had its challenges. The wind then dropped off and it was getting to the point it was getting marginal for me. There is also a reef there, which I didn’t notice until I’d gone inside it! Coming down the east side was lovely. I had a couple of capsizes when I started thinking about something else for a moment, but it only took about an hour and a quarter to get back down from the East Point in 10kts of breeze, which was perfect for foiling, so all in all a really nice day out.”

There was only one Absolute record broken this year (the Singlehanded Monohull record) and that went to Andreas Berg from Germany, aboard his Dufour 44 Luna. Berg managed to sail at a consistent speed and complete the course in 8 hours, 7 minutes, 31 seconds, trimming an impressive 1 hour, 39 minutes and 11 seconds off the previous record.

Berg commented: “I am thrilled to have come all the way from Germany for the first time, sailed solo around Barbados and won my weight in rum – a healthy 88 kilos of it. The wind was fairly light so that suited the boat well and I didn’t mess it up. I did think about hoisting the spinnaker but I decided, as I was sailing solo, I wouldn’t take the risk. I am happy but exhausted because I had to concentrate solidly for eight hours. I had, however, prepared well and had a good stock of refreshments, at arm’s length, within the cockpit.”

The only other new record to be established was the Multihull Doublehanded. This went to Bryn Palmer – commodore of the Barbados Cruising Club – and Evan Walker on the RC30 catamaran Silver Bullet. “We had a great sail and we are particularly pleased to have established a new division for record breaking opportunities in the multihull class. In general it has been a fantastic regatta for Silver Bullet because we’ve broken nothing.”

The Mount Gay Round Barbados Race – the headline event of the Mount Gay Round Barbados Race Series – organised by Barbados Cruising Club in association with Barbados Tourism Marketing Inc, and Mount Gay always attracts crowds of spectators and this year was no exception. With the foiling Moth, the three-masted 65m schooner Adix, and last year’s record-breaking MOD70 MS Barbados Concise10, plus a host of other world class racers challenging, itwas particularly special for the thousands who turned out to watch the race unfold.

The wind was generally light from the east-north-east, reaching no more that 12-15kts so it was never going to be a big record breaking day but those who took part raced hard for a chance to smash one of the 14 records up for grabs, all of which offered a chance to win the skipper’s weight in Mount Gay Rum.

The fleet included a good mix of yachts ranging from Classics including Matt Barker’s Alfred Mylne-designed The Blue Peter that won CSA Cruising class in the Coastal Series, and Adix, the imposing 65m three-masted schooner, to the foiling International Moth and a couple of windsurfers including Trevor Charles Hunte – current windsurfing record holder – on his Phantom Batwing 377.

The boat that made her name when she wowed the crowds last year with her impressive speed round Barbados – Tony Lawson’s MOD70 MS Barbados Concise10, skippered by Ned Collier Wakefield – picked up where she left off last year. Although the wind didn’t quite match the big numbers of last year when they broke the record, Collier Wakefield and his seasoned world-class crew performed well once again. They were 39 minutes short of last year’s record-breaking time but were pleased with their performance nevertheless.

Lawson, chatting about the race said: “We had a great sail and the team worked well but we only had a maximum wind strength of about 15kts or so, which was really enough to make an impact today. I think our top boat speed was about 35kts. We had a bit of a problem with one of our halyard locks so that cost us a few minutes but we weren’t going to break any records, it’s as simple as that. One of the most interesting things we saw today, off North Point, was the amount of spectators and cars; there must have been 500 cars in the car park, which is quite amazing.”

Meanwhile the local J/24 sailors Cyril Lecrenay on Bunga Bunga, and Gus Reader on Glory Daze enjoyed close racing at the head of the fleet, despite the extremely light airs at the 0700 start. As they rounded the top of the Island three hours into the race, they were still neck and neck and reveling in the breeze that had built to 10-12kts. A close race continued down the east coast but it was Glory Daze that finally took the One-Design Division win. Winner of the CSA Division was Barker’s The Blue Peter, while the beautiful 65m schooner Adix, probably the biggest head turner on the course today, finished in 6 hours, 45 minutes, which was over half an hour short of the Classic Division record.

The Mount Gay Round Barbados Race Series gala prizegiving party and dinner to mark the end of the 2017 event, takes place tomorrow evening at the Beach House on the west coast of the island.

For results and times of today’s Mount Gay Round Barbados Race click here.