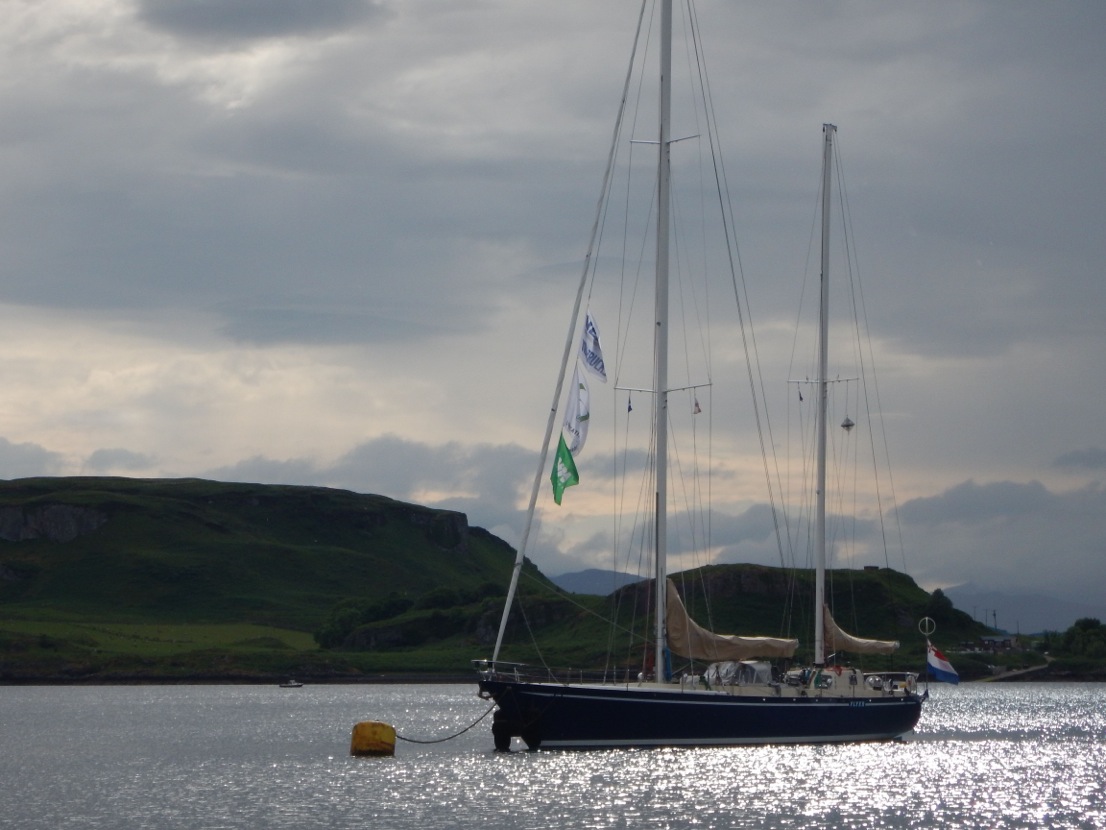 Gothenburg – 28 September 2018:  The late Cornelis van Rietschoten still holds the record for winning two Whitbread races in a row and the first of his two Flyer yachts, now beautifully restored, will compete in the Legends Race from Gothenburg to The Hague in June next year.

Flyer, a Sparkman & Stephens design was a successor to the Swan 65 Sayula II, winner of the first Whitbread in 1973-74.  She was 2’9 longer on the waterline and a ton lighter, and although she carried more sail area, she rated exactly the same as King’s Legend, her sloop-rigged Swan 65 rival in the 1977-78 race.  After winning the Whitbread 1977-78 race, and also winning the Spice Race, a race of 12,500 nm following the route of the old Dutch vessels sailing from Jakarta to Holland, Flyer was sold to the US, when she was seriously prepared for the third running of The Whitbread in 1981-82, under the name Alaska Eagle.

However, the conversion from ketch to sloop, remodeling her stern and removing the doghouse did not increase the boat’s speed and instead she finished in ninth position.  She was later donated to the Orange Coast College in California where, before being bought by the Dutch initiative ‘Revival of the Flyer’, she was used as a sail training boat for 30 years.

Restored in 2014 by her original builder, the Royal Huisman Shipyard, in Vollenhove, The Netherlands, she was fitted with two new Sparcraft masts and a sail wardrobe from North and her original doghouse was rebuilt. The only item retained from her days as Alaska Eagle is the fold-down canvas sprayhood.

At the beginning of September 2014, she was used to scatter the ashes of her former owner and skipper, Conny van Rietschoten, as he had asked, over the waters of the North Sea that he so loved.

Since her refit, she has logged 10,000 nm and made some epic journeys. She has followed the Volvo Ocean Race and cruised extensively in Scotland. She will be in Alicante for the start of the next Volvo and will also be present in some of its stopovers around the world. Flyer is an icon for the Whitbread /Volvo Ocean Race and to the world of sailing as a whole and she will give spectators a historic yacht racing experience at the start of the Volvo Ocean Race legs.  It is thrilling that she has entered the Legends Race 2018 and it will be quite a spectacle to see her cross the start line once again.