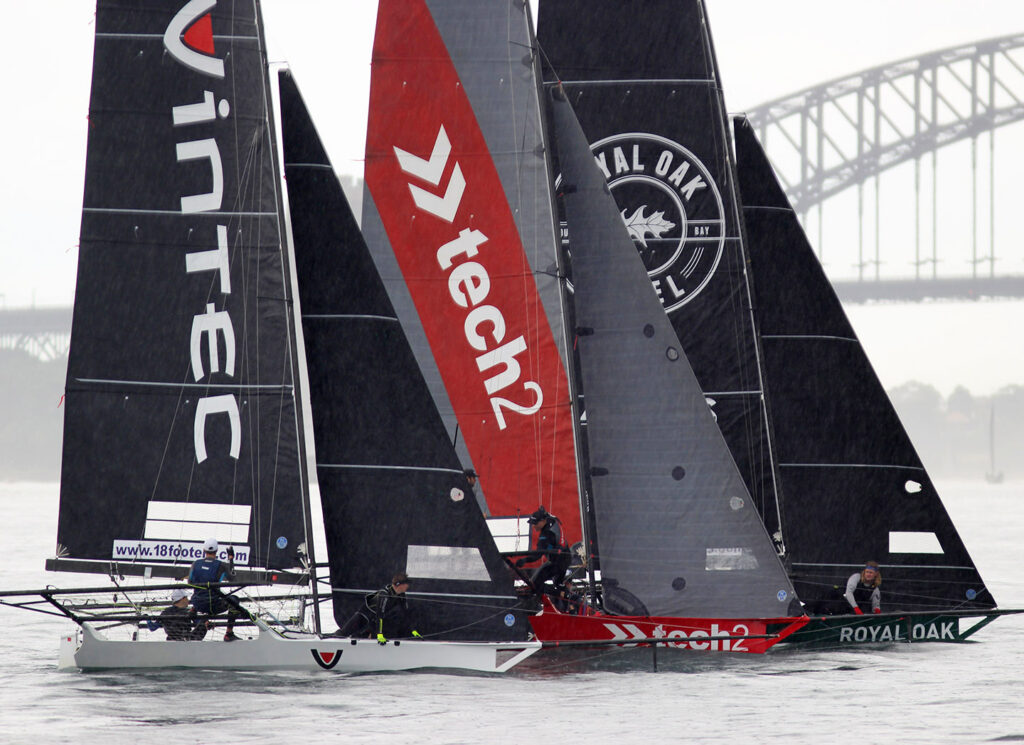 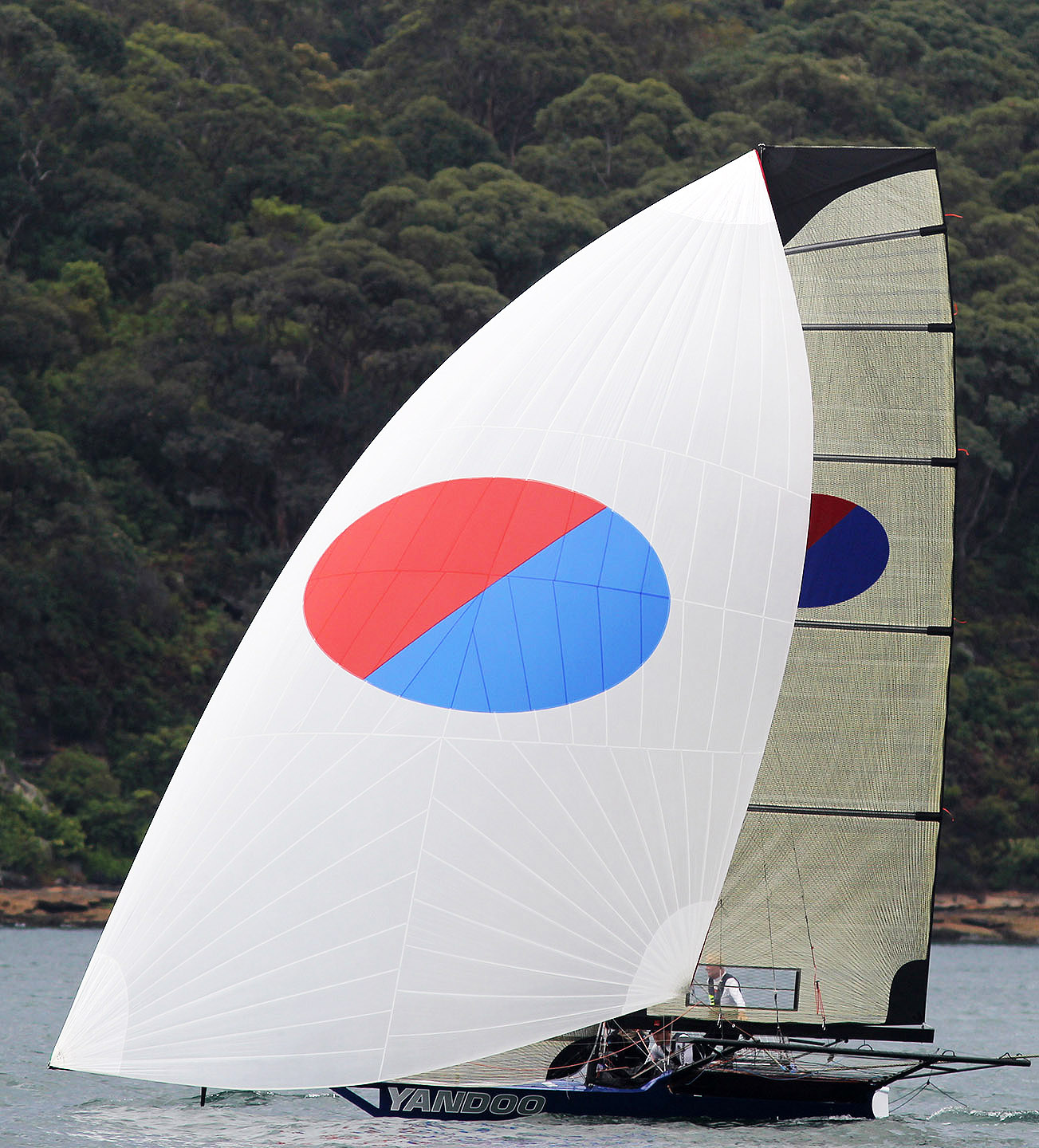 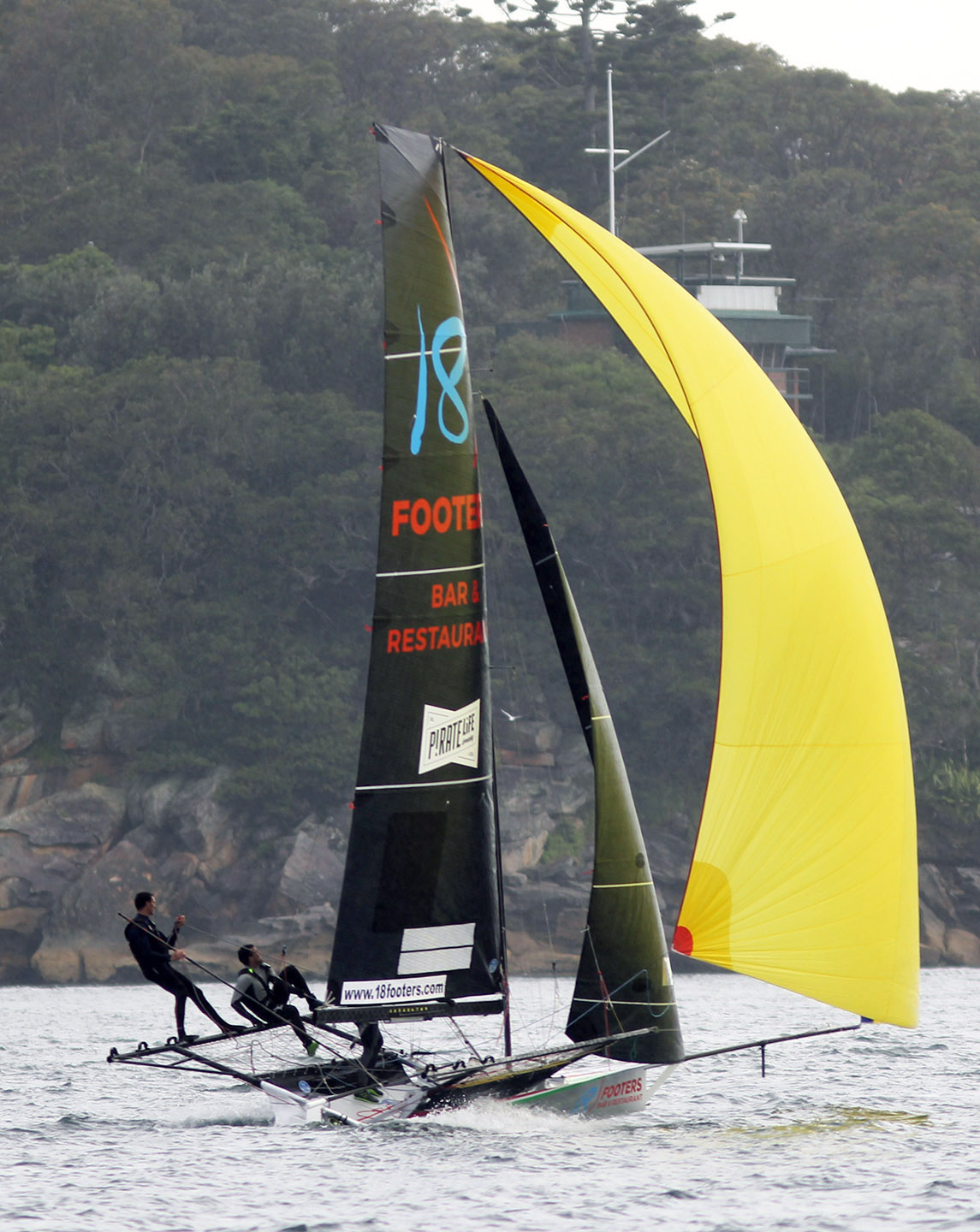 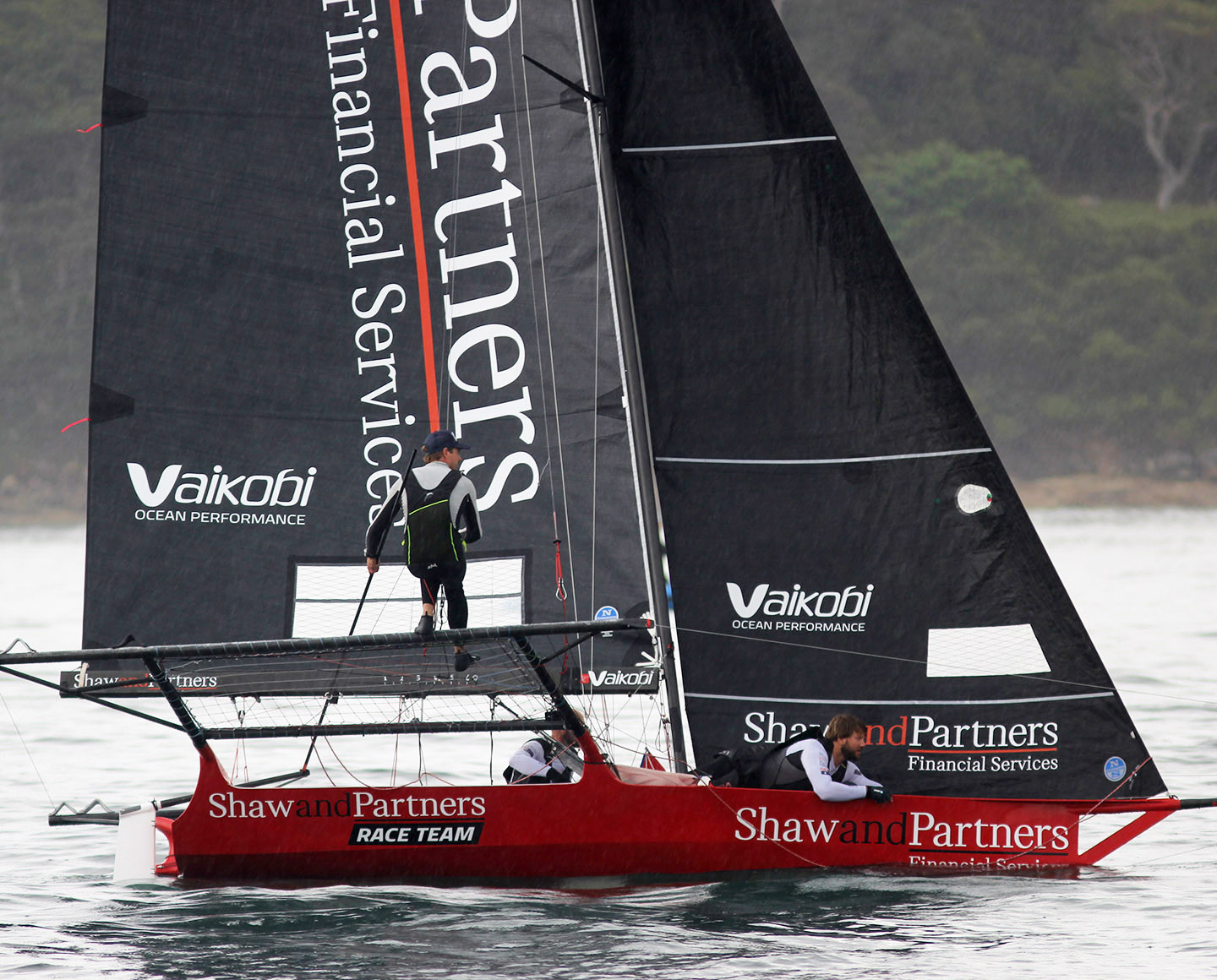 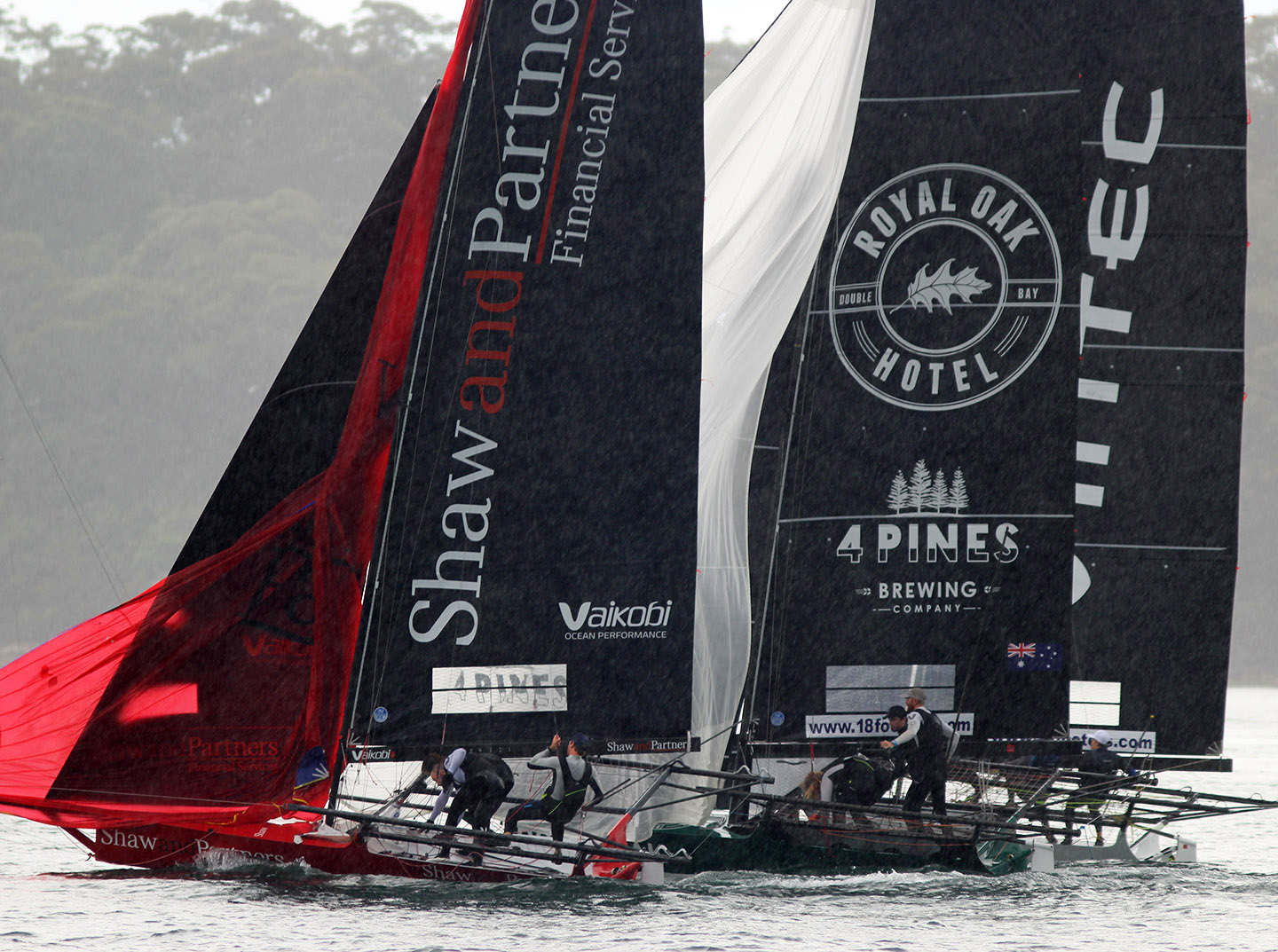 The race for second place around the top mark. Pic - 18ft skiffs 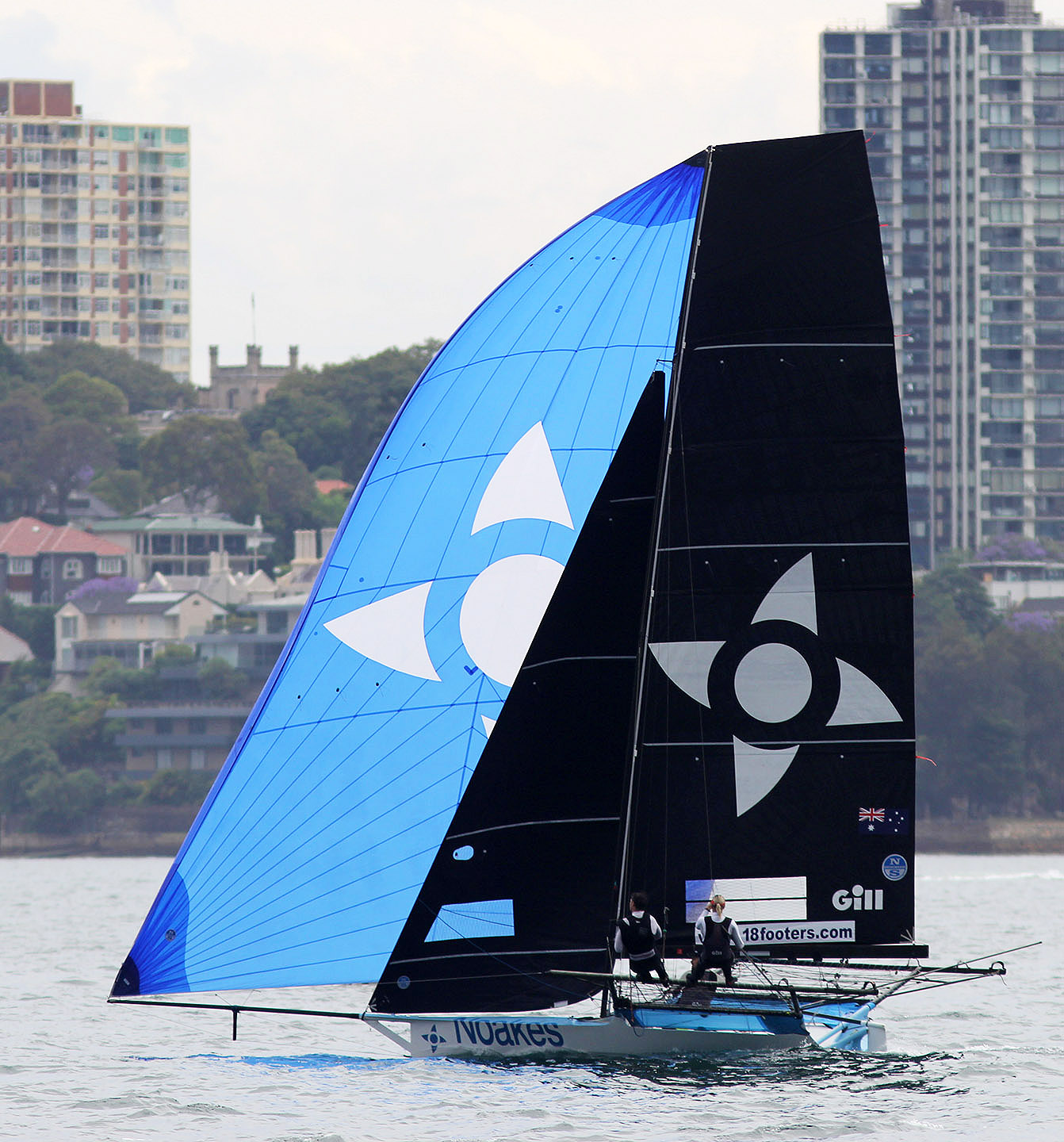 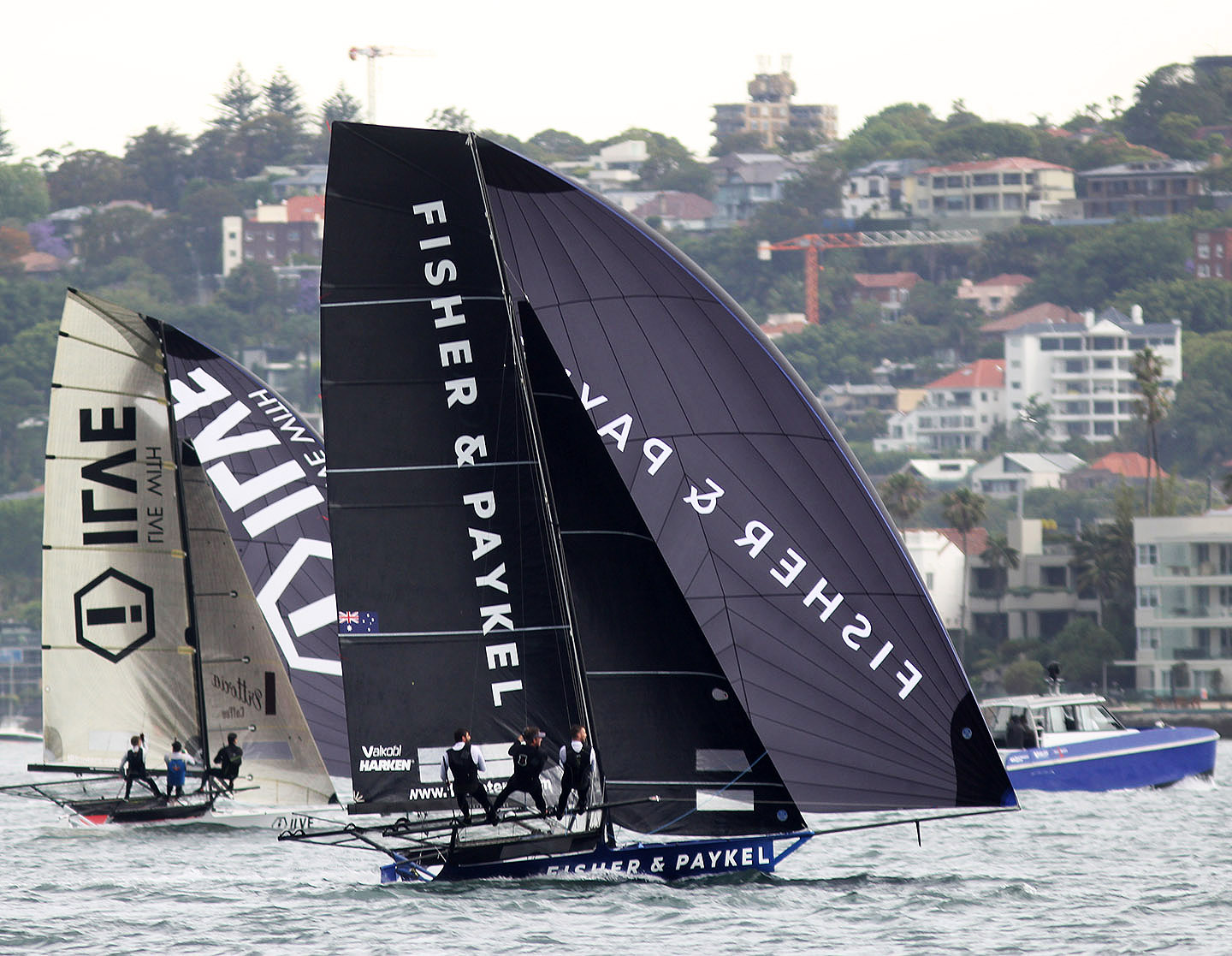 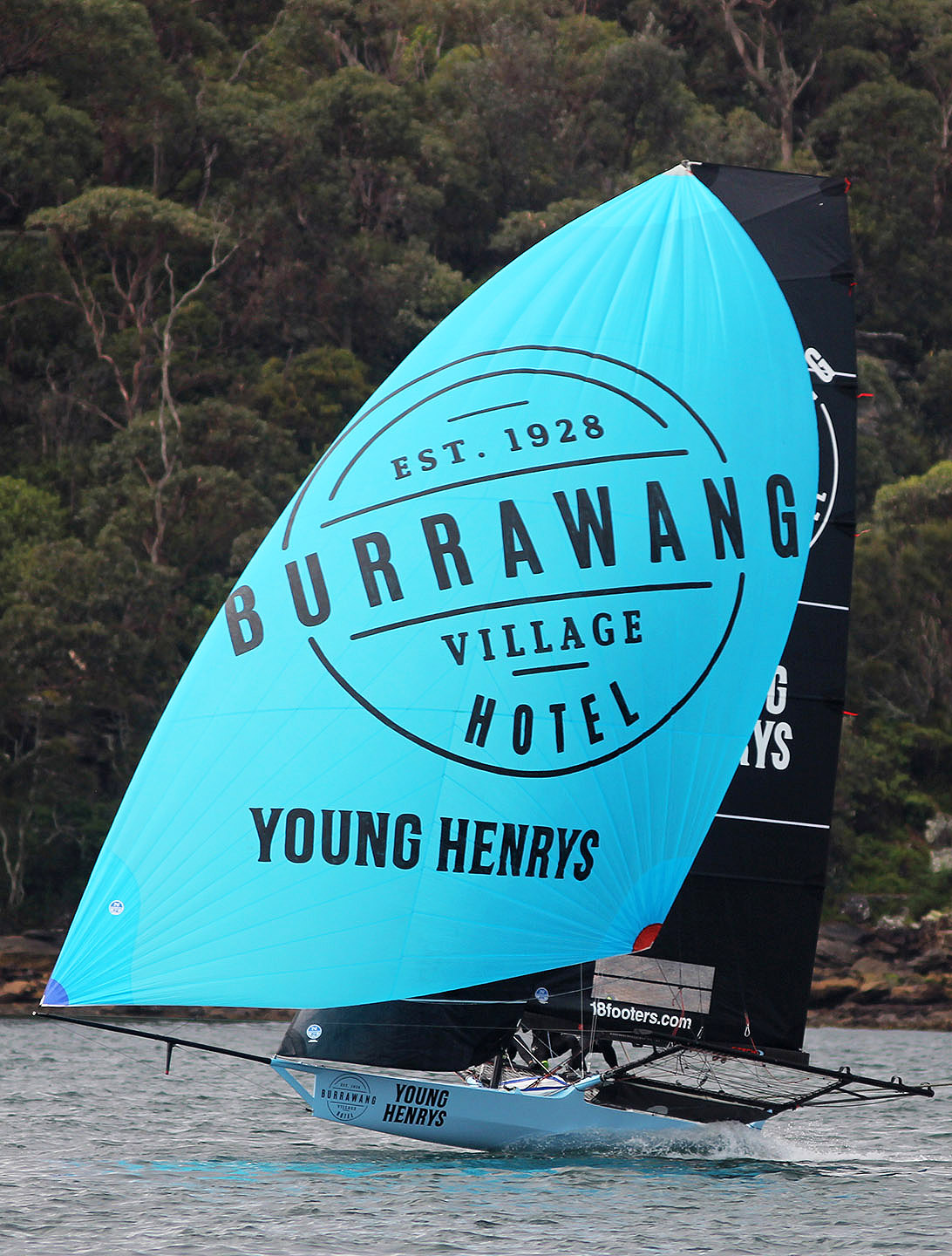 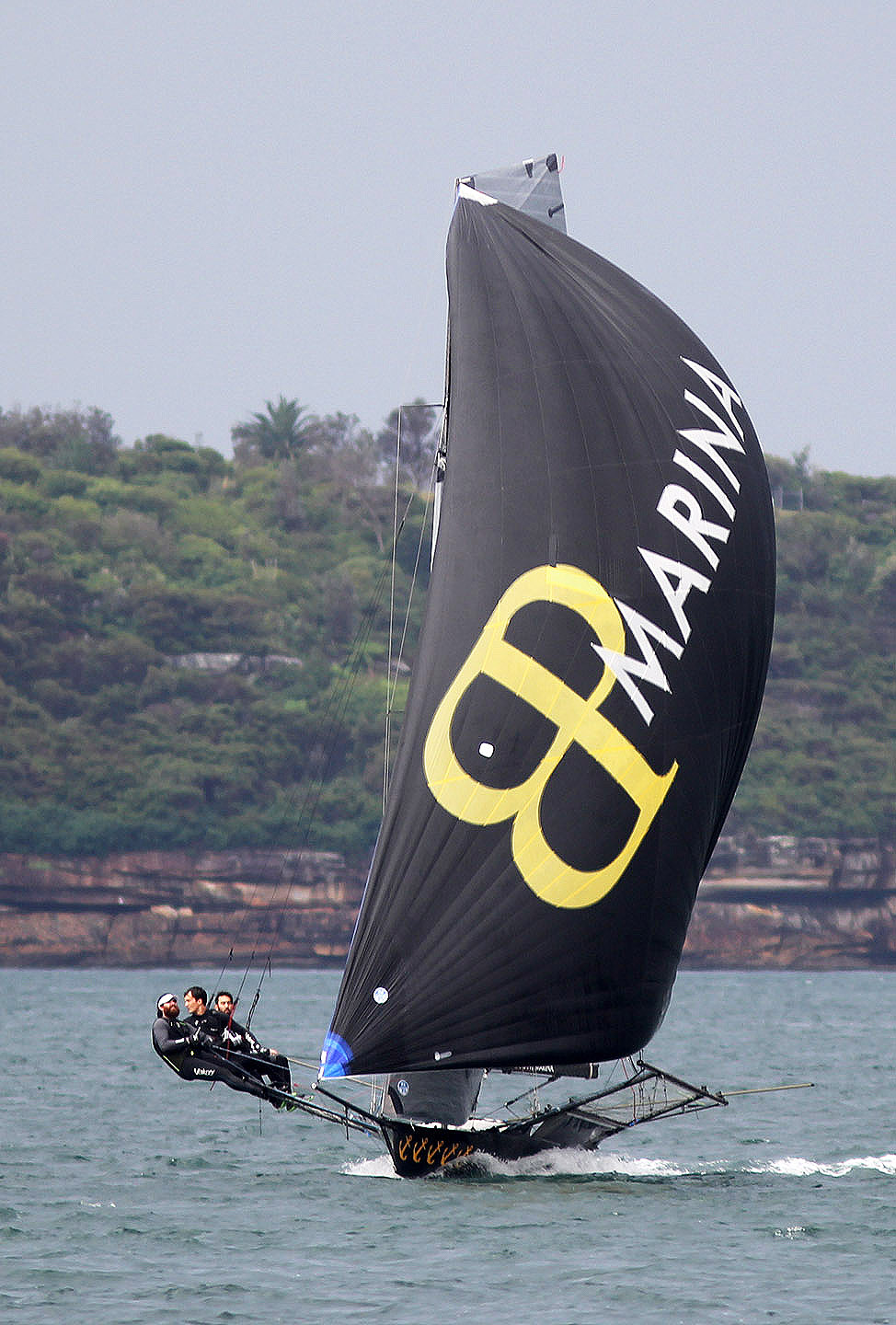 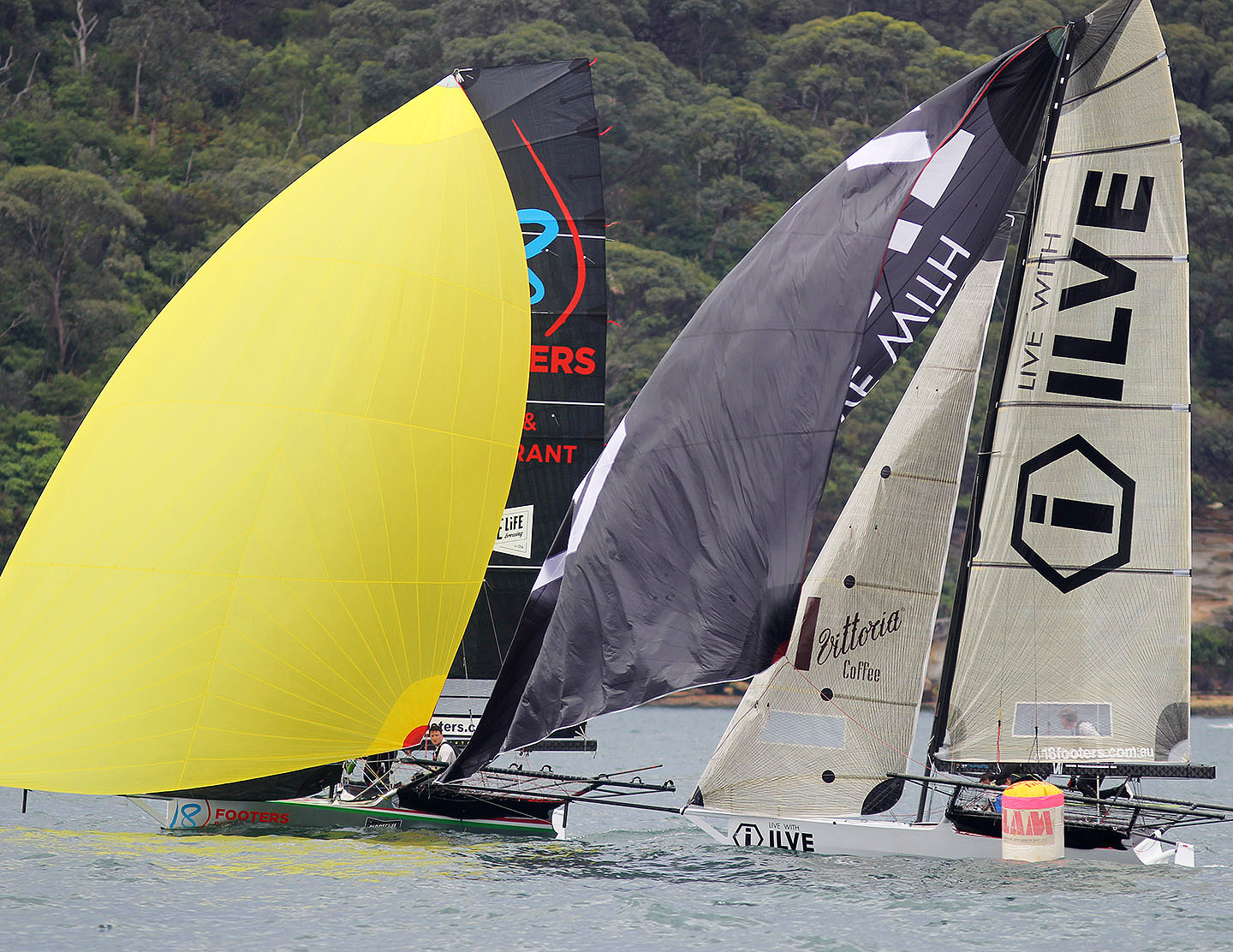 It was a crazy, frustrating day for the crews of the Australian 18 Footers League’s fleet on Sydney Harbour today as they tried to complete the two races scheduled as part of the seven-race Spring Championship series.

There was little, or no, wind in the time prior to the start of the first race of the day (Race 4 of the Spring Championship). And when it did come it came from several directions, which forced race officials to delay the start by 30 minutes.

When the race finally got away, Tech2, The Oak Double Bay-4 Pines and Noakes Youth soon led the fleet towards the first set of windward marks while several teams were left stranded at the start line with no breeze.

Australian champion Jack Macartney and his team of Luke Parkinson and Lewis Brake edged away from the other two teams and it was Shaw and Partners Financial Services, skippered by Tom Anderson, which took the challenge to Tech2 on the spinnaker run back to the bottom mark.

The breeze had freshed and came from the NE as the fleet elected to take a variety of courses back down to the bottom mark.

Tech2 continued to hold the lead and it looked as though the Tech2 crew would go on to score a comfortable victory. But the weather was set to play a role in the outcome as Tom Cunich, Fynn Sprott and Kirk Mitchell in Noakes Youth, her challenger, elected to sail a higher course and benefitted from yet another wind fluctuation to grab the victory.

Conditions were becoming near impossible for race officials as the wind direction changed yet again as they tried to reset a course for another race.

Finally, the second race (Race 5 of the Spring Championship) was abandoned for the day.

With the final two races of the series to be sailed next Sunday, The Oak Double Bay-4Pines leads to points table on 19 points, followed by Rag & Famish Hotel on 20, Balmain Slake (Henry Larkings) on 23, Fisher & Paykel (Jordan Girdis) on 25, Yandoo on 26 and today’s winner Noakes Youth on 31 points.

Races 6 and 7 of the Spring Championship will be conducted next Sunday.

Spectators can follow the racing on board the club’s spectator ferry, however due to the COVID-19 policy, numbers are limited. Booking online through the club’s website www.18footers.com is essential.