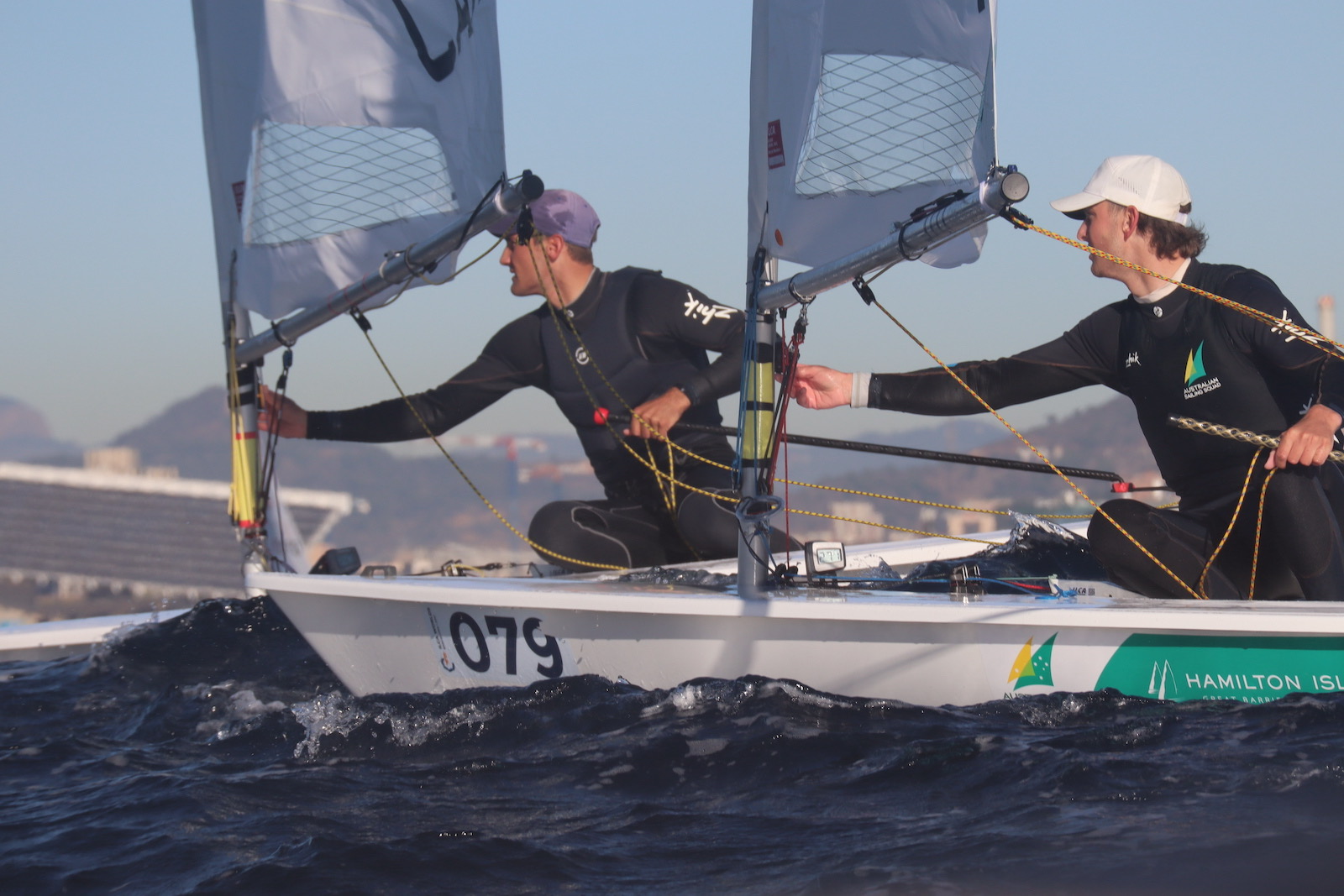 Sailors’ patience was tested on day two of the ILCA 7 World Championships in Barcelona, Spain as all the sunlight of the day was required to squeeze two races in.

The Australian Sailing Team Laser squad responded well to vastly different race conditions across the day, bouncing back after day one of racing was wiped out due to a lack of wind.

Western Australian Luke Elliott started with a bang in the yellow fleet, winning the first race of the competition in fickle conditions.

Sailors were exposed to a cold land breeze in the morning. A shifty racecourse was made even more challenging with a 1.5-meter swell surging from the opposite direction to the wind.

The race was completed, despite the wind dropping to below five knots its final stages. Athletes were then forced to wait until late afternoon before race management were able to commence a second race.

A sudden drop in wind pressure was most unfortunate for Zac Littlewood in the Blue fleet. He lost 10 places in the final stages of the race to finish 17th. Littlewood bounced back well in the afternoon, fighting his way to finish fourth in the final race.

NSWIS athlete Finn Alexander had a consistent day in the varied and challenging conditions. He sits 12th in the overall rankings.

“It was a long day,” Alexander shared. “We came down here and the sun had just started shining and we were in for a big day.”

“It was pretty solid day from me, but a long one so a bit of recovery on the menu tonight,” the Sydney sailor ended.

The second race of the Championship provided a change of pace, with 15 to 20 knots blasting across the race course and swells increasing to 3 metres.

A tough day of racing for 20-year-old Ethan McAullay, who took a Black Flag penalty for the start of race one. In the second race of the day, he found himself in a strong position before having to navigate his way through mayhem at the bottom gate.

It is critical to complete three races overnight to allow the sailors a ‘drop race’ before the fleet is split for the Final series.

The temperature is expected to drop in Barcelona tomorrow, so another challenging day of racing is anticipated.