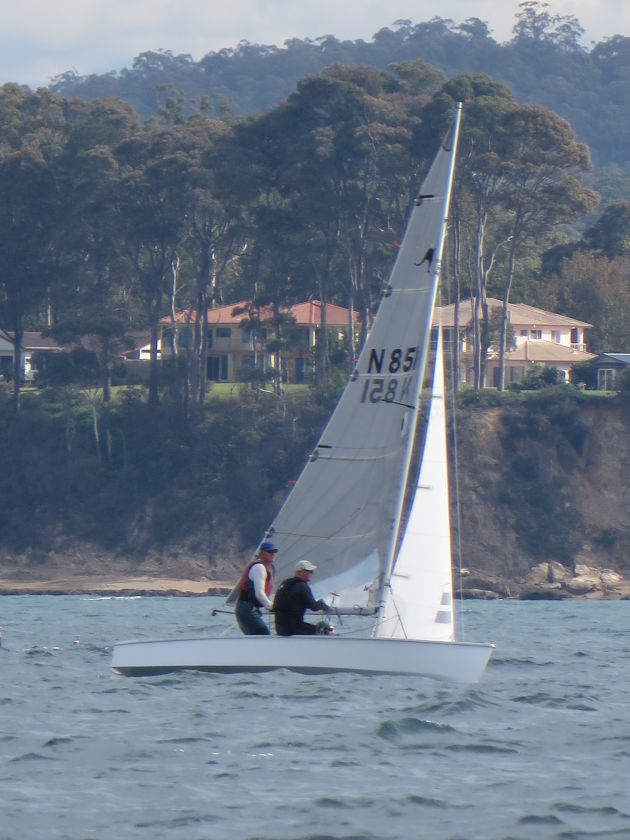 26/04/2017
Fair winds and blue skies greeted the fleet of 59 boats entered in the Beyond Bank Regatta held on Batemans Bay last weekend. The boats ranged from tiny single handed Optimist Dinghies to 25 foot sports boats and 20 foot catamarans with just about everything in between.
The strongest classes were the Lightweight Sharpies with 15 entries, the Hansa 303s with eight entries and the International 505s with five entries. These classes had enough boats to race directly against each other. The other boats were grouped into yardstick divisions, where finishing times were adjusted according to the performance rating of each class of boat.
Most of the boats raced on the offshore course out in the middle of the Bay. Sailability Batemans Bay conducted racing on a course inshore of Snapper Island, which was perfect for the Sailabilty fleet and also some of the junior sailors who made the trip to Batemans Bay.
On Saturday the nor'easter arrived a little late forcing a delay in the racing, but there was enough breeze to get two races in before the wind faded out late in the afternoon. On Sunday the prevailing breeze was a south easter which, although it never built above 10 knots, got all the boats moving well especially the high performance catamarans. The boats sailing the offshore course got two more races in. The inshore course fleet got three short races done before calling it a day.
In the Lightweight Sharpies class veteran Derek Milligan skippered “Zulu” to the win while in the 505s, 5 time national champion Michael Quirk sailed “Swift 'n' Shift to victory. In the Hansa 303 fleet Gerda Lambeck repeated her result from last year with 6 straight race wins. Best of the local sailors was the ever popular Rob Currall, who sailed his Taipan 4.9 “Knockout” to 3rd in the big catamarans division.
The offshore and inshore race management were skillfully coordinated by Race Officers Phil Yeomans and Michael Leydon. Many Batemans Bay SC members provided and crewed on rescue boats or did the vital on shore work. Sailability, Sailing ACT and YMCA SC also sent their rescue boats and crews. It truly was a team effort. Full results are up on the Batemans Bay Sailing Club website www.bbsc.org.au.
Lachlan Brown