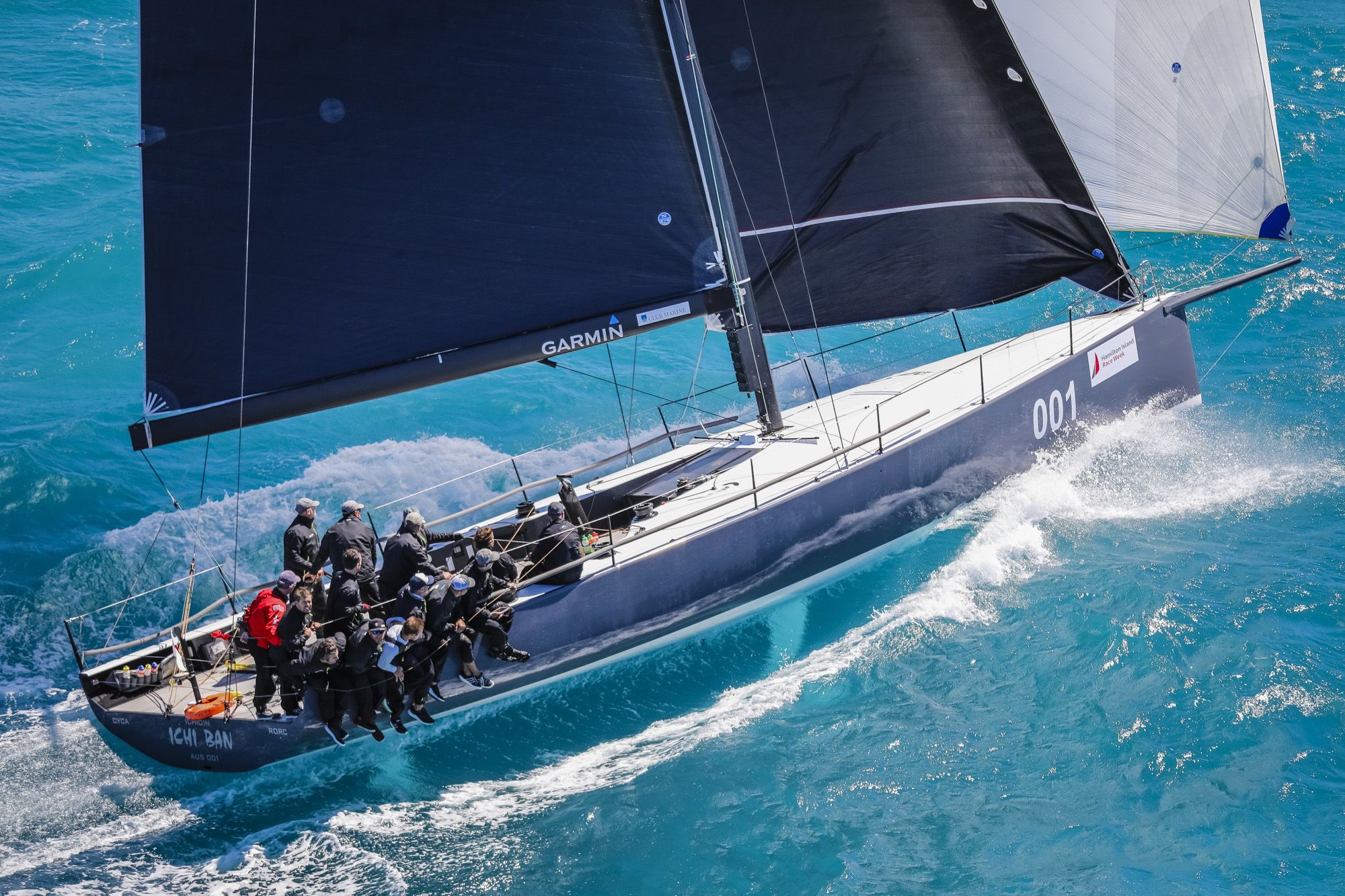 Morning breeze on at Hamilton Island left some opting for an extra layday while those who did venture out in the sou’easterlies were paid handsomely with moderating conditions and another perfect pour of winter sunshine at Hamilton Island Race Week 2018.

Hamilton Island airport’s 36-knot gusts at 9am and whitecaps in Dent Passage were the reasons for regatta director Denis Thompson’s calling for an hour’s postponement to all racing, and why a quarter of the 233-boat fleet opted to remain ashore on Monday August 20.

Thompson’s keen eye and determination to get the fleet on the water was repaid though. “I could just sense the breeze was backing off early and I really wanted to get everyone out racing,” Thompson said. “I think we have a lot of happy sailors this afternoon.”

Competition got underway soon after 11.30am, both in Dent Passage and out at the Eastern course area where the sea-state was confused by 20 plus knot sou’easters from 1.00am this morning. By 1400hrs the wind was back to 12-15 knots on a sparkling day two of the six-day pointscore series that will be decided on Saturday August 25.

Wild Oats XI skipper Mark Richards summed up the day: “that was awesome; it just doesn’t get better. We had great luffing duels with Black Jack …it was full on. We got a bit lucky in the end.”

That’s two line honours wins from two starts for the Oatley’s supermaxi. Peter Harburg’s skipper Mark Bradford said Olympic and America’s Cup yachtsman Iain Percy’s solid tactics helped get the same length Black Jack just in front by Isolated Rock, the second mark of the course, but they weren’t able to hang on to the silver bullet. “We hit our top speed of 20 knots and had a good run back from the island,” Black Jack’s skipper said.

Bradford also congratulated Denis Thompson on his professional race management, “Denis did a great job managing the tide and wind and his course selection was so well done; many race officers would have called racing off altogether.”

Eric Cook’s Tag 60 multihull Stardust was, like many, caught out by how quickly the morning’s heavy airs moderated.

“It was still blowing 28-30 knots less than 15 minutes before the start so we didn’t bother rigging up our spinnaker halyard” said Stardust’s skipper Ian ‘Condor’ Smith. “Then it dropped out big time five minutes before the start. Luckily we had a rigger on board because the holding pin on the halyard lock has to be sewn in place.

“He managed to finish the stitching two minutes before the start, so we could hoist the spinnaker. Mind you he said he stabbed himself at least four times whilst doing the stitching; that’s probably why they call it ‘bitching stitching’!”

John Williams’ Tyee III from Sandringham Yacht Club in Victoria leads Hamilton Island Multihull Division 1 from the Sharon Ferris-Choat skippered Ave Gitana with a mixed Aussie and Kiwi crew. Meet the crew and take a tour of the Crowther 40.

The forecast for Tuesday August 21 is sunny with S-SE winds averaging 12-16 knots, easing to 8-12knots and tending SE-NE during the afternoon. Wednesday is the layday and mid-series break.