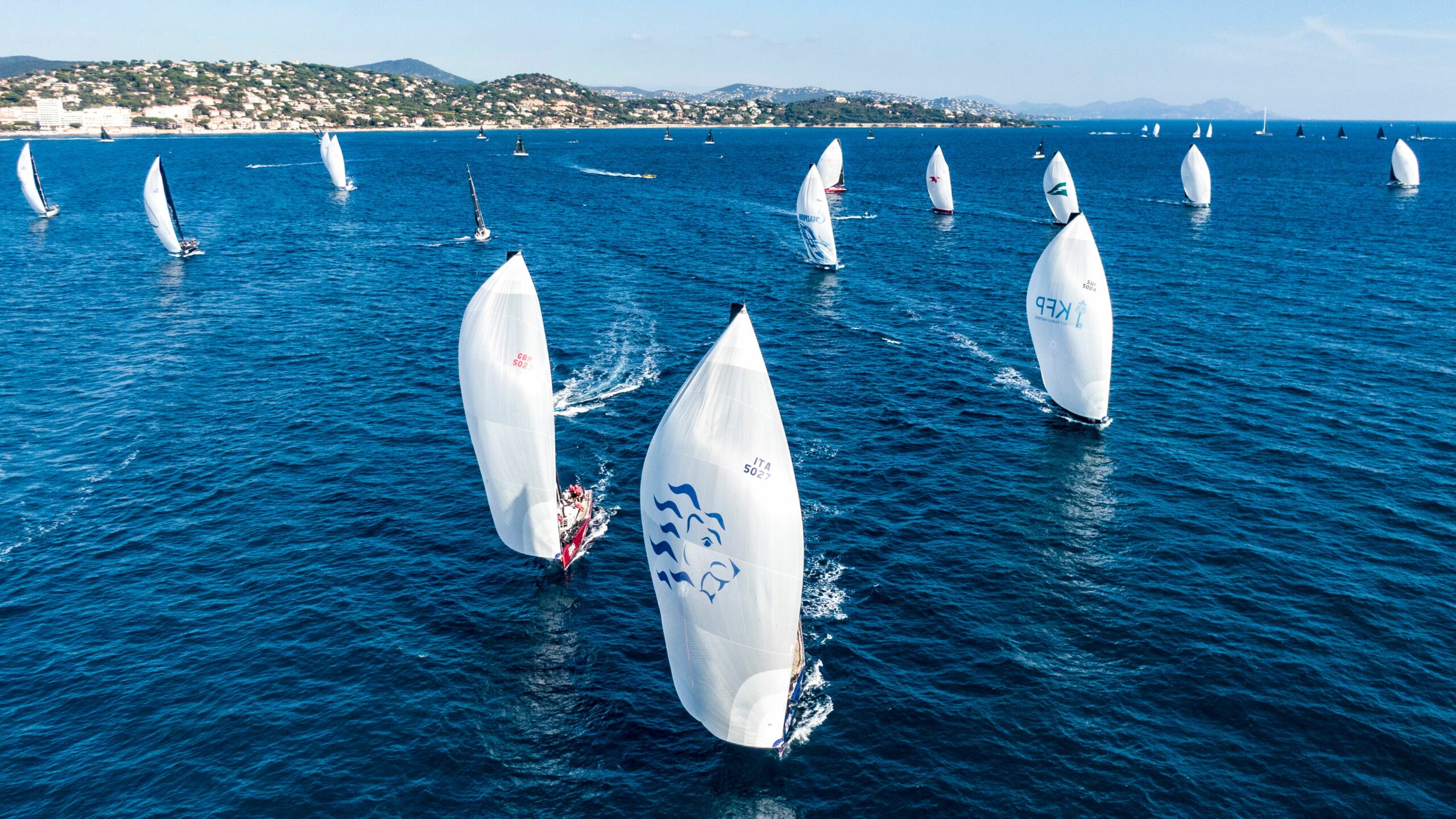 A day of upsets on the course - Studio Borlenghi pic

The Gulf of Saint Tropez kept the surprises coming on the third day of the Swan One Design Worlds, with the wind swinging right round to the east again and signs of a good sailing breeze early on were scuppered as began to drop.

There was still time to get all the classes away for one good race under blue skies and it proved a day for upsets – the special magic of day three had struck. Leaders in every class put in mid-order finishes in the day’s race, giving hope to those snapping at their heels. It largely came down to whether the boats chose to go left or right off the start.

Among the ClubSwan 36 class, Giangiacomo Serena di Lapigio’s G-Spot remains top of the leaderboard, but he was outperformed by the boats that have been challenging hard all season. Edoardo Ferragamo’s ThirtySix took first, followed very closely by Fra Martina and Sixth Sense.

“We did a good job in keeping the boat at high speed all the time,” Edoardo Ferragamo said. “We gave more importance to being at full power and full speed than trying to reach a certain angle. Overall, the team did a great job, so we’re very happy.”

It was the same story in the ClubSwan 42s. Serial winner Natalia could only manage fourth place, allowing France’s Jerome Stubler in Raving Swan to chip her lead down to two points. Barry Sampson’s Long Echo scored a welcome first place which brings him and Koyré – Spirit of Nerina right back into contention.

Success today was no secret, according to Sampson. “We went the right way,” he explained with a grin.

“Everybody started down at the committee boat end, but my guys had worked out they wanted to start on the pin and launched off from there. It was a bit tricky on port tack, because the waves were banging into us, slowing us down as we were sailing pretty fat. We just crossed the fleet and they very nearly got back to us, but luckily they didn’t.”

Lennard van Oeveren’s near perfect performance so far in the Swan 45 received a jolt when his boat Motions came in sixth place today. It allowed Argentinean newcomer Fernando Chain to leapfrog him into first place overall with From Now On. Jan de Kraker’s K-Force took a well-earned win to move into third place overall.

Like the day’s other winners, he stayed left. “It’s shifty weather, so conditions are changing frequently. You need to have also some luck – it’s not all about the sailing,” . de Kraker said.

Perhaps the biggest upset came in the CS50s, where leader Hatari finished in double digits for only the second time this season. Her 11th place in today’s race has seen her overall lead reduced to a single point over Earlybird, while Cuordileone’s race win has propelled her up the leaderboard to third overall.

“We had a very good start and we maintained that, going to the left which paid overall,” said Ferragamo. “We arrived second at the first mark and passed the competitor in front of us downwind. It was a nice smooth race – very tight as usual with the ClubSwan 50s.”

Keyed up by the first race, the fleet spent two hours jilling about in the hope that conditions would steady enough to send off another race. But in the end, the race committee under the direction of Ariane Mainemare raised A under AP to signal no further racing.

“It was the right decision,” Leonardo Ferragamo commented. “It is so unpredictable and to get everybody started, with all it takes, only to cancel the race in between, or to have such unfair situations that is just a matter of luck and not ability – it wouldn’t have been right.”

Daily prizes were presented by Garmin, before the owners and their crews headed on to the glitzy St Tropez hang-out Gioia for the end-of-season party. An auction of unique and valuable gifts from ClubSwan’s sponsors was a fun way to raise funds to support Marevivo, an organisation campaigning to protect the seas from pollution and overfishing.

This was followed by a live performance by Edoardo Ferragamo, helmsman of the CS36 ThirtySix, who got the evening off to a relaxed, friendly vibe.