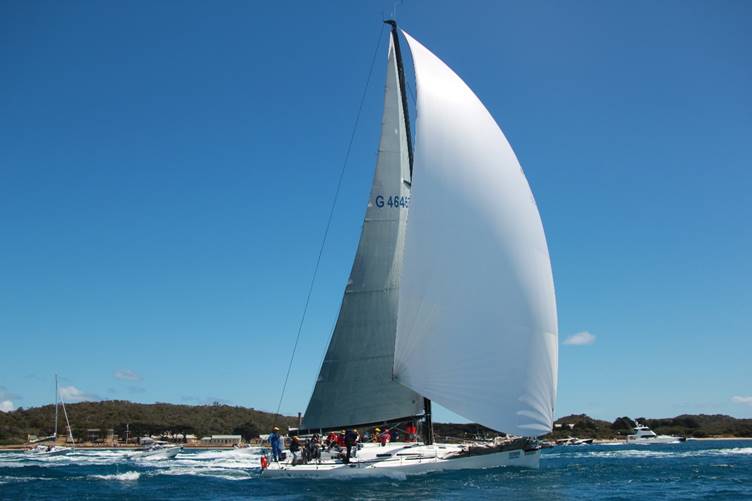 Hobart currently has South Easterly winds of 15 – 20 knots so the fleet will pop spinnakers as soon as they round Bruny Island for a fast run up Storm Bay and the River Derwent to the finish line off Battery Point, Hobart.

At 3:00pm EXTASEA (Paul Buchholz) had around 18 nautical miles to go to the finish and is under spinnaker with a boat speed close to 9 knots. This gives her an ETA at the finish around 5:00pm this afternoon.

ONE FOR THE ROAD (Gary Prestedge) has 50 nautical miles to go to the finish.

A further 75 nautical mile back, SPIRIT OF DOWNUNDER (Laurie Ford) and OCEAN SKINS (Tony Fowler) are neck and neck and have been trading place all the way down the West Coast of Tassie. BLUE CHIP (Ian Lewis) is a further 5 nautical miles back.

The River Derwent can have fickle winds late afternoon, so fingers crossed the current sea breeze stays in for them.