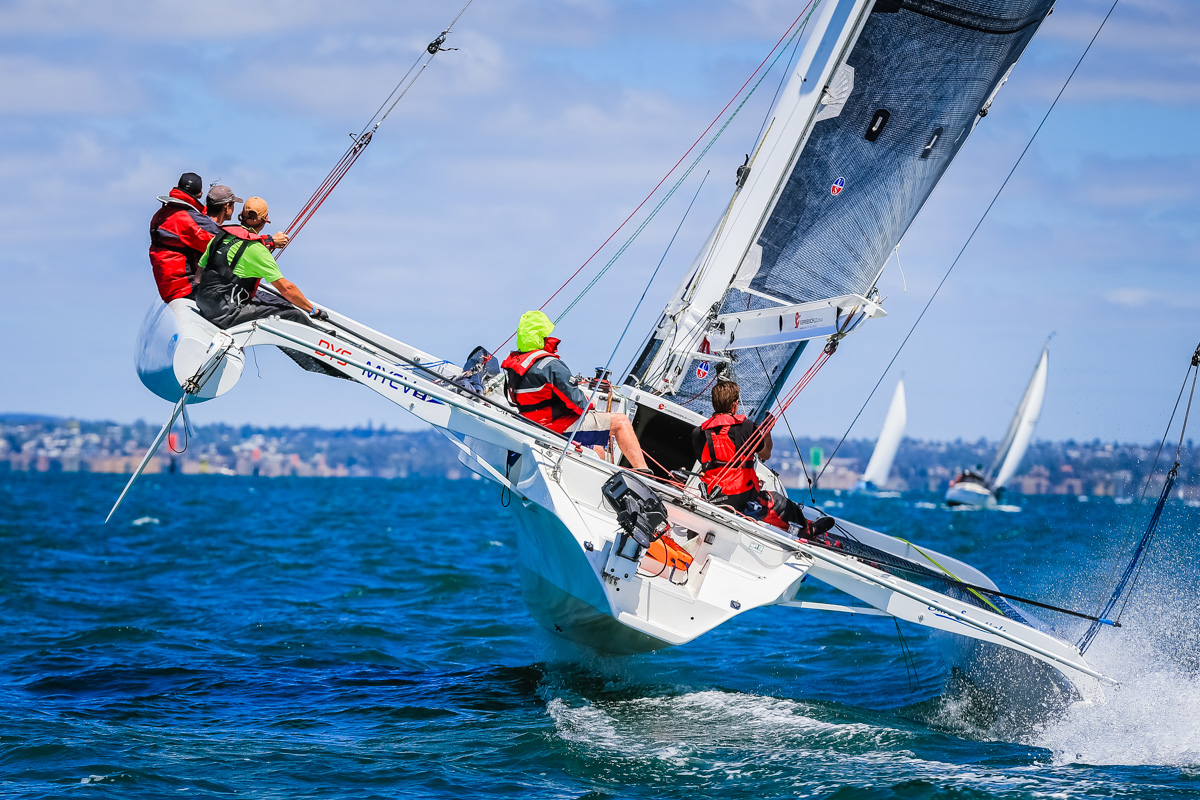 The 50-foot competition at the 2017 Festival of Sails presented by Rex Gorell Land Rover is a good-looking line up of Victorian and New South Wales boats in among a broad spectrum of Rating Series entries, from a classically restored S&S 34 to the Beneteau production boats.

“Primitive Cool is definitely a boat we love to race with and John Newbold is a really good guy,” Bartels said. “He’s on a similar program to us, trying not to over capitalise on our ‘holes in the water’. Because the boats are similarly matched the racing’s always great and it regularly comes down to a line honours race, which is good for both of us. We both lift when we sail against each other.”

Sam Haynes’ Sydney based TP52 Celestial is among the Rating Series start list and it is hoped Geoff Boettcher’s TP52 Secret Mens Business out of Adelaide will round out the heavyweight Grand Prix component.

Celestial can expect plenty of Victorian hospitality from the Terra Firma crew, good guy Bartels promising, “We’ll make sure they get a welcome and if they need something they only have to ask. We know it can be hard for interstate crew as they don’t have the same access to tools, gear and suppliers when competing away from home.”

As for Bartels, he’ll be looking for diversity in the conditions and breeze for his 50-footer to come alive – both in the upcoming Rolex Sydney Hobart ocean race and Festival of Sails to follow – and the team spirit that’s very much part of the Terra Firma philosophy.

“We are looking forward to the Festival of Sails with the bulk of the Hobart crew. We run an amateur program which is something I insist on. It’s a crew not a team of super talented sailors coming together to maximise the boat’s performance, rather it’s about good sailors having a sense of belonging to a boat name. They have to wear their crew gear and it creates a sense of unity.”

The 35-40 foot range is another hotbed of impending rivalry where Scott Robinson’s RP36 How Bizarre (VIC) will match up with Richard Gates’ Archambault 35 Absolut, the wily Peter Sorensen and his new Cookson 12 Philosophers (NSW) and Sorensen’s former Sydney 36cr now called Philosopher (TAS).

A newly added Southern Ocean Multihull Regatta (SOMR) to be sailed on the waters of Port Phillip and Corio Bay from Tuesday 17 January to Friday 20 January is the annual series that traditionally runs over the Melbourne Cup weekend.

The SOMR didn’t go ahead in its usual timeslot of early November due to a conflict with another multihull series. When the Multihull Yacht Club of Victoria proposed Royal Geelong Yacht Club stage it in conjunction with the Festival of Sails the club jumped at the chance to offer keen multi sailors a schedule of short course and passage races.

Commodore of the MYCV Charles Meredith said, “Typically the multihulls at the Festival of Sails have enjoyed a few extra races pre-series and Geelong’s been fantastic with hosting us. This time, given we didn’t have our usual SOMR we thought we’d make all the Festival races count, and Geelong jumped in behind the idea, as they always do!”

Festival of Sails NOR – http://festivalofsails.com.au/seaside-regatta/race-documents/notice-of-race

The Festival’s core sailing component will be conducted January 21-24 then thetrailable boats and off-the-beach boats will take the on-water program through to Friday January 27, 2017.