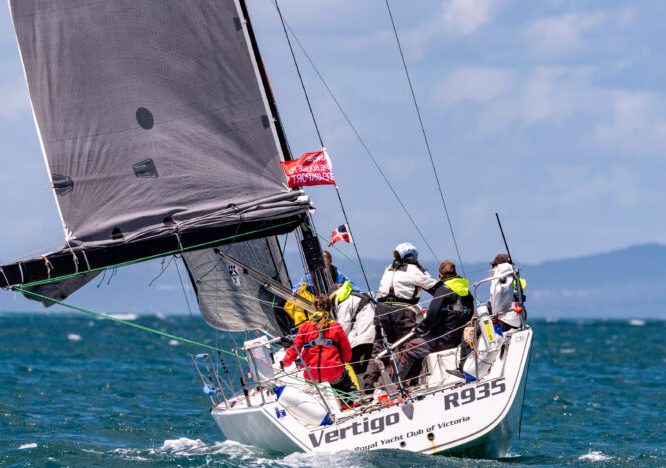 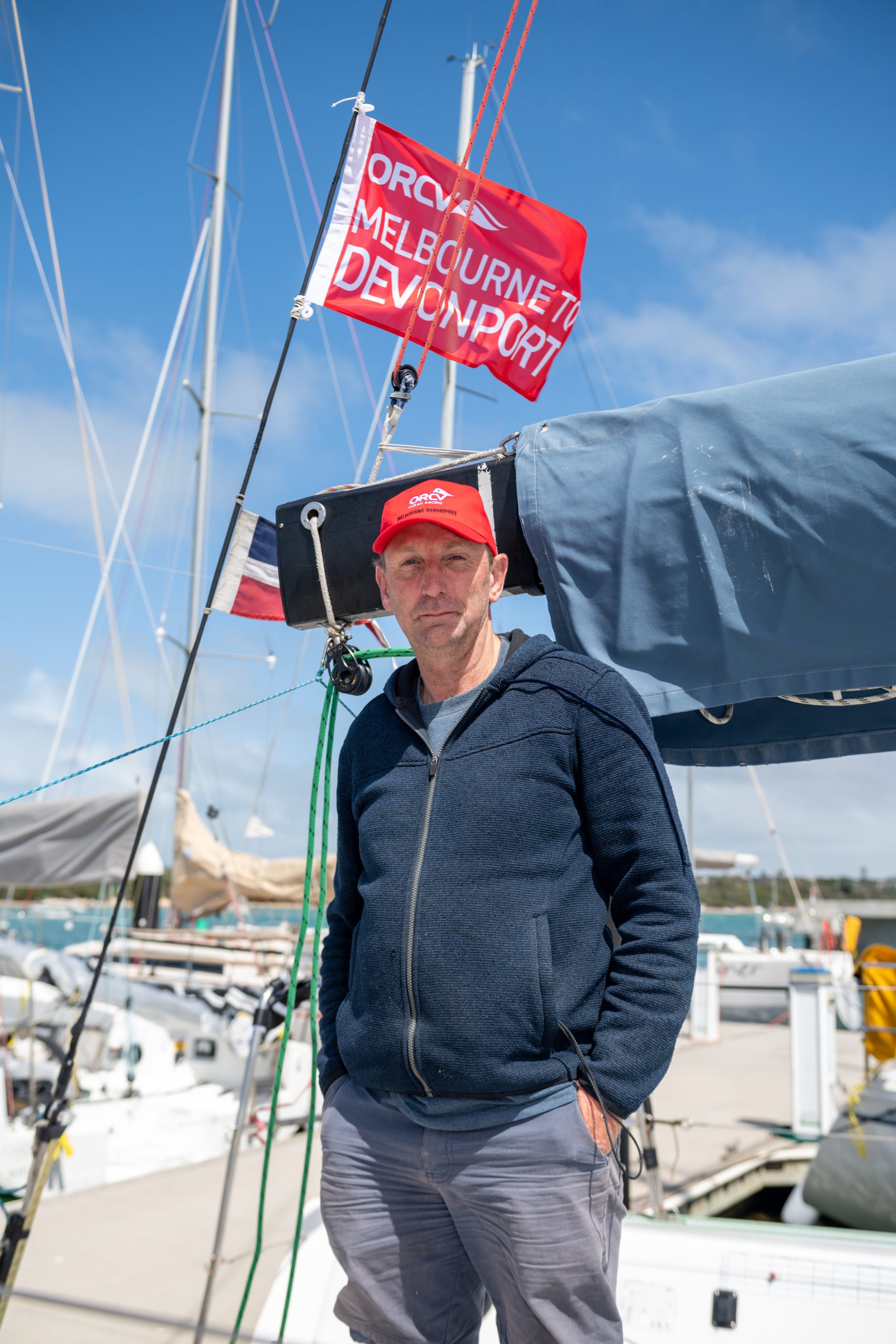 Royal yacht Club of Victoria will be cheering for one of their own this morning.  Tim Olding’s Summit 35 Vertigo floated over the finish line in Devonport at 05:08 this morning to take possession of The Rudder Cup.

The smallest boat in the fleet with a crew of six, four of them female, managed through good tactics and excellent light weather sailing skills to beat double handed sailors Brian Pattinson and his son Tristan on Jones 42 yacht Gusto Solo by some five hours.

The two boats had adopted similar tactics at the beginning of the race when they both tacked to the East after exiting Port Phillip Heads.

Olding commented, “We had studied the models closely before we left but when we were off Cape Schanck we were able to update the model.  We ended up not going as far east as originally planned and started heading south.  Gusto went further east and it didn’t really help them.”

Late yesterday afternoon Gusto Solo was a couple of miles ahead as they both tried to just keep moving in the light breezes.  Olding says they dropped their mainsail and just worked the spinnaker until the wind filled in later.  Olding himself originally from Hobart learnt to sail dinghies on the Derwent River, likewise crew Samantha Bailey learnt her dinghy craft in Tasmania.  Olding commented ‘the dinghy sailing helps with the light wind stuff.’

Evening yesterday as they neared the coast the two yachts were still tied together when a shift came through.  Olding made the decision to jib on the shift Gusto Solo followed the shift and that was when they separated.  They had good sailing until about three miles from the finish when they experienced a 180 degree shift leaving them beating in light fickle breezes to the finish line.  Add to that the harbourmasters instruction to stand aside for The Spirit of Tasmania to come through.

Olding said, “we couldn’t have been happier with the way we sailed, with some experienced and some new people on board it was a good team.”

Vertigo will win The Rudder Cup for the handicap win and the Line Honours trophy double.

Scaramouche finished at 12:54 and will receive the performance handicap and ORC handicap prize.