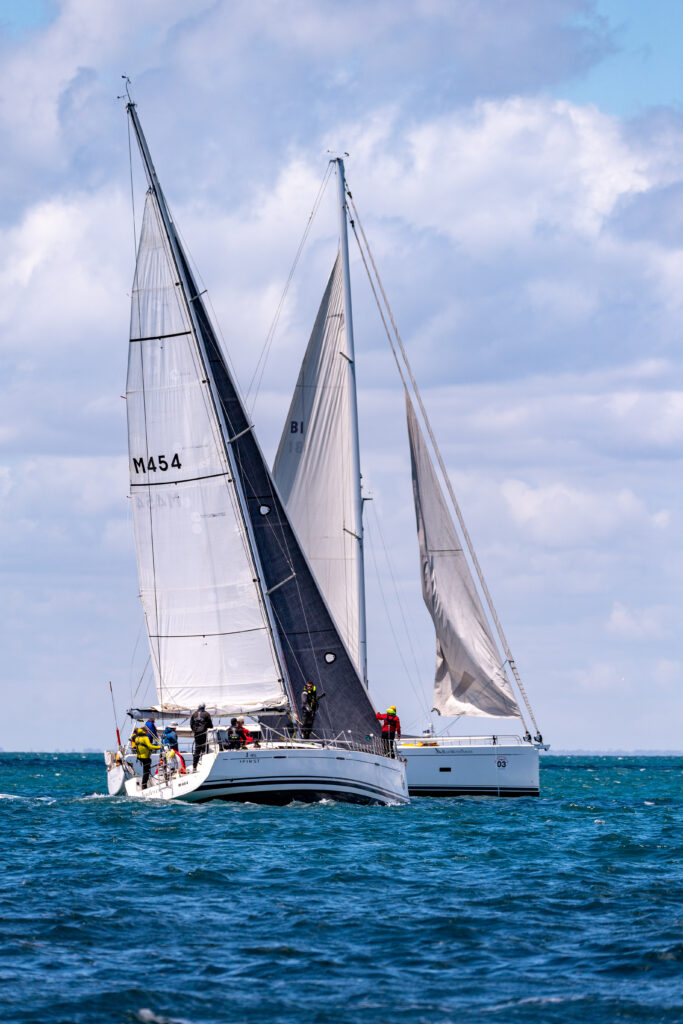 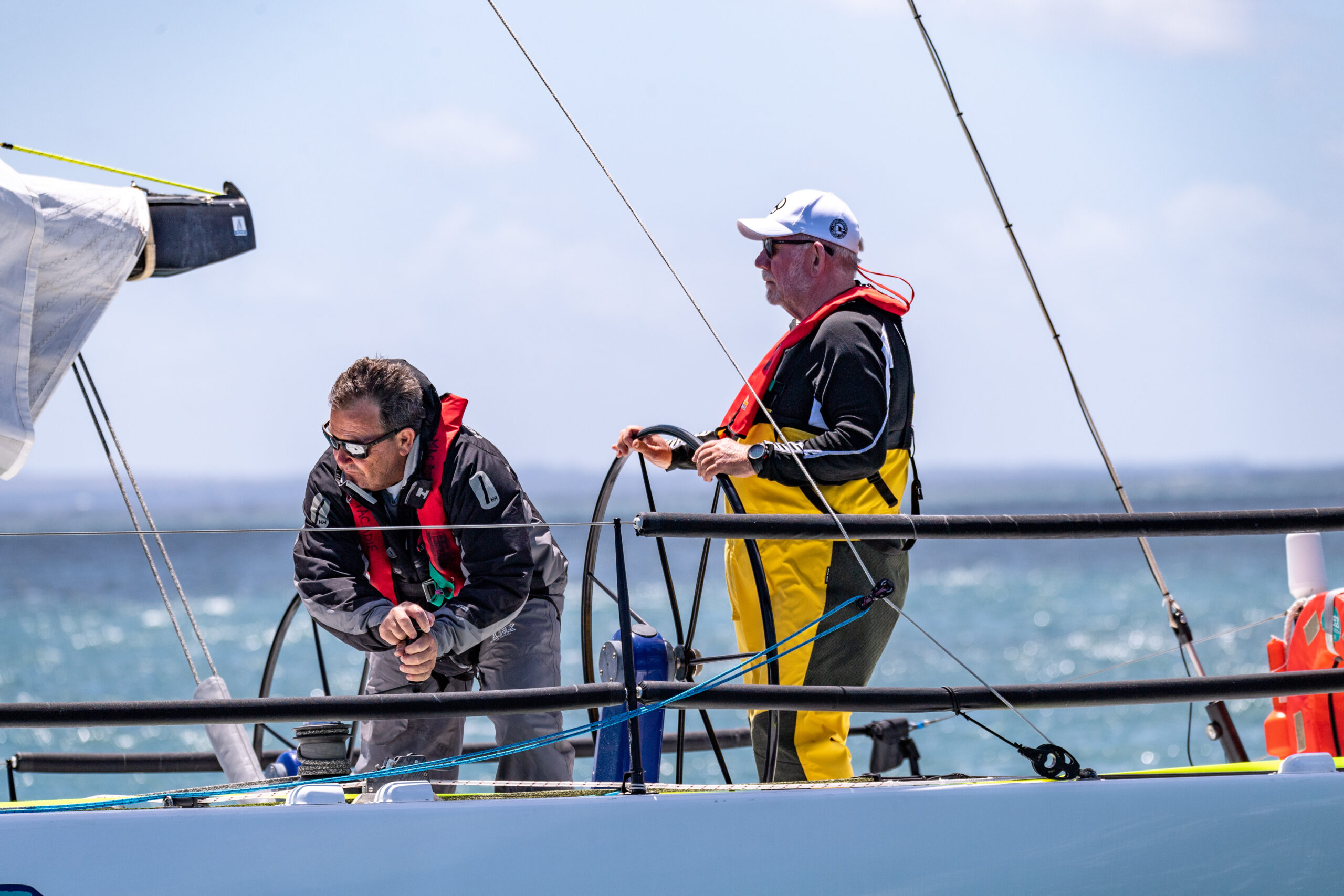 As the Melbourne to Hobart fleet suffer with fickle light winds.

Seven of the Melbourne to Hobart fleet made the unusual choice to round King Island to the west, most of the them have now made it back to the rhumbline.  Only after the results come in will we know whether east versus west was the correct decision.  For at least one yacht, Audere, sticking to the traditional route does seem to have worked well.

Skipper Josh Thring’s Beneteau First 45 Audere is currently leading from some of it’s larger and faster rivals.  Yachts Lord Jiminy, Tevake ll and Faster Forward are in pursuit and working hard to find which side of the rhumbline will give them the best air.

All yachts had a tough night trying to find the best path to Hobart with little light and a confused sea state. The crew of Vagabond reported to Race Director Jeremy Walton last night, “It’s pitch black and to call the winds fickle is a kindness.”

Walton then commented “if they think last night was bad, they are now sailing into worse.  The weather hole off Strahan means they have about 5 knots from the west and it’s going to be like that all day.”

The Bureau of Meteorology’s MetEye shows that light wind ‘hole’ extending from Granville Harbour to Elliot Bay.  Importantly it doesn’t show any change to that pattern until the early hours of Thursday morning.  Those that can make enough progress now to get past Point Hibbs will pick up that new breeze, anyone left near Cape Sorrell may find that the hole just gets deeper into Thursday morning. This can be disadvantageous to the smaller boats in the fleet and affect handicap places.

Walton continued, “it’s those light wind sailing skills that are at the fore again today.  Looking for the lifts and zephyrs and keeping the boat moving is all important.  I have been informed by Blue Water Tracks that they will take the opportunity to make a decent meal while they are in calm seas.”

Early tomorrow will see the fleet enjoy 20 knot westerlies, helping them around the rugged South West Cape and Maatsuyker Island.  For most Westcoaster aficionados this is the most exciting part of the race for both beauty and exhilaration but first they must survive today.