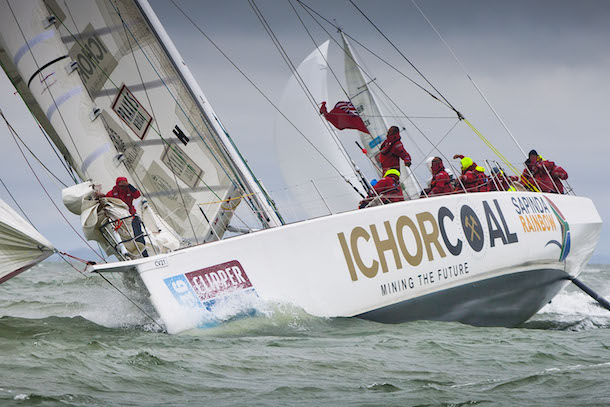 We are deeply saddened to report the death of crew member Mr Andrew Ashman (49) a paramedic from Orpington, Kent. Our thoughts are with his family at this difficult time.

Andy was an experienced yachtsman and was one of the crew aboard the IchorCoal boat (CV21). All other crew are safe and well.

The boat’s skipper Darren Ladd reports that Andy was involved in reefing the main sail, reducing its sail area, in moderate seas just after midnight local time in a strong breeze building to Force 6 (24-30 mph / 21-27 knots), approximately 120 nautical miles off the Portuguese coast heading south towards Brazil in the first leg of the race.

Andy was knocked unconscious by the mainsheet and possibly the boom (although not confirmed). He was given immediate medical assistance and attempted resuscitation but failed to regain consciousness. The boat linked immediately by satellite phone to the medical team at Praxes Medical Group, the Clipper Race remote telemedicine support service based in Halifax, Canada, where a doctor provided additional advice and guidance during the emergency.

A full investigation will be carried out, as is standard practice, into the details of this tragic incident in cooperation with the appropriate authorities. CV21 is diverting to northern Portugal to a suitable marina, to be confirmed, in the Porto area and is anticipated to arrive in the early hours of tomorrow morning, Sunday 6 September 2015.

Clipper Race Founder Sir Robin Knox-Johnston stated: “This is extremely sad news and my heart goes out to his bereaved family and friends, and to his fellow crew who have come to know Andrew with great affection during his training and the early days of this race. Safety is always our utmost priority, as our record shows, and we shall investigate the incident immediately in full cooperation with the authorities.”

In addition to the current race to Brazil, Andy was also due to participate in the Southern Ocean and USA coast-to-coast legs of the race.

Andy had enjoyed sailing since joining the London Sailing project when he was 16. He went on to complete his Competent Crew, Day Skipper, Yachtmaster Theory and Coastal Skipper courses.

The Clipper Race was established almost 20 years ago and this is its tenth edition. This is the first fatality in the history of the race. Over 3,300 amateur crew have been trained and participated in previous races. 700 crew are due to participate in the 2015-16 edition which left London at the end of August.

Race Director Justin Taylor met with Andrew's next of kin this morning and Sir Robin and members of the race team are on their way to meet the team in Portugal.

In view of today's tragic event we are only posting extracts from the Skipper reports which were received before the teams were informed.