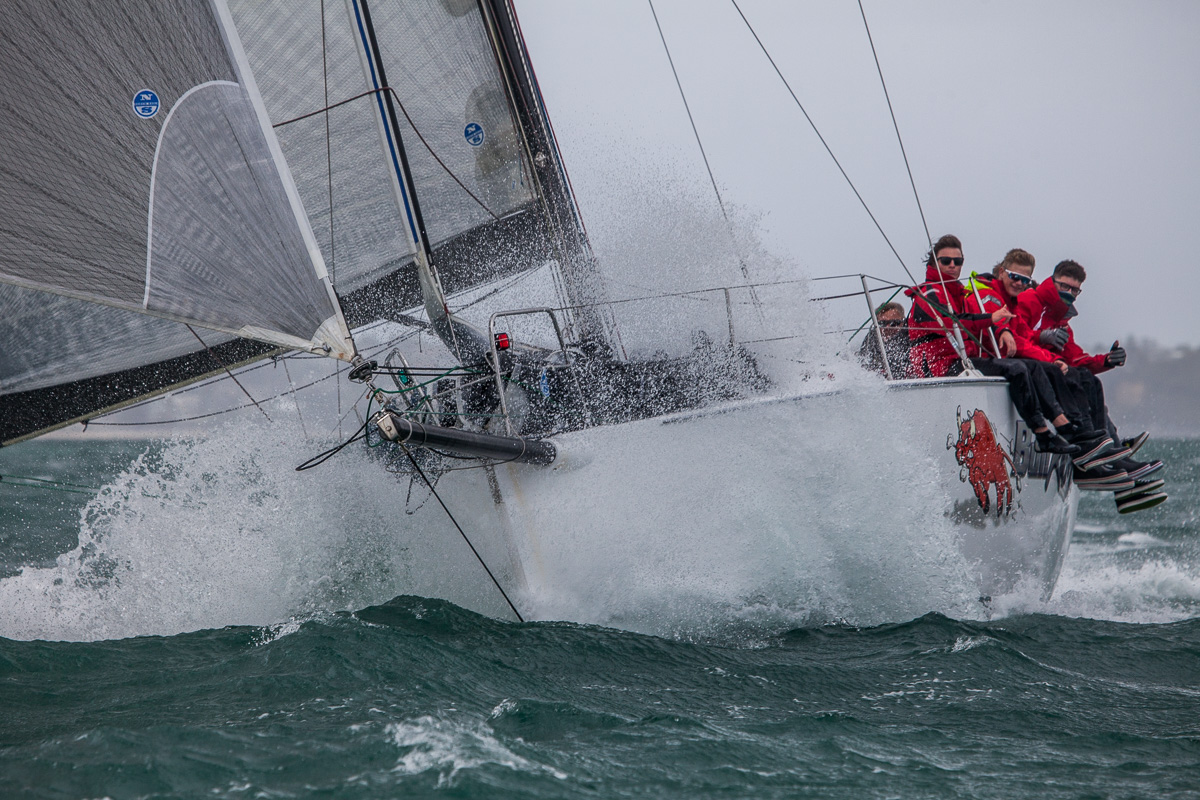 Intense, exhilarating, scary and really fun are some of the words being thrown around Russell today, where crews of more than 150 sailboats are swapping stories of the gruelling 119 nautical mile yacht race they started yesterday.

The 37th PIC Coastal Classic was sailed in testing conditions, with strong winds enabling a fast race and a new overall race record.

Beau Geste, the giant mod 70 trimaran here from overseas, got the gun just a few seconds past the five-hour mark, which has raised a whole new conversation: who could possibly sail this course quicker than that?

The PIC Coastal Classic is one of the biggest races on the New Zealand sailing calendar, and the pride and joy of the NZ Multihull Yacht Club, which has organised the event on Labour Weekend since 1982. Every boat that made it to the finish line this year did so in less than 20 hours, making this one of the fastest races up the coast, ever.

“It was an epic day’s sailing” says Ed Ayre, winner of division 7 and first of the Open 8.5 catamaran class.

Ayre talks us through the race on board Lucifer: “From the start, it was a blazing two sail reach up the channel and out into the gulf. We had a bit on with the waves coming through and big gusts.

“Going across Bream Bay was pretty full on, but once we got past Tutukaka and were heading for Cape Brett, we were in flat water and sat on 19-20 knots for hours and hours. That was fantastic”.

Attitude, another 8.5 class multihull, was just minutes behind Lucifer at the finish line and reported some personal-best top speeds of over 25 knots. Attitude is the current record holder of the 8.5 class (8 hours 1min) – but with yesterday’s 9-hour fast pace, the crew is also seeking to find out how it’s possible to go one hour better.

A new race record was set for the Young 11 class; Force Eleven shaved five minutes off Fineline’s previous record of 12 hours 49 minutes set in the last ‘fast’ year – 2014. One single handed (solo) entrant made it to the finish line, Stuart Innes on his Elliott 770 Real Deal.

The very last boat to cross the finish line at 5:28am Saturday was Joanna II, skippered by brand new owner Cameron Ritter, who only sailed the boat himself for the first time two weeks ago. Recently brought over to Auckland from Australia, the team was thrilled to make it to the finish line and is already planning an attack on the 2020 race.

Also new to the race was Jac Nichols on board Kotuku II, and a highlight for her, like many others doing the race, was the scenic northland coast and time spent with mates.

“The best thing for me was coming through Cape Brett just as it went dark and all the stars came out – it was magic,” says Nicholls, who also happens to come from the event’s very important rum sponsor, Mount Gay. “I did learn one very important thing for next time – warm socks.”

If there’s one thing that competitors will remember about 2019 other than the speed, it’s that it was wet beyond words.