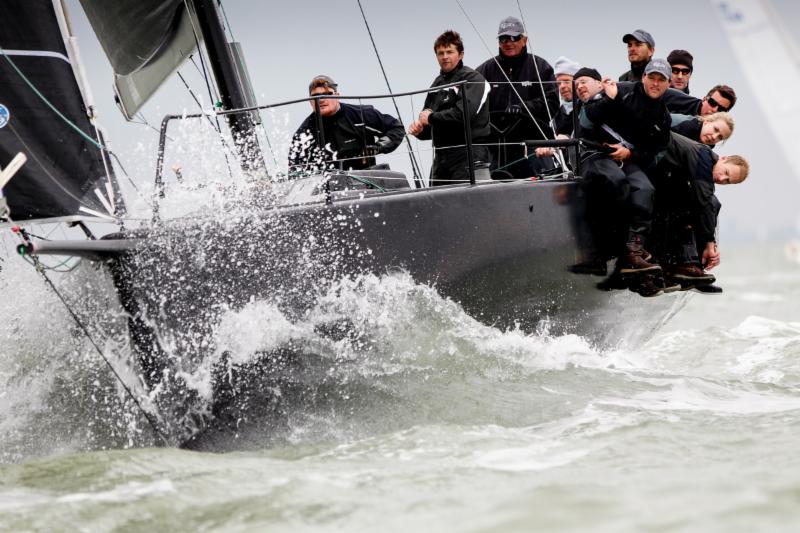 For three days over the bank holiday weekend, the yachting world's eyes will be glued to the Solent as the Fast 40+ class makes its debut en masse at the Royal Ocean Racing Club's domestic season opener, the RORC Easter Challenge.

Between eight and 10 Fast 40+s will be competing and with the fleet expected to grow to 14 this summer, pundits are observing that this class represents the most competitive homegrown handicap inshore keelboat racing the UK has seen since the heyday of the Admiral's Cup.

To those unfamiliar with the Fast 40+, effectively it does what it says on the tin: Boats have an IRC TCC of 1.210-1.270 (although a lower limit of 1.191 is permitted for 2016). To put this into context, original Ker 40s such as Hooligan and Baraka GP represent the slowest, while Peter Morton's brand new Carkeek 40 Mk3, Girls on Film, is at the upper limit, along with American Bill Coates' Ker 43, Otra Vez, and Sir Keith Mills' Ker 40+, Invictus.

Class rules have been broadened for this season to allow more boats in.

“I think it is a natural fit – we aren't trying to force anything, it has just evolved,” explains Robert Greenhalgh, who is Fast40+ Class President. “It has taken a couple of years, but to get – all being well – 10 boats at the Easter Challenge, plus some new ones rolling in this season, is fantastic. All the owners have remained positive and are keen for it.”

And the boats are fast. Greenhalgh, a former 18ft skiff and International 14 World Champion, and a Volvo Ocean Race winner, competes on Sir Keith Mills' Invictus. “The boat regularly hits 20 knots. We saw 23 last year when it was windy.”

The largest contingent of Fast 40+s are former GP42s. At present three are entered in the Easter Challenge – South African Mike Bartholomew's Tokoloshe II, Mark Rijkse's 42° South and Tony Dickin's Jubilee. The GP42 was originally the smaller, no less high tech brother of the TP52 and competed on the Audi MedCup briefly over 2009-2010.

On the secondhand market you get a lot of bang for your buck with a GP42, as South African Mike Bartholomew found when, just over two years ago, he acquired Tokoloshe II. This Botin & Carkeek design, as Madrid, won the final GP42 MedCup season.

“I think it is great for the development of the sport generally, because it has created a lot of enthusiasm,” says Bartholomew of the Fast40+. “And this enthusiasm hopefully will be carried on to other classes as well. Last year there were three or four boats, but this year there is going to be at least 12, so it should be great fun.”

Bartholomew adds that he enjoys the speed of his boat, but the racing is also ultra-competitive. “That was illustrated at Cowes Week last year, racing against Invictus and Rebellion. In one race, after four hours, we crossed the line within seconds of each other, having sailed the whole race changing lead and being in very close contract – it's like dinghy racing.”

“We are really looking forward it – to have 10 similar boats out, all taking it pretty seriously it really exciting,” says Neville. “The HH42 is a little bit heavier and rates a bit better and should perform in the higher ranges.”

In swapping boats, Neville has also had to increase the size of his crew from eight to 11, but enjoys the HH42's speed, having already touched 24 knots.

While boat contact with team RIBs is normally prohibited in the Fast40+, this rule has been eased for the RORC Easter Challenge as the class enters into the spirit of the event being the RORC's season shake-down, training regatta.

With Easter falling very early this year, so far there has been little opportunity for training, so teams are welcoming this event too. Neville is a Easter Challenge regular and acknowledges the worth of the free world class coaching it offers from legends such as Jim Saltonstall to America's Cup veterans such as RORC CEO Eddie Warden Owen and Andreas Josenhans of North U. Regatta Services. “We could be a bit rusty, but the coaches do a good job.”

Racing at the RORC Easter Challenges takes place over 25-27th March with must-attend post-race debriefs occurring daily at the RORC Cowes clubhouse, chocolate egg prizes on offer as well as high level coaching on the water and a socially acceptable finish time on Easter Sunday.