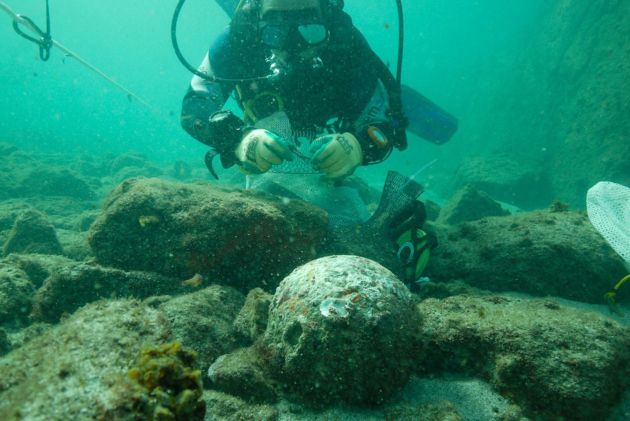 The oldest shipwreck from Europe's Golden Age of Exploration has been found off the coast of Oman, the country's Ministry of Heritage and Culture announced on Tuesday. The wreck is believed to be that of the Esmeralda, which was part of a fleet led by legendary Portuguese explorer Vasco da Gama during his second voyage to India (1502-1503).

The wreck was initially located in 1998 and excavated between 2013 and 2015 by a partnership between the Oman Ministry of Heritage and Culture and the shipwreck recovery company Bluewater Recoveries Ltd., which is directed by David Mearns. Support for the project was provided by the National Geographic Society Expeditions Council.

Analysis of the thousands of objects recovered from the wreck is ongoing, but researchers have concluded in an interim report that the vessel belonged to da Gama's fleet — and is in all probability the Esmeralda. Their conclusion is based on extraordinary artifacts that include a Portuguese coin minted for trade with India (one of only two coins of this type known to exist) and stone cannonballs engraved with what appear to be the initials of Vincente Sodré, da Gama's maternal uncle and the commander of the Esmeralda.

If this is indeed a wreck from da Gama's 1502-1503 fleet, it will be the earliest ship from the Age of Exploration ever to be found and excavated.