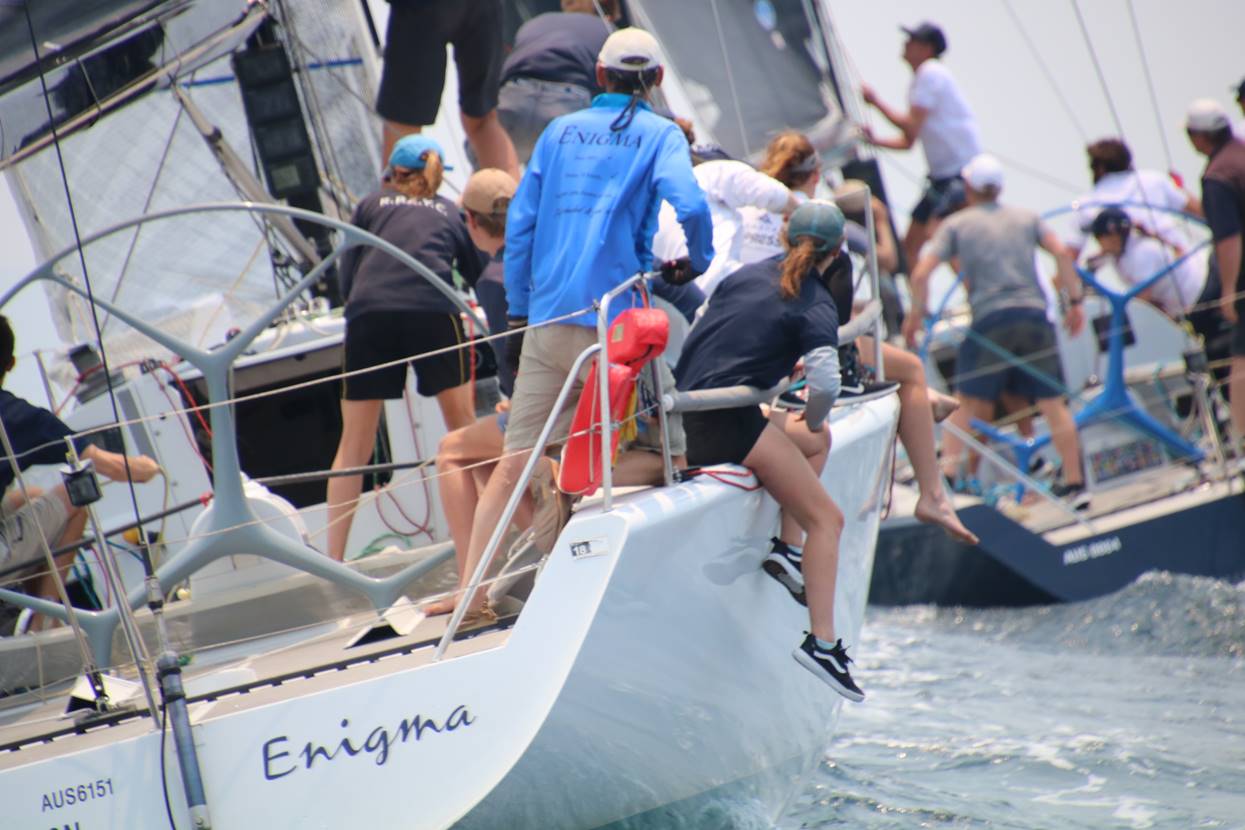 Enigma gets amongst it - Jennie Hughes pic

The first day of the Farr 40 Pittwater One Design trophy was held on the Palm Beach circle, with a nice nor’ easter of 5-8 knots providing perfect conditions for the class’ final regatta of the season.

PRO Steve Merrington did a great job running two classes on one racecourse. After four races, Jeff Carter’s Edake is in first place by just one point, with Double Black in second and Exile in third on joint points.

Pittwater local and owner of Enigma, Robert (Bob) Bennett, worked with Tom Spithill to put together an RPAYC youth development team helmed by Jim Gordon today and Bennett tomorrow. The young team thoroughly enjoyed their maiden Farr 40 regatta and Bennett was proud of their performance.

“Tommy and I work closely together on a lot of things at RPAYC and he suggested a few weeks ago that we get the kids on Enigma for this regatta. My regular crew were only too happy to give up their racing today and I’m an old softie. I just really enjoy seeing happy faces on kids,” Bennett said.

“The crew are all locals who normally race on different boats. We want to develop their skills and hopefully retain them in the Club. Today was the first time they have ever been on a big yacht.

“The average age is 20, and then there’s Jim Gordon and I, who are taking turns at the helm. I’m really proud of how well they sailed today and tomorrow, we are aiming to move up a spot.”

There is no stopping current world Corinthian champion, Edake, and with consistent scores of 1.3.3.2, the crew are on a roll having won the last two regattas.

Rob Reynolds was unable to sail this weekend and handed over the reins to Sam Hill. Hill, no stranger to Farr 40 racing, had an absolute blinder with the experienced crew. The trophy is up for grabs going into the final races tomorrow, with just one point separating the top three.

Racing commences at 12pm on Sunday.