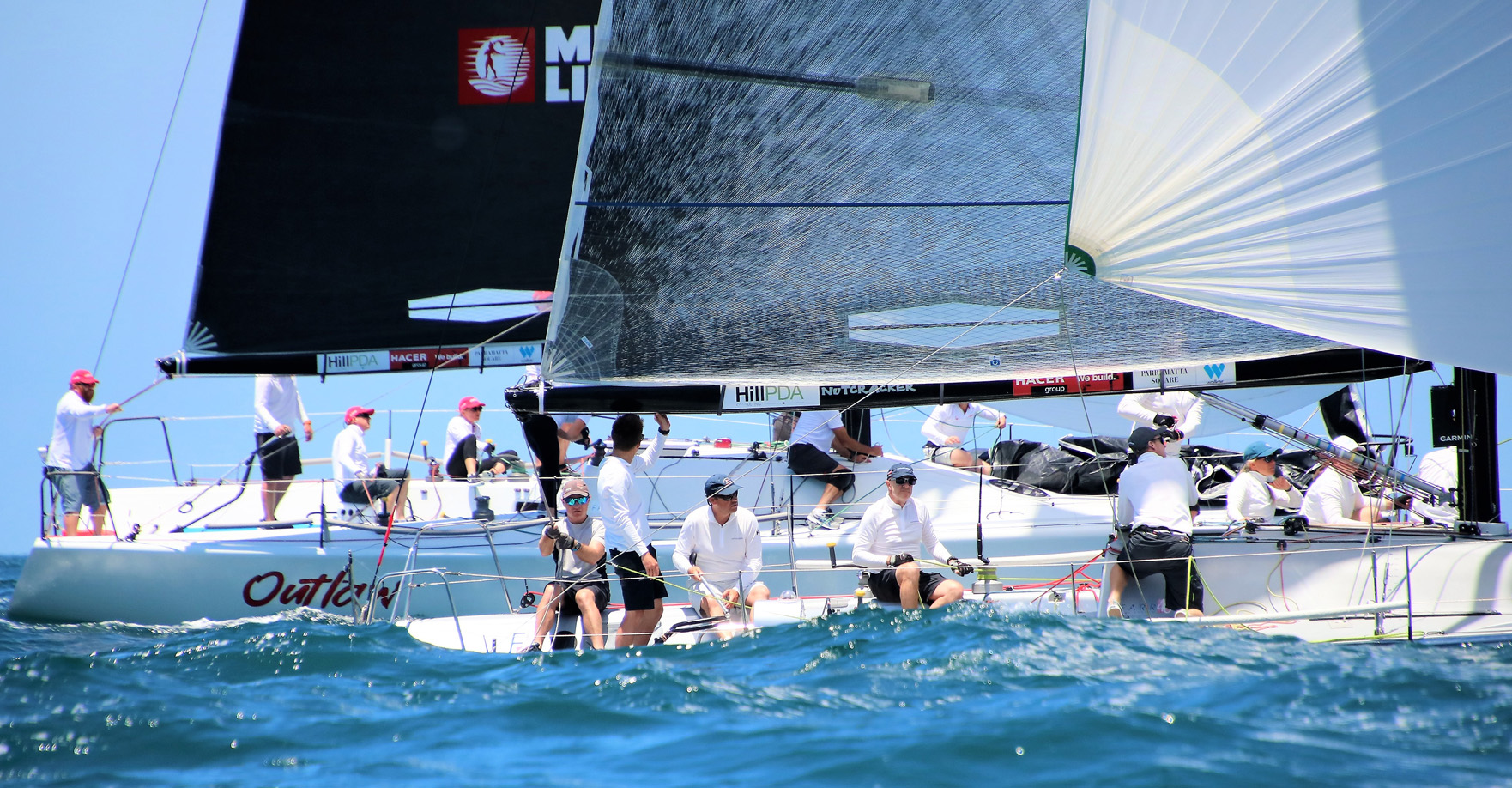 In building nor’easters, Outlaw seized three bullets from four races on Day 1 of the Farr 40 Nationals, only Sam Hill’s Forty able to slow the Quicks’ momentum.

“My team was fantastic; it was a pleasure to go sailing today,” owner/driver Tom Quick said. “The fleet is very tight.”

Back at his club and regatta host, the Royal Sydney Yacht Squadron, Sam Hill commented: “Outlaw is beatable, but they are the team that makes the least amount of mistakes.

“When it gets shifty and when you have a good tactician like I do (Finn Alexander), I think Outlaw can be beaten, but it will be an uphill battle.”

As the sea breeze climbed on Friday, things started to fall apart for some crews.

In Race 4, Gordon Ketelbey’s Zen carried on well past the bottom gate with headsail issues. The newest to the one-design fleet, Jason King’s Solymar, had an epic kite drag at the same gate. And on the downwind approach to the gate, Jeff Carter’s Edake rounded-up spectacularly as the breeze crept towards 20 knots and the chop built.

Third on the ladder after four races is Rob Pitts’ Double Black, sailing for both Sandringham and Middle Harbour yacht clubs.

On International Women’s Day, Farr 40 Good Form’s tactician, Carolijn Brouwer, who has plans to become the first woman to drive an America’s Cup challenger boat in Auckland in 2021, said: “This is the first day and it’s great it’s also International Women’s Day. Just looking at our boat, we have four ladies, and I think every boat at this regatta has at least one sailing – it’s terrific.

“It’s such close racing, if everyone’s not 100 percent at their job, you are going to lose an inch here and there. The little mistakes make the difference. It’s a tough fleet – the Farr 40s have always been a tough fleet,” the international sailor added.

Tomorrow the fleet of nine head offshore to either the Macquarie or Manly circle, when southerly winds of 15-20 knots have been predicted. On Sunday, nor’easters are due back on Sydney Harbour for the final four races.

Racing will commence at 11am daily over the weekend. On Sunday afternoon, the 2018-19 national champion will be crowned at RSYS.