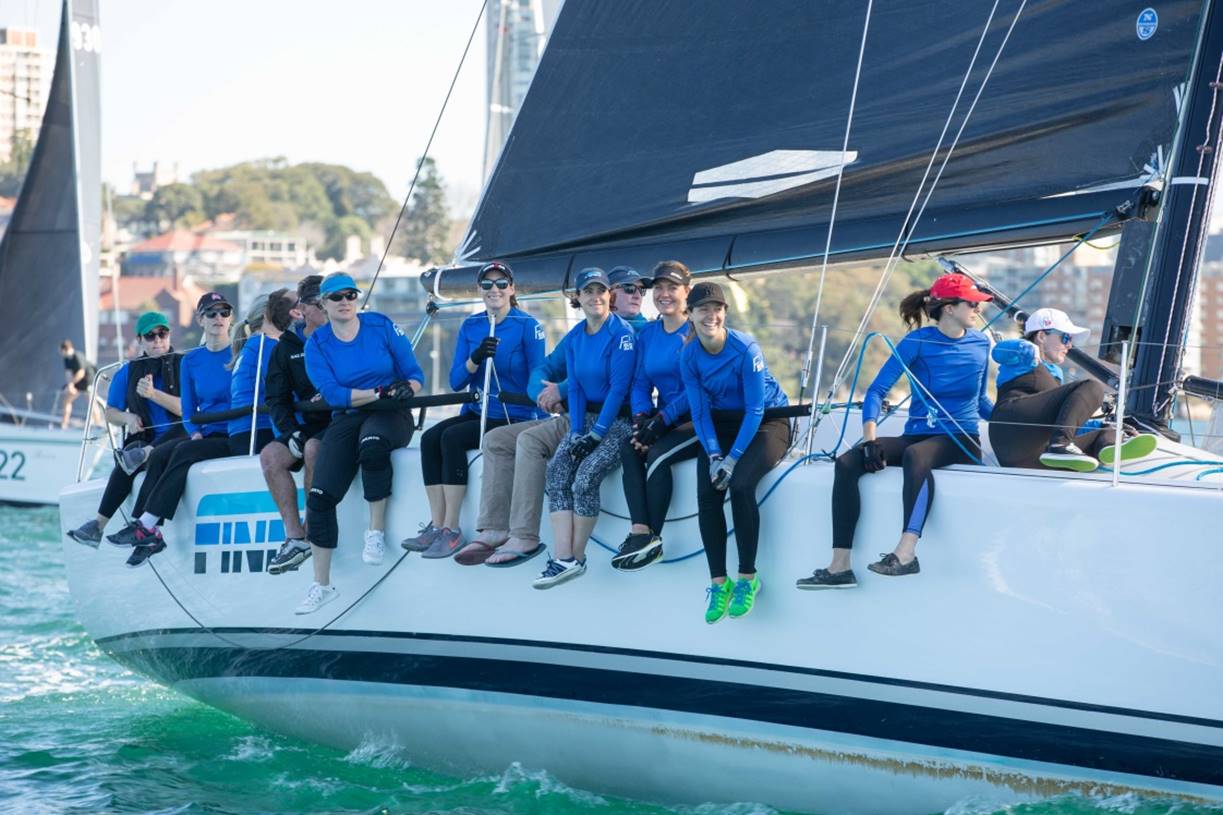 Excitement is building amongst Farr 40 members with the World Championships coming to Sydney in 2020 and teams have eagerly commenced their preparations. The season kicks off this weekend with a social regatta racing offshore and inside the harbour followed by the Class’ infamous beach party at MHYC.

Eight boats will race this weekend including newcomer, Janey Treleaven and the CYCA entry Finn. Janey and her father Ian Treleaven acquired Finn, formerly The Fat Controller, back in 2017 and are looking forward to competing in their first Farr 40 regatta. The predominantly female crew are tipped to give their male competitors a run for their money with impressive results recently of third overall in the CYCA Winter Series and first in the CYCA Spring Series Division 1, IRC. Ray Martin will be calling the shots as Tactician for the Corinthian entry this weekend and the Class is thrilled to have them aboard.

It’s not all beer and beach parties this weekend as two teams have their final hit out before heading over to Long Beach, California to fly the Aussie flag at the 2019 Farr 40 World Championships.

Jeff Carter (Edake) and Nutcracker co-owners, Rob Davis and Andy Baker, have been training through the winter and are looking forward to racing their comrades before heading to the States. Whilst Carter is a regular on the international circuit, it will be the first Worlds for Nutcracker and we wish them well. Follow their results on www.farr40.asn.au/results .

Farr 40 President, Rob Pitts, is pumped for what promises to be an exciting season.

“It’s a big year for the Class. Meetings are well underway regarding hosting the Worlds in 2020 and we are working closely with the RSYS to provide the best sailing and onshore programme possible. International participation is exceeding our expectations and we have already received enquiries for charter boats from German, Swedish and American teams.

It’s looking like we could have up to 18 boats, which will be the biggest fleet in quite some time, so it’s an exciting time for the Class.” Pitts added.