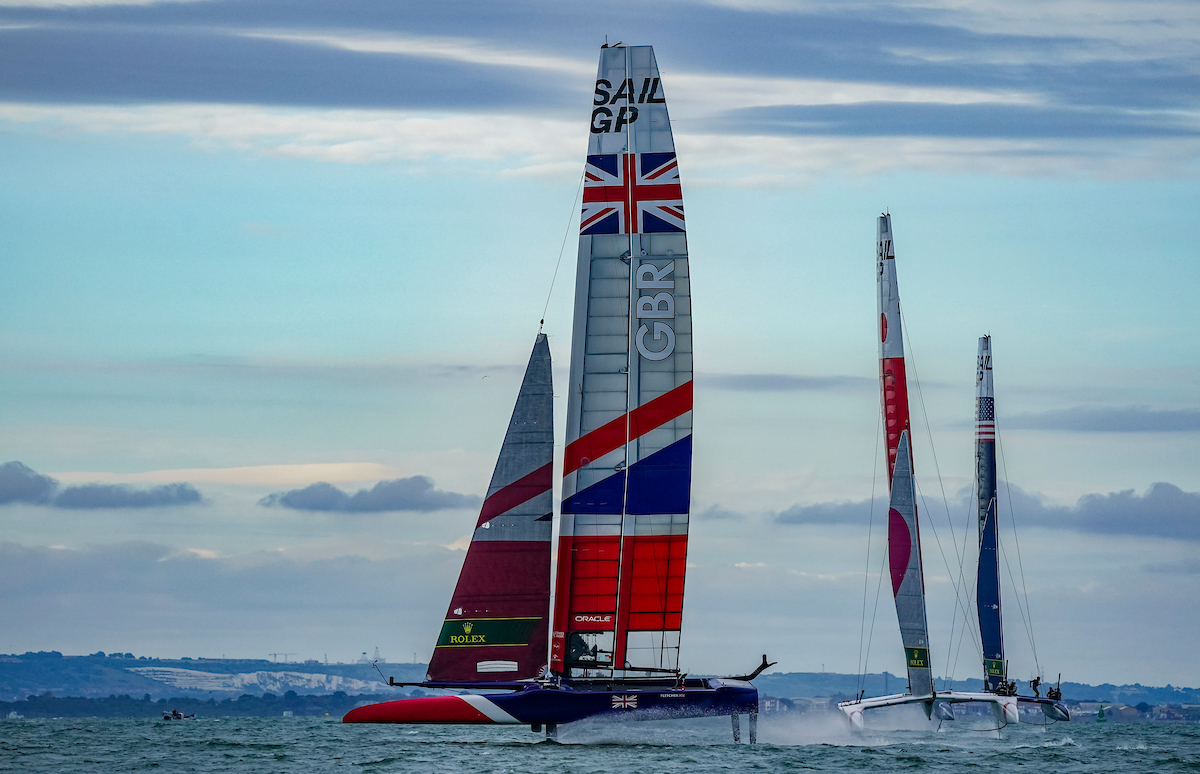 September 10, 2019 – Just ten days out from the first of three nail-biting race days in Marseille for the inaugural SailGP final – where all six foiling wingsailed catamarans will battle it out with a winner-takes-all match race on the final day – and it's all to play for.

The Great Britain SailGP Team, skippered by Olympian Dylan Fletcher, has been reflecting on a year of ecstatic highs and heart-breaking lows in the fastest sail racing boats on the planet. The team members explain how they’re feeling heading into the action on Friday 20 September.

“We have had a roller-coaster of a year so far. It has been action packed for us right from the start. I am really proud of our team and how we have dealt with it given our total lack of experience in these boats, but still disappointed to have missed so many races that has ultimately left us out of the running for the match race. Now we are gunning for that podium spot. I know we can take it if we keep the boat in once piece and sail like we have been,” said Fletcher.

Fletcher, alongside SailGP flight controller and 49er crew Stuart Bithell, is heading into this final event of the season with high spirits, having just won silver in the recent Olympic test event in Enoshima.

At the top of the overall standings after a confident performance in Cowes last month, the Australians lie four points ahead of Nathan Outteridge’s Japanese team. Fletcher and his team are aware it would take a lot for them to now make it to the one-million-dollar match race final however the third-place podium position is very much up for grabs.

Having missed out on six races over the season due to a damaging capsize in New York and dramatic nose dive during the first race of their home event in Cowes, the British team know they have more to give, showing their potential during the official practice racing in Cowes and being the first team to break the elusive 50 knot speed barrier we’ve been waiting for all season.

CEO and Wing Trimmer, Chris Draper, commented: “I felt that our preparation and the rebound going into Cowes from New York was fantastic. We definitely showed that by the way we sailed on the practice race day. The team did a very good post-event assessment and looked at how we could improve a lot following on from New York. Moments like that put a lot of pressure on a team and it bounced back really well.

“As you can imagine we have de-briefed Cowes race day at length. We have talked about the actual bear away and sailing in those conditions, whether we could have continued racing, our processes to assess the damage, how we avoid that damage and so on. The main thing that Joe [Glanfield] our coach has highlighted to us repeatedly with the events of New York and Cowes is that we are very much in our apprenticeship as a team and learning new skills. When you get pushed into areas or situations that you have never seen before, it can be tricky to make the right choices, and both our situations we have come unstuck were extreme situations.”

With one of the unique features of SailGP being open access to 1200 data points across each boat and team, the British team have spent a long time in between Cowes and  Marseille studying the other teams – with particular focus on the Australians – and how they handle their bearaways in heavier conditions.

“As a team, outside of the Aussies and Japanese, I feel like we are right up there in terms of our racing skills and boat speed, but personally I lack the experience of someone like Rome [Kirby – USA Team] who has sailed these boats for so long. The practice racing in Cowes showed how far we have come to win back-to-back races; it was awesome to do that in front of our home crowd. Now we just need to make sure that happens when the points are being counted,” said Fletcher.

Going into this first season of SailGP, one of the Great Britain SailGP Team goals was to enter the last event of the season as a legitimately competitive team, capable of winning races. The team is confident it has achieved its aims and is proud of how far they have come:

“I feel we have the sharpest racers with Dylan and Stu [Bithell], they are racing at the highest level 275 days per year, we have an incredible shore team, our boat is always fast and reliable and a fantastic support team throughout. We’ve built a great relationship with the amazing shared services support team. We are enormously proud of what we have built, and I am certain the results will come very soon,” said Draper.

You can follow the final event of SailGP Season 1 in the UK live on BT Sport, on the SailGP APP or the SailGP Facebook and YouTube channels.