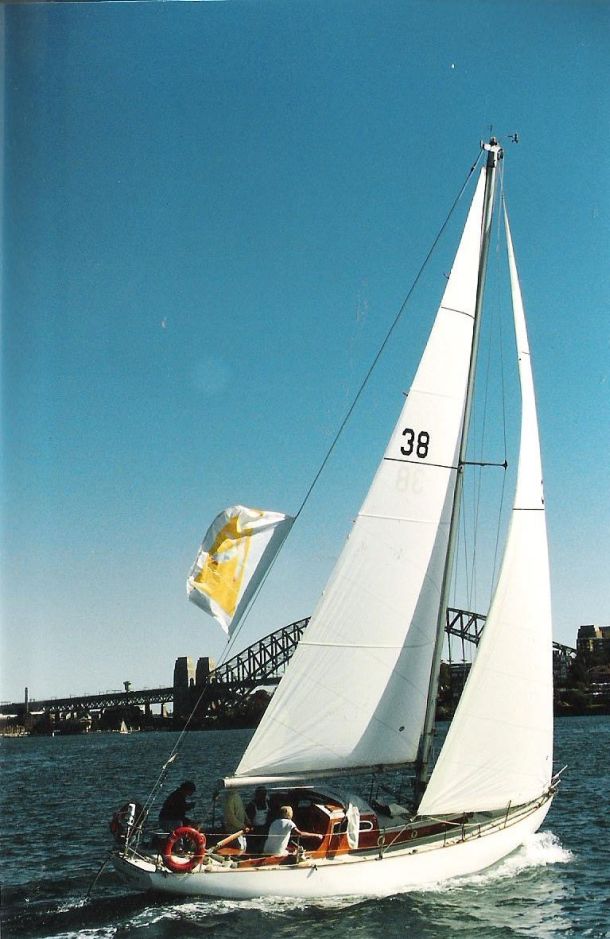 Southerly, the classic wooden yacht most famously owned by the Don Mickleborough for 53 years, and sold to two of his closest friends and sailing companions in 2011, is for sale.

Southerly is the 76 year-old 34-footer designed by Charlie Peel. Mickleborough, who moved from Tasmania to Sydney in 1954, bought the boat in time to contest the 1958 Hobart race. Initially a harbour racer, she underwent major modifications for conversion to an offshore racer.

Mickleborough skippered the yacht in 14 Sydney Hobarts from 1958 until 2000, racing on other equally well-known yachts in between. He amassed an incredible 34 races to the Apple Isle and scored best results with Southerly via a divisional win in the 1994 race and third overall in the 1995 race.

The crew based themselves at the CYCA and were well-known, not least of all for wearing their TGFH (‘The Great Floating Hotel’) crew shirts. The boat even has a song, written by the crew.

In 2011, at age 87, Mickleborough sold his prized possession to close friends and Southerly crew mates, Rob McAuley and John 'Shero' Sheridan. They say the time has come when they can no longer look after the yacht in the manner she deserves.

“Shero and I are in total agreement she has to go – to a good home. She's been well looked after, so she’s in great shape, and looks terrific,” McAuley said. “The sun is shining; it’s a great time to buy a boat.”

Apart from the Hobart race, Southerly raced on Sydney Harbour, particularly in the CYCA’s annual Great Veterans’ race. In typical fashion, lunch was served aboard after each race. In fact, several hearty meals were cooked on the boat during her races to Hobart too.

Apart from being a great yachtsman, Mickleborough was renowned for his culinary skills, and for his ability to cook a full meal in foul weather. The crew tell the story of racing in a huge wind going to Hobart once, with Mickleborough yelling to the crew at four in the morning “For Christ sake stand the boat up, I’m trying to make white sauce”.