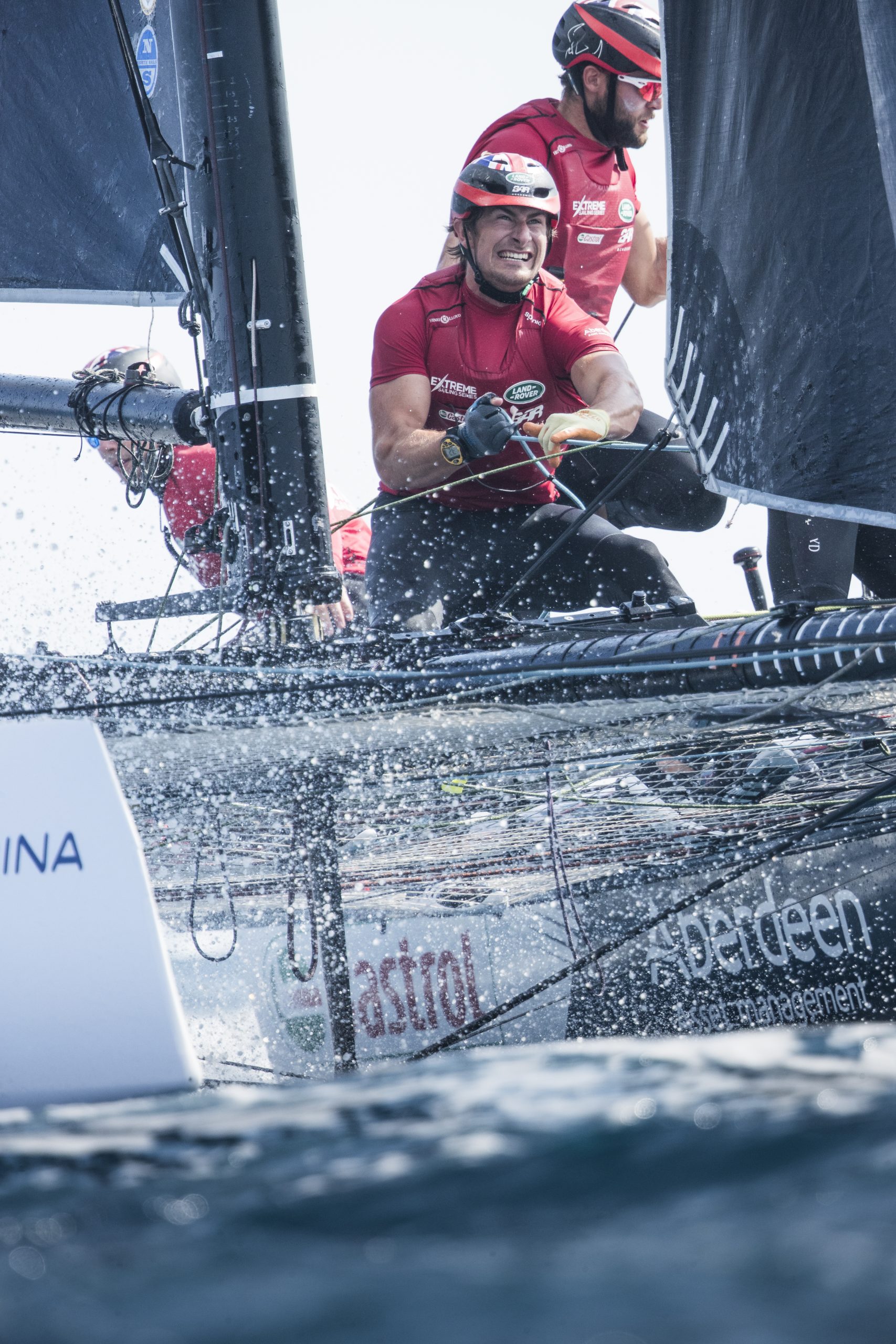 An epic penultimate day of Act 4 of the Extreme Sailing Series™ resulted in changing fortunes across the fleet as a rampant Oman Air shot to the top of the rankings while early leaders Alinghi dropped off the podium.

Ten spectacular races held in glorious conditions on Barcelona's azure waters saw plenty of thrills and spills as the eight international teams fought for vital points ahead of tomorrow's finale.

An impressive scorecard boasting three wins, three seconds and three thirds moves Phil Robertson's Oman Air from third into pole position, while Red Bull Sailing Team end the day in second, just six points behind their Omani rivals, having only finished outside of the podium once.

Robertson, who joined Oman Air at the start of 2017, said: “We kept it pretty simple but our starting was on point and that was the key with reaching starts – if you can get to mark one in good shape then you're doing well.

“We had our trigger pulls locked in and our speed on the reaches was really nice, so that gave us a good position to take the race from there.

“Tomorrow is another day though – we have to come in fresh and hope to find the same form we had today.”

Adam Minoprio, helmsman of SAP Extreme Sailing Team, was equally happy with his team's performance, especially after they stole victory from Oman Air in the dying moments of the last race of the day.

“We had a great day – we started where we wanted to start and finished strongly,” he said. “We're pretty happy.”

Meanwhile one race win and a third place finish were not enough to prevent Alinghi, the overnight Act leaders, slipping to fourth place – unfamiliar territory for the normally well-polished Swiss outfit.

“For sure it wasn't our best day,” Alinghi co-skipper Arnaud Psarofaghis said. “I think you have days like that where you don't start well and you make a few mistakes on the racecourse. But everything is on the table tomorrow – we have some points to catch up on and we will see how it goes.”

NZ Extreme Sailing Team shot out of the blocks with victory in the day's opener but then struggled to replicate that form, only reaching the podium on one other occasion to finish the day in fifth.

Jordi Xammar, the 23-year-old skipper of Spanish wildcard team FNOB Impulse, scored four fourth places in ten races in what is the team's debut event in a foiling GC32 to move into seventh.

It was an achievement not missed by the crowds that lined the stadium racecourse, as they erupted in cheers each time the young crew crossed the line. Xammar and his men repaid the favour with a spot of showboating once racing was over.

Tomorrow's action kicks off with Flying Phantom racing from 10:00 local time (UTC+2) with the main event, the GC32 Stadium Racing, beginning at 14:00.

Fans around the globe can tune in to watch the live broadcast of racing on the Extreme Sailing Series' Facebook and Youtube channels from 14:00 to 17:00 local time.