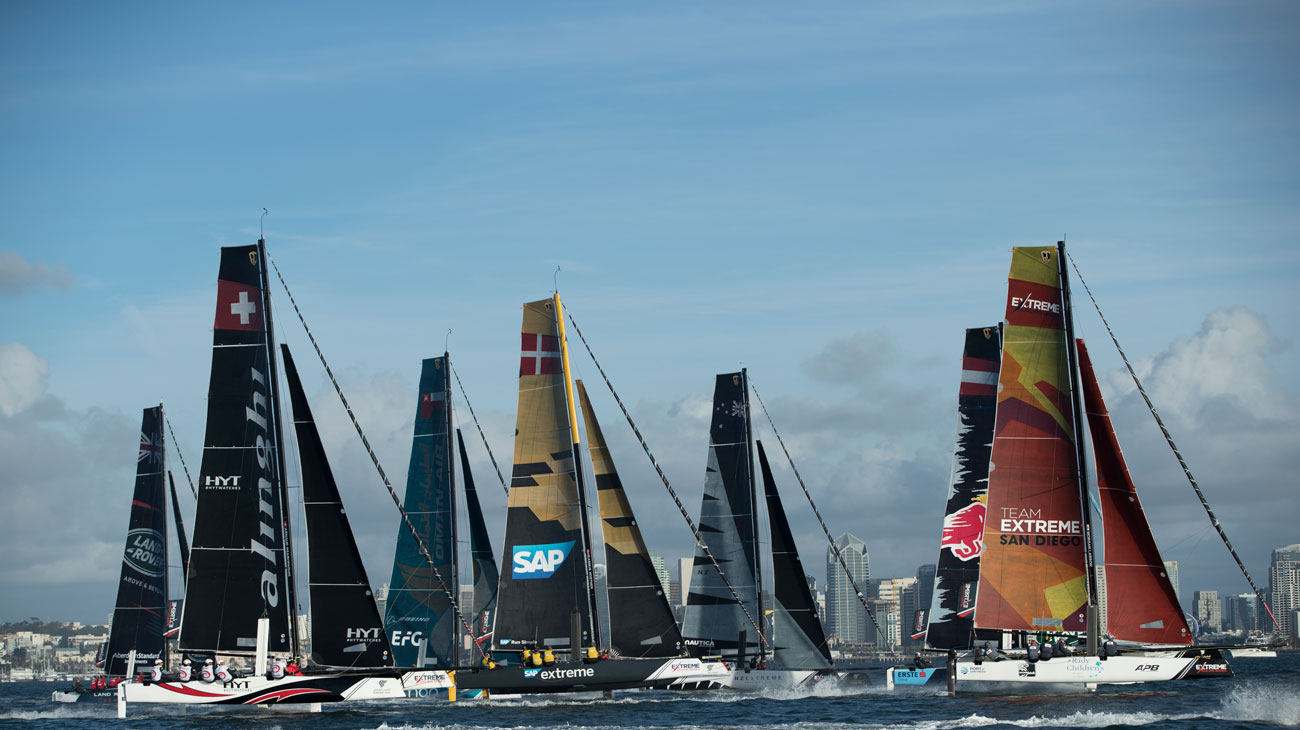 From 24-27 May, the Extreme Sailing Series™ teams of elite level sailors will take to the waters of Lake Garda, Italy, for the first official GC32 World Championship.

Up against rivals from the GC32 Racing Tour, the Series sailors will be giving their all in a bid to top the podium and become the best in class.

The merging of these two talented international fleets brings with it a whole new level of competition, with the Extreme Sailing Series teams gunning for gold in Garda – the second event in their seven-stop global circuit this year.

Fresh from their season opener in Muscat, Oman, the Extreme Sailing Series teams are prepped and ready to fly around the waters of Lake Garda, foiling at speeds of over 35 knots.

“Since the GC32 World Championship was announced, it has been impossible to resist daydreaming of foiling at max speed with a full fleet of boats around you,” said SAP Extreme Sailing Team skipper, Rasmus Kostner.

“It will be one of the big highlights of the year, and we are so excited to be on the line with the competitive fleet of GC32s.”

Team México skipper, Erik Brockmann, is keen to see how his new team measures up against a much larger fleet.

“It will be interesting to see how the fleets match up,” he said. “We may be the newest team in the Extreme Sailing Series but we are still very competitive. There should be some high quality sailing, for sure.”

Lake Garda is famed for its champagne conditions, making it one of the world’s top locations for high-profile sailing events. Oman Air skipper Phil Robertson is looking to build on his experience of last year’s unofficial World Championship in Muscat, where his team took home the trophy – they can’t wait to race in Garda.

“It’s one of the best spots to sail in the world,” he enthused. “To be racing the GC32 World Championship there is a dream. Having both fleets in Garda is great as the start line will be stacked. Myself and the rest of Team Oman Air can’t wait to get started.”

Although a standalone event in itself, the GC32 World Championship is also a point-scoring round for the Extreme Sailing Series, presently led by Swiss team Alinghi. The event in Riva del Garda is an important opportunity to make some significant gains before the fleet heads to Barcelona, Cascais, Cardiff, San Diego and Los Cabos in the months that follow.