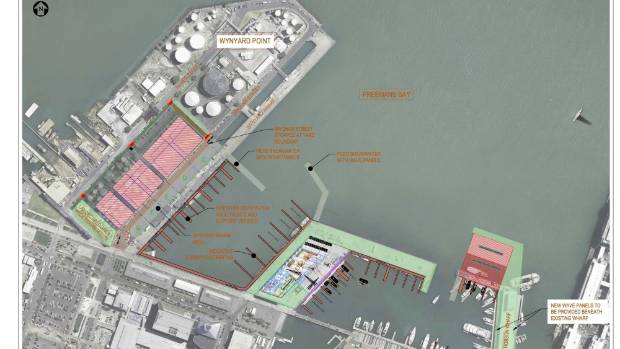 The Government has confirmed funding for the America's Cup with $100 million set aside in the budget.

When a final agreement for the location of the America's Cup costing $212 million was confirmed in late March, the Government announced it would chip in $114m, including a $40m “host contribution fee”. The council agreed to pay $98.5m.

The plan puts Emirates Team New Zealand's base in the Viaducts Event Centre and casts aside an alternative in which the team would have been based on an extended Halsey Wharf.

The final configuration has one base on a Hobson Wharf extension and up to five others on the eastern side of Wynyard Point.

Auckland Mayor Phil Goff said “confirmation of the Government's $100 million towards the America's Cup 2021 will help ensure we create a vibrant event and lasting legacy for the city”.

Construction of the bases is due to begin later this year once the council gets resource consent.

The bases need to be ready by the end of next year when the first challengers arrive in Auckland.

The America's Cup Christmas Race would be held in December 2020, the Challenger Selection Series in January-February 2021 and the America's Cup match itself in March 2021.

The Herald is seeking comment from the minister in charge of the America's Cup, David Parker, about the remaining $14m of Government funding for the cup and timing of the spending.