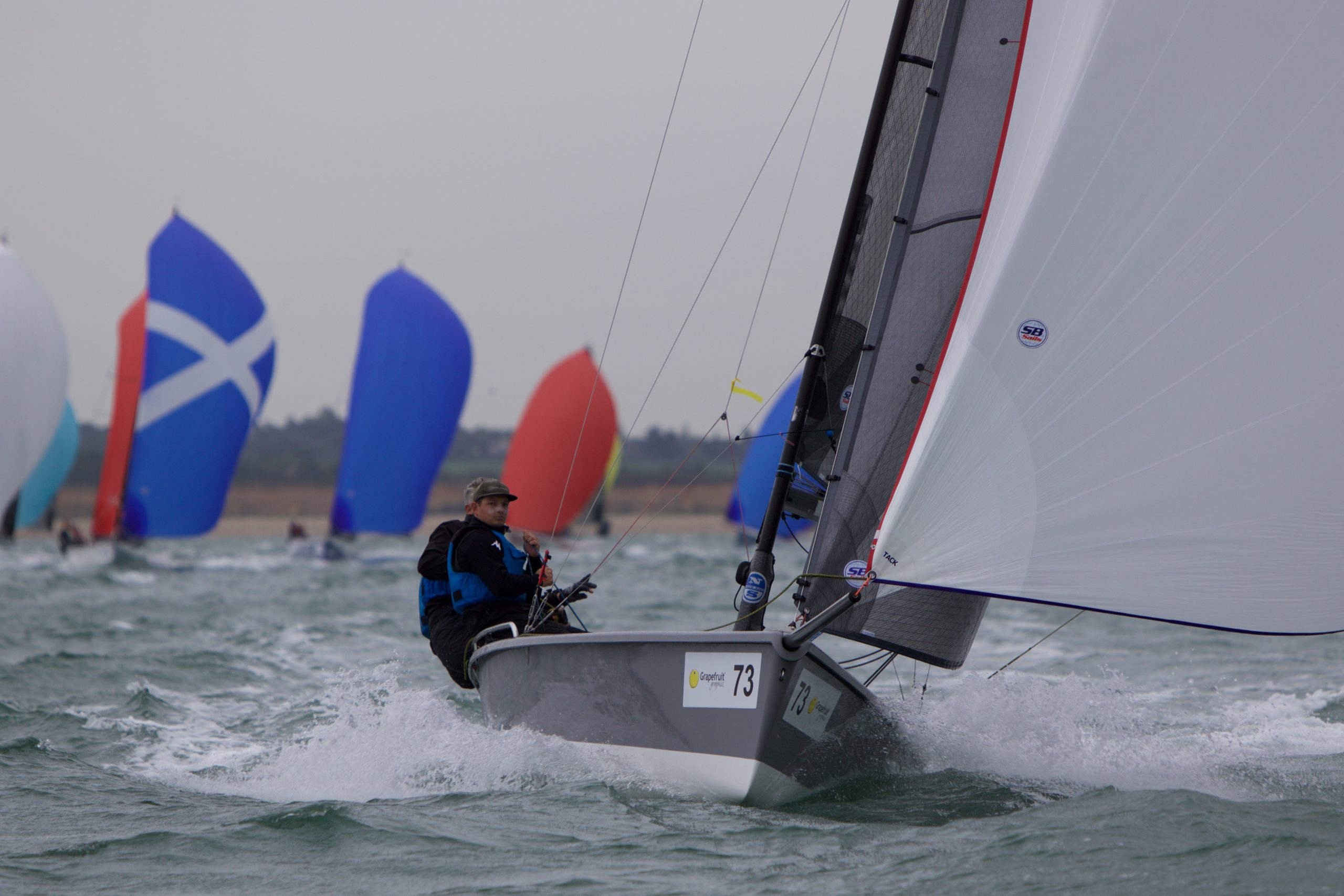 With two wins and a second, Tasmania’s Export Roo has moved further ahead on the overall rankings after day three of the SB20 world championship on The Solent in England.

Cooper is a member of the Royal Yacht Club of Tasmania and the Derwent Sailing Squadron which will jointly conduct the SB20 worlds next January.

Second overall on 10 points are the British yacht Xcellent (John Pollard) and the French entrant Give Me Five (Robin Follin). Xcellent’s scorecard to date is 1-6-9-2-1 while Give Me Five has finished 2-5-2-1-6.

RYS officials got the sailors out of bed early on day three to make the most of the early morning wind and they enjoyed the windiest day so far. There were three good races in a shifty northerly breeze that decreased during the day, keeping crews busy with shifting winds and tide

There are potentially seven more races, with one discard, to decide the world championships among the 40 Gold fleet boats.