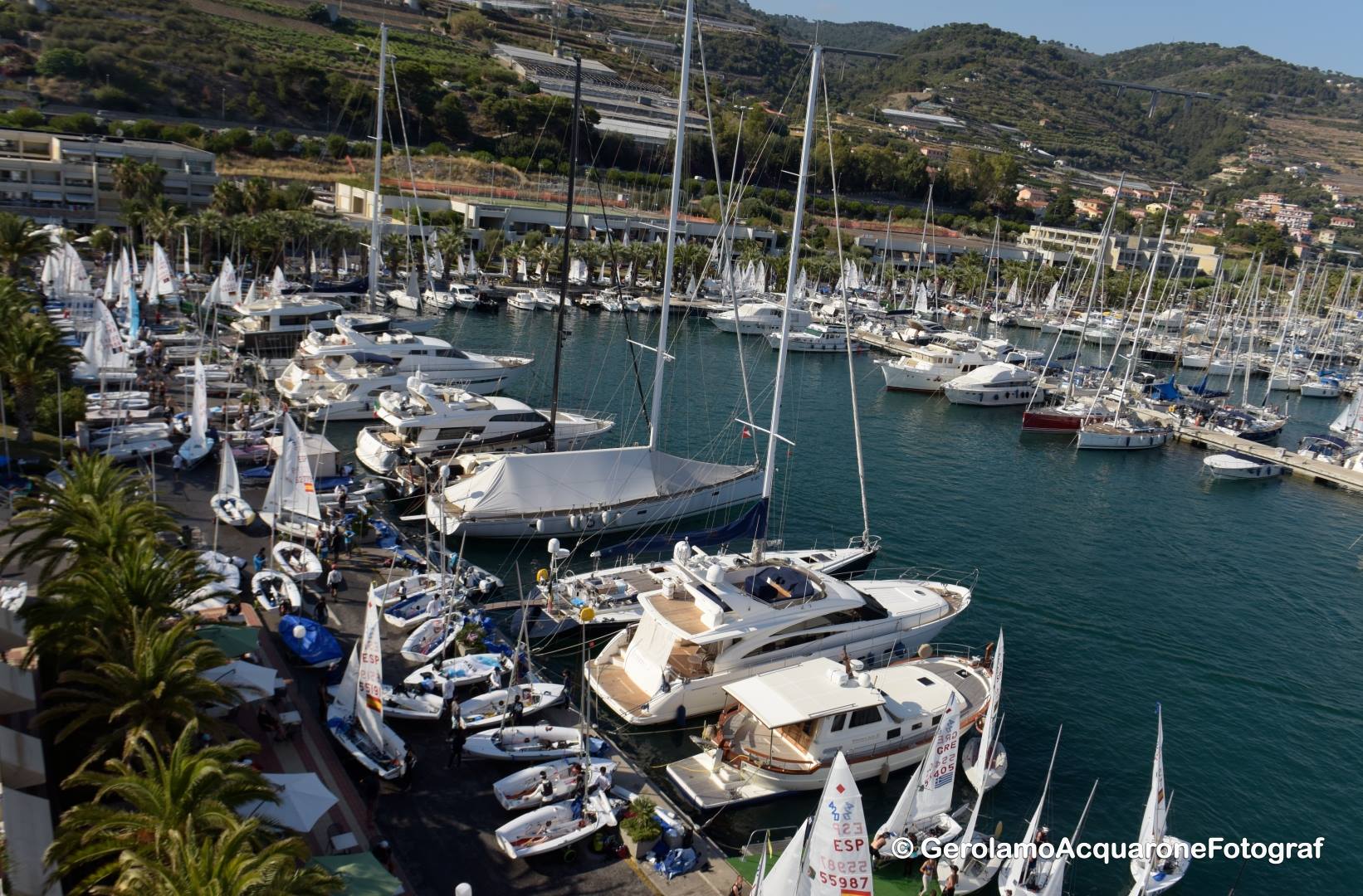 To be held from 6 to 14 May, the 470 Europeans are just a few days away and will be held on the race area just off Marina degli Aregai in Santo Stefano al Mare, on Italy’s Ligurian Riviera, where the very best of the world’s 470 sailors are gathering.

Organised by Yacht Club Sanremo in co-operation with Yacht Club degli Aregai, the Italian and International 470 class, the Championship can boast a truly world class line-up.

Several teams are coming from countries outside of Europe, some as far away as China, Japan, New Zealand, Australia, the USA, Argentina and Brazil. As many as 29 countries will compete, including some newcomers such as the teams from Malaysia and India

The Championship is open to non-Europeans crews too, who can use it as a qualifying event for the Tokyo 2020 Olympics, but cannot compete for the title. Fleets will be split in two groups: Women’s and Men’s which will include the newly introduced mixed crews. In total, more than 115 teams have confirmed their attendance.

The 470 Europeans consist of a series of fleet races and a Medal Race (if more than five qualifying races have been completed) for the top 10 teams in each fleet. Racing will take place on windward/leeward or trapezoid courses.

On Monday May 6, teams will finalise entries and measurement through to Tuesday 7, when the official opening ceremony will take place in the late afternoon in the Marina degli Aregai. Racing is planned from Wednesday 8 to Tuesday 14, with the Medal Races and the closing ceremony.

Among the top guns of the class participating two-time world champion and Olympic silver medallists from Rio, Mathew Belcher and Will Ryan (AUS); New Zealanders Paul Snow-Hansen and Daniel Willcox fresh from winning the Genoa World Series event; Stuart Mcnay and David Hughes from the USA and the Europeans Luke Patience and Chris Grube from the UK.

Joining them are Spain’s Jordi Xammar and Nicolas Rodriguez, Italy’s Matteo Capurro/Matteo Puppo and Giacomo Ferrari/Giulio Calabrò, all in all the first 15 teams of the world ranking will be racing in Aregai.

Dutch team Afrodite Zegers/Lobke Berkhout, China’s Manxi Wei/Haiyan Gao, third in the world ranking and runners-up in Genoa right one spot in front of young Italians Benedetta Di Salle/Alessandra Dubbini, will be the teams to look out for among the women.

The star-studded fleets will be matched by the international Race Committee, led by Italian judges Dodi Villani and Mario Lupinelli, and the International Jury with President Stanislav Kasparov from Bulgaria and Israel’s Nino Shmueli, who acted as PRO at the Rio 2016 Olympics.

Another big name in Santo Stefano al Mare will be Victor Kovalenko, considered the best coach of the 470 class, so much so he is known as ‘The Medal Maker’. Under his guidance nine teams have won an Olympic medal, six of them gold, and mainly for the Australian team whom he still coaches.

The boat
The boat is named after its overall length, 4.70 metres, and is one of the Olympic classes recognised by World Sailing. The 470 was conceived by French naval architect André Cornu for male, female and mixed crews, back in 1963 but that still maintains its popularity because it enables his performances despite being easy to handle and manoeuvre. Thanks to its high weight to sail area ration, the 470 planes effortlessly.

The 470 has been an Olympic class since the 1976 Montreal Games when only one fleet was allowed. Separate Men’s and Women’s fleet were introduced in 1988. The boat is currently sailed in more than 60 countries.