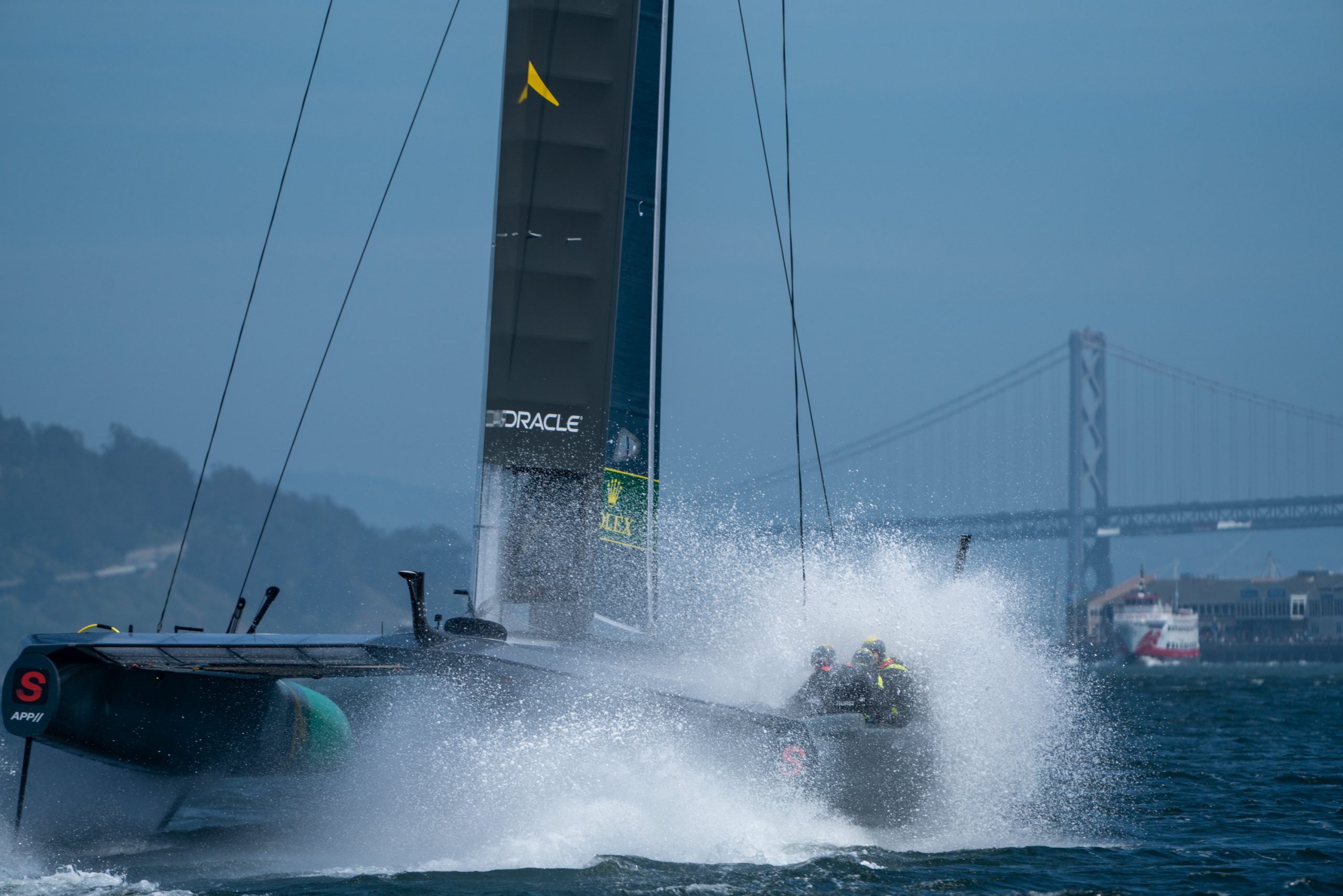 SAN FRANCISCO – May 2, 2019 – The Australia SailGP Team will be gunning for back-to-back wins at this weekend’s second event of the newly formed SailGP, a professional sailing championship featuring teams from the United States, Great Britain, China, France and Japan.

The Aussies captured an epic win in the opening event of the inaugural series in Sydney on February 14-15. Now they’re setting their sights on claiming another famous victory in one of the most stunning and renowned bays in the world.

“I've never sailed here before, and it is epic. I wish we could sail in these conditions all the time,” notes Australia SailGP grinder Ky Hurst, and now a San Fran sailing fanatic.

The Australian team has been pushing the limits of its F50 hydrofoiling catamaran, reaching speeds of up to 52.1 knots (96.5 kph)*, recorded by Coach Philippe Presti's handheld GPS, all with the famed Golden Gate Bridge and Alcatraz prison as a breathtaking backdrop.

“It's a mix of being scared, adrenaline and being excited,” admits Australia SailGP helm Tom Slingsby when asked what's it like hitting these top speeds. “When you get these boats on a track with five other boats, it's pretty incredible.”

During practice races on April 30, the savage conditions whipped the Aussies into a “death angle”, a term the boys have coined for the boat being at a 90-degree angle to the wind, causing a hair-raising crash.

“It was pretty scary, to be honest. We gotta keep adapting to these San Francisco conditions or else it'll get the best of us, but that goes for all teams. Everyone had a bit of a day,” says Slingsby.

The team had been anticipating they would be pushing pretty hard, especially since it was the first time all six teams would be on the water in typical San Francisco breeze. Yet after the crash, it was agreed that they definitely need to reign it in a bit.

The Australia SailGP Team will have to walk a fine line this weekend if conditions keep true to San Francisco's windy nature. Above all safety is the highest priority for all teams and the Aussies’ aim for nothing less.

“We want to keep it clean if we get into any compromising situations, but when we sail within our capabilities, no one will touch us,” said Ky Hurst.

*Speed not officially claimed by SailGP*