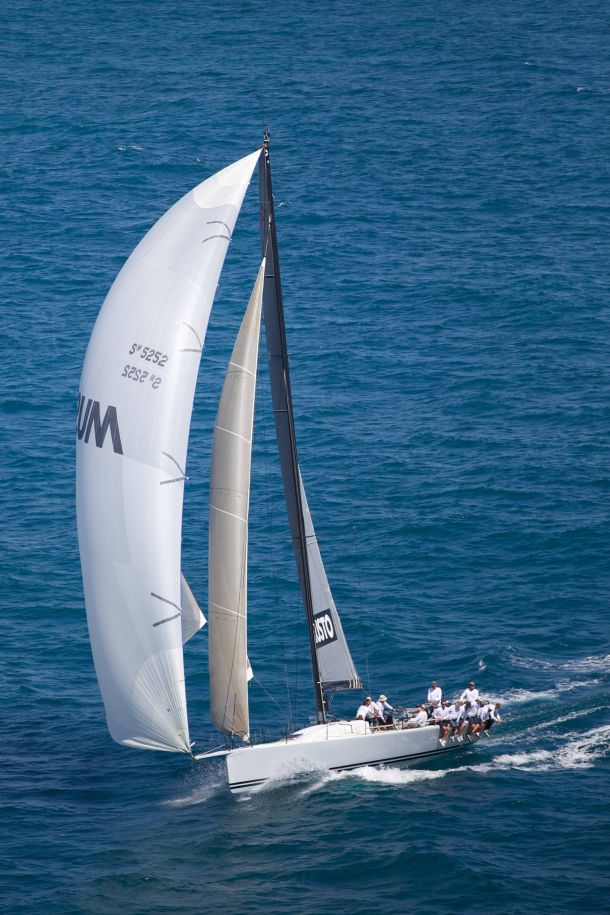 The TP52 Calm will make its debut with a new owner

A promising weather forecast for next Saturday should give Western Australian offshore crews a good workout for the start of the 2015/16 season in the George Law Memorial Foundation Race, a 42 miler that will take yachts beyond Rottnest Island to some fishing markers and back again.

Following the unfortunate passing of Tony Mitchell last year, the TP52 Calm was sold a few days ago to Peter Hickson, whose former yacht ME2 was written off after coming to grief on rocks. Renamed M3 the big yacht is expected to head the fleet but can expect strong opposition from Craig Carter’s Carkeek 47, Indian. The battle for line honours between these two was a highlight of the winter Valmadre Offshore series, and is bound to continue this summer.

Alan Stein’s GP42 Dirty Deeds enjoyed some excellent racing last season and is poised to enjoy more success and is bound to be snapping at the heels of the big boats.

Among the smaller boats, East Fremantle’s Graeme Cole will move up from his Cole 32 to an Archambault 35, Phantom, which he purchased on the east coast during the off season. Clubmate Jamie Weeden will compete in the same division in the Bull 3000, Wild Bull which they campaigned hard in their first season last year.

Todd Giraudo (Kraken II) and Matt Dickman (Fifty Four) will resume their rivalry in the double handed division. These guys are so competitive, yet fully aware of the challenges of sailing short-handed.

Thirty-two yachts will line up for the season opener which will reveal a great deal about the pecking order for 2015/16 season.