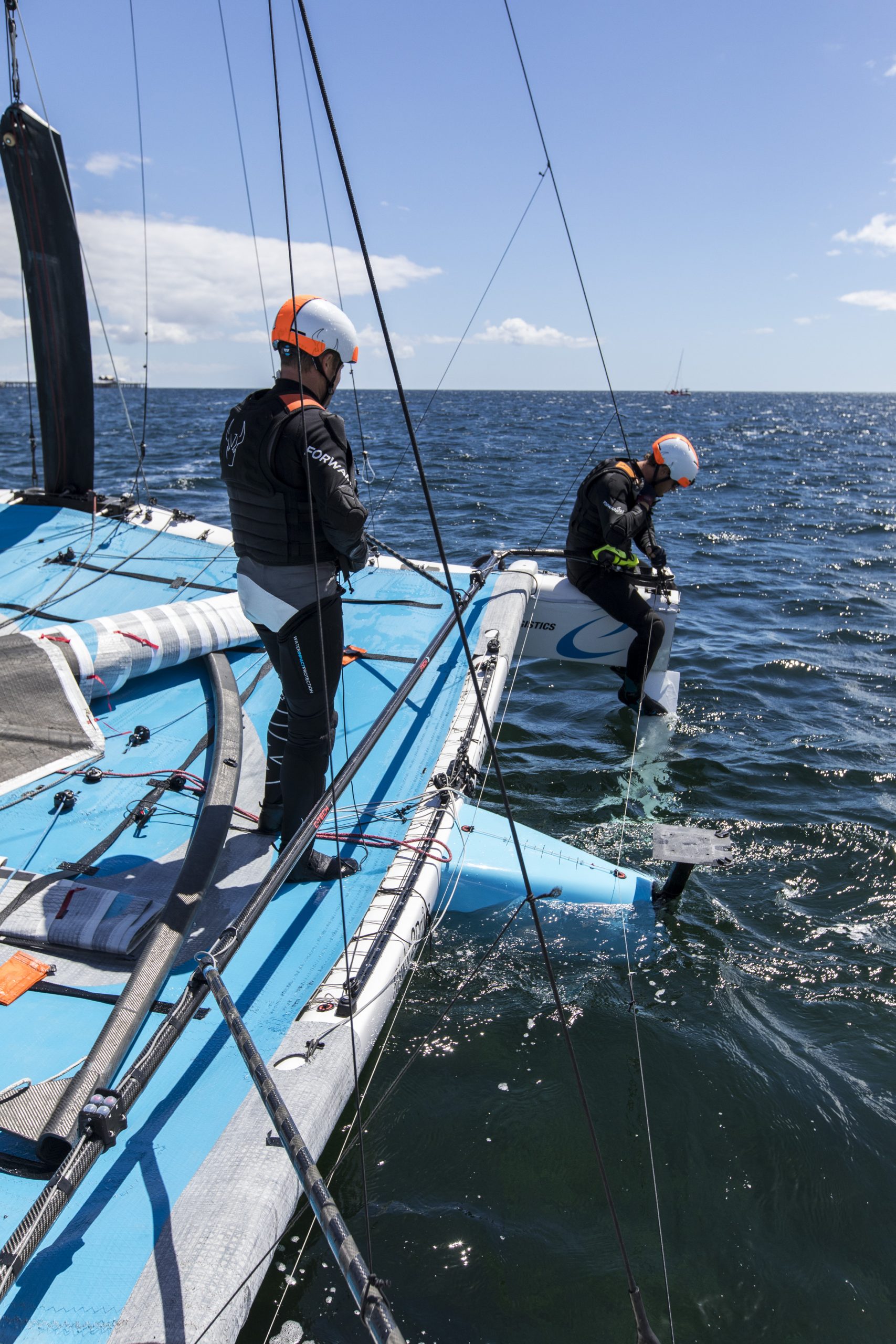 (Busselton) In an amazing feat of engineering SuperFoiler’s series leader Euroflex will make a remarkable return to racing in the Supercharged Sunday session on Geograph Bay.

The front-runner, who suffered serious structural damage in a training session on Friday are astonished at the effort from the shore team and are looking to repay their hard toil with a strong showing in Western Australia.

“Two days ago we had a two metre hole down the side of our boat and a broken rudder, I am actually blown away by what the boat team have done to get the boat back on the water and I am extremely grateful to be sailing today,” said Euroflex bowman and Olympic gold medallist Iain Jensen.

“It is an absolutely spectacular effort. When you looked at the boat on Friday you would have thought there was absolutely no way we would get anywhere near the water but those guys have worked night and day, around the clock to give us the opportunity to be back on the water to give us the opportunity to race,” said Euroflex mainsheet hand and America’s Cup winner Glenn Ashby.

Euroflex, the series supremo, have so far won every single regatta and they haven’t ruled out maintaining that clean sweep despite starting Sunday 25 points off the regatta leader tech2.

“Today for us it is double points so hopefully we are still in the game. We have a lot of catching up to do but anything can happen in the double points Sunday,” said Glenn Ashby, “We want to get out there and do well for our sponsor and for the boys because they have put a huge amount of effort in the shed because for them the satisfaction after working around the clock to see the boat out and racing is what they thrive on.”

“We are always shooting to do well. The shore team have had some really late nights here working on the boat so I think the best thing we can do is try and get some good results and make it all worthwhile,” said Euroflex’s Iain Jensen, “It could be my last day on the SuperFoiler for quite a while so hopefully we make it one to remember.”

Footnote: The team won race 7 and finished fifth in race 8. They continue to lead the series overall despite the problems in Busselton.