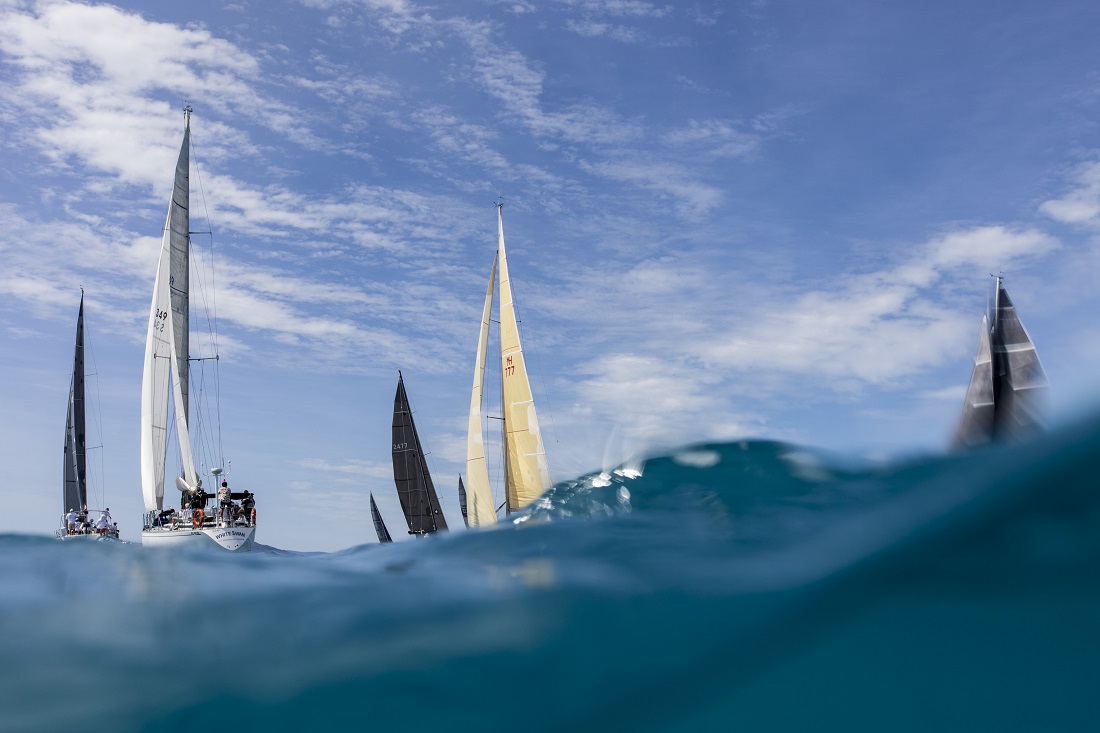 Another beautiful day on the water - Andrea Francolini pic - ABRW

Entry for the Whitsunday Airlie Beach Festival of Sailing opened on 1 March, 2020 and can be found online, along with Notice of Race, easily found on the Home page of the official Whitsunday Sailing Club (WSC) race website.

The Whitsunday Sailing Club has announced that its hallmark regatta, now in its 32nd year, will be held from 6-13 August, again featuring some of the most scenic courses on offer in the world.

Race day one, Friday 7 August, will again involve a mass start for all participants.

According to Race Director Ross Chisholm, “Competitors really enjoy the challenge of the mass start with well over 100 yachts jostling for position on two start lines.”

The mass start also provides a breathtaking sight for locals and tourists to the beautiful Whitsundays at this popular time of year. Where else would you want to be sailing in an Australia winter?

Boat owners were surveyed following last year’s successful event and organisers at the Club were well pleased when 89 percent of those contacted responded.

“Feedback from competitors was really positive, confirming that regatta organisers are getting it right both onshore and on the water,” Race Week Chairman, Adrian Bram commented.

“We received some excellent suggestions and are making improvements in response,” he said.

Improvements include merging the WSC clubhouse and the Race Week central marquee under one licence to allow the portability of food and beverages between the upstairs and downstairs venues.

A wider range of food options will also be on offer, but best of all, sponsored happy hour will be added every race day evening from 5:30 to 6:30pm at the Whitsunday Sailing Club.

Following the success of last years’ program, one such Happy Hour will take place on the Tuesday evening at Northerlies Beach Bar and Grill with free return transport provided by Whitsundays 2 Everywhere Airport Transfers and Charters.

Organisers are expecting around 120 boats will take part in Airlie Beach Race Week. Boat owners will bring with them more than 2,200 crew, family and friends who enjoy the onshore Festival, which entices more than 11,000 attendees.

The Whitsundays Festival of Sailing is the region’s premier sporting and entertainment event, attracting thousands of people from all over Australia and around the world.

Get your entry in early and come and join the fun, on and off the water.

Enter now at: www.abrw.com.au where you will also find the Notice of Race and all information.