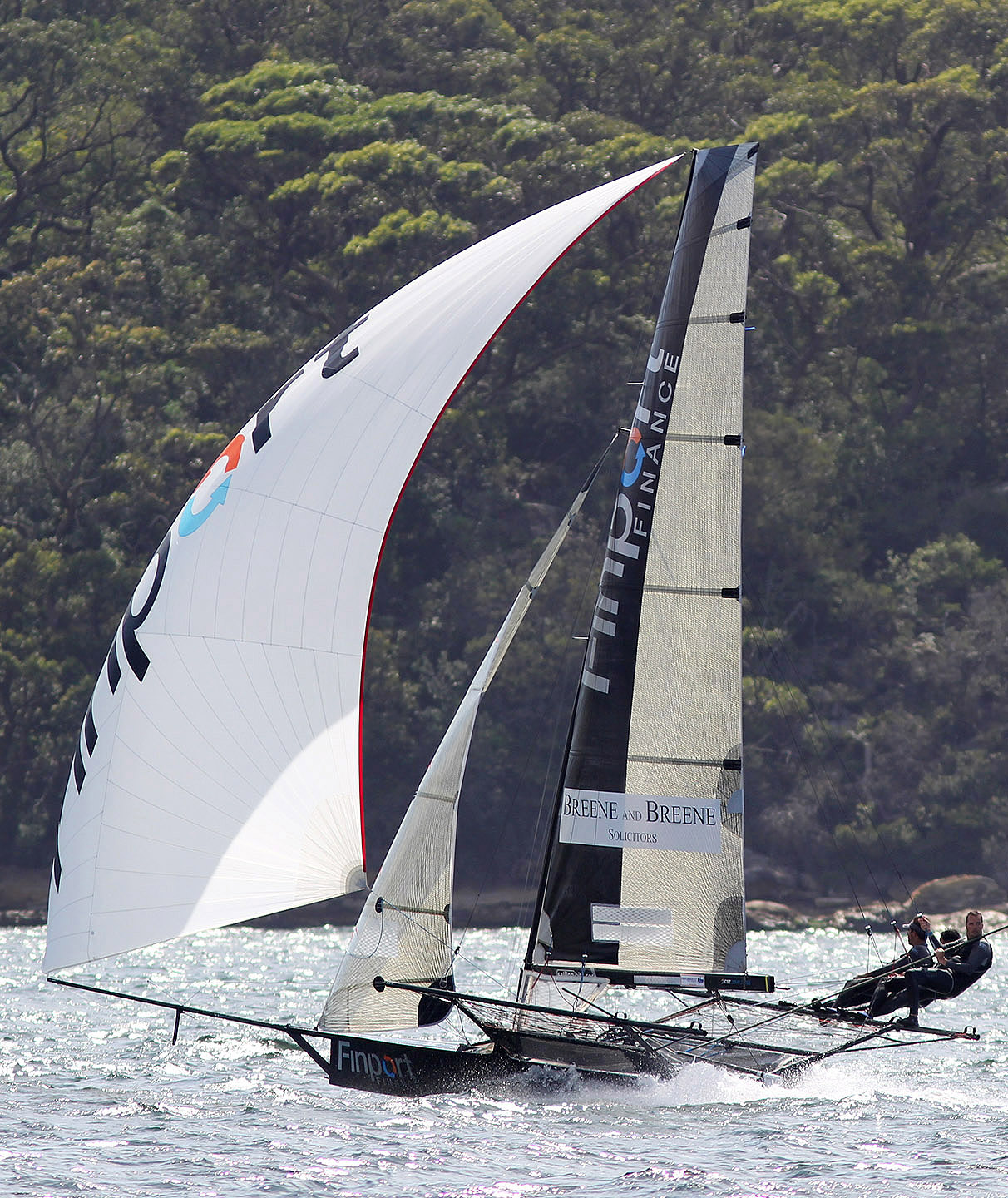 Australian Championship, Race 5 (resail) & Race 9
Sunday, 1 March, 2020
Sydney Harbour
The Tech2 team of Jack Macartney, Charlie Wyatt and Trent Barnabas became the 2019-2020 Australian 18ft Skiff champion following two more impressive performances in the final two races of the nine-race Championship on Sydney Harbour today.
Tech2 went into the final day with a handy points lead, but the team wanted to finish strongly as it continues the build up to next month's Giltinan Championship.
After the opening race of the day, Tech2 secured the title and improved the winning margin with a victory in the final race to finish with a total of 19 points, 13 points ahead of defending champions James Dorron, Harry Bethwaite and Tim Westwood, who was replaced for today by Lachlan Gilmour, in Shaw & Partners Financial Services, on 32 points.
Smeg (Micah Lane, Ricky Bridge, Peter Harris) finished in third place on 35 points, followed by Finport Finance (Keagan York) on 42, The Oak Double Bay-4 Pines on 43 and Appliancesonline.com.au on 50.
Today's opening race was in a 15-18 knots NE wind, over a windward-leeward return course and produced an exciting finish after the Winning Group (John Winning Jr., Seve Jarvin, Sam Newton) looked to have the race at her mercy with a 40s lead over Tech2 at the final windward mark.
Tech2 and Finport Finance gained on the final spinnaker run to the finish but when a harbour ferry crossed the path of the fleet the race took on a different look.
Finport Finance crew (Keagan York, Matt Stenta, Angus Williams) elected to gybe away from Winning Group and Tech2, leaving this pair to 'fight' each other while they sailed their own course and grabbed a 2s win over Winning Group, with Tech2 another 5s back in third place.
In the final race, Winning Group again won the start and quickly opened up a clear lead over URM, skippered by Marcus Ashley-Jones, Tech2, Smeg, The Kitchen Maker-Caesarstone (Jordan Girdis) and Dal Zotto (Jack Sprague).
The breeze had increased to around 20-knots and the outgoing tide created conditions which saw the skiffs airborne as they raced downwind to the bottom mark off Clark Island.
Winning Group was again in a strong position after the end of the first lap of the course before a capsize off Bradleys Head forced the team to retire.
Tech2, URM and Smeg then staged a three-boat battle over the final lap of the course before Tech2 crossed the finish line 20s ahead of URM (Marcus Ashley-Jones, Cam Gundy, Lewis Brake), with Smeg just 4s back in third place.
Race 16 of the Club Championship will be sailed next Sunday.
AeroMedia Live Broadcast team will be out on Sydney Harbour to capture all the action.  For those who can't make it onto the water, live streaming is available at www.18footers.com and clicking on the '18 Footers TV' link.
Also follow all the club's racing throughout the entire 2019-2020 Racing Season Club Website             www.18footers.com
click on table to make larger.