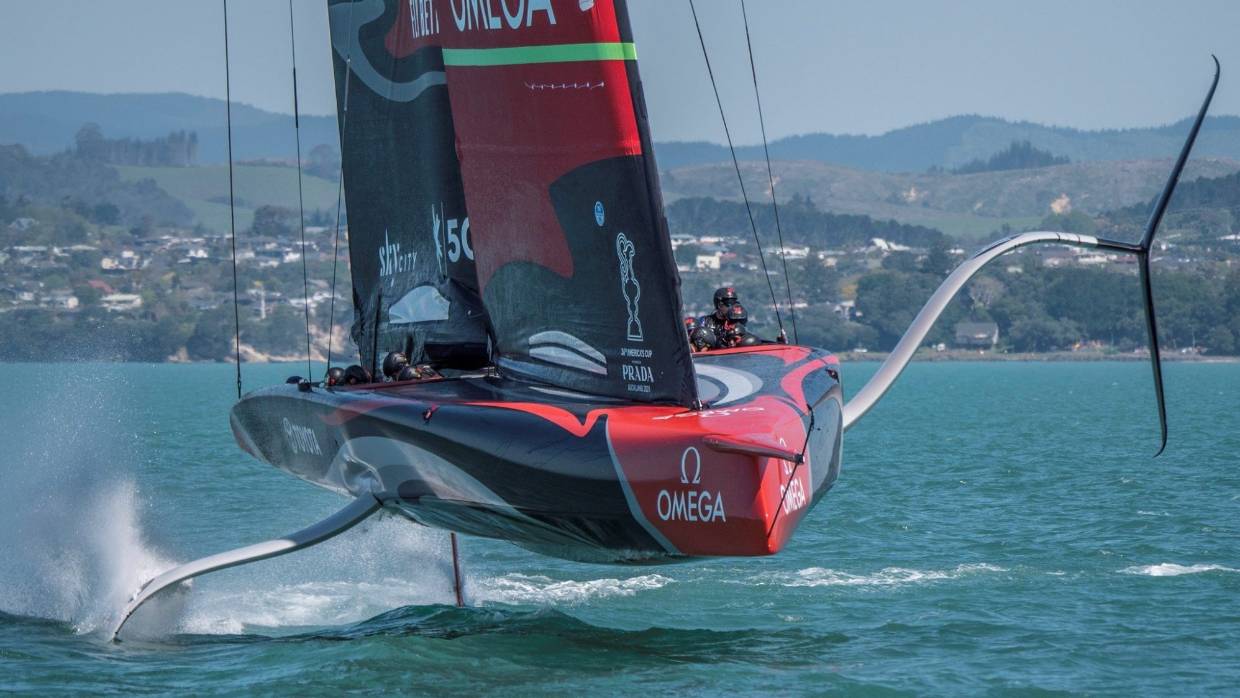 Team New Zealand's Te Aihe flying on its foils on Auckland's Waitemata Harbour. The revolutionary boat is now on its way to Italy.

Team New Zealand will start their defence of the America's Cup in a year's time but mystery continues to shroud yachting's pinnacle event.

The America's Cup match starts on March 6, 2021 and the next 12 months will be a fascinating countdown in design and performance as the teams continue their hurried development with the radical foiling 75-foot monohulls.

With the rules forbidding any engagement ahead of racing, we're still none the wiser to the comparative strengths of defenders Emirates Team New Zealand and challengers Lunas Rossa, American Magic and INEOS Team UK.

The fourth challenger, Stars + Stripes from California, appears dead in the water though no official announcement has been made on a syndicate that has found out the hard way the massive costs involved.