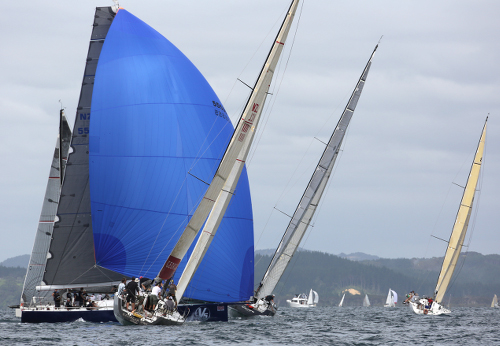 Entries have opened for the 2016 Bay of Islands Sailing Week, scheduled to take place over the final week of January next year. Registration will take place on 26 January, followed by three days of racing from 27 to 29 January.

The release of the Notice of Race this week signals the beginning of the countdown to this mid-summer event. Now in its 14th year, the Bay of Islands Sailing Week regatta is the biggest event of its kind in New Zealand, and attracts competitors from around New Zealand and overseas.

This year, the event will also play host to the IRC Nationals, increasing the number of titles up for grabs, which will undoubtedly make for even more competitive racing than usual.

After the success of the 2015 event, Bay of Islands Sailing Week will also host the NZ Millennium Cup again. The NZ Millennium Cup is the principal superyacht regatta in the South Pacific, and last year attracted several impressive vessels to take part in three days of spectacular racing. It's expected that the 2016 event will build on the success of last year's Millennium Cup, which aims to showcase the world class cruising grounds, marine services and hospitality that New Zealand has to offer.

More information on the NZ Millennium Cup can be found at www.millenniumcup.com.

Notice of Race for the 2016 Bay of Islands Sailing Week regatta can be viewed and entries submitted on the website at www.bayofislandssailingweek.co.nz.