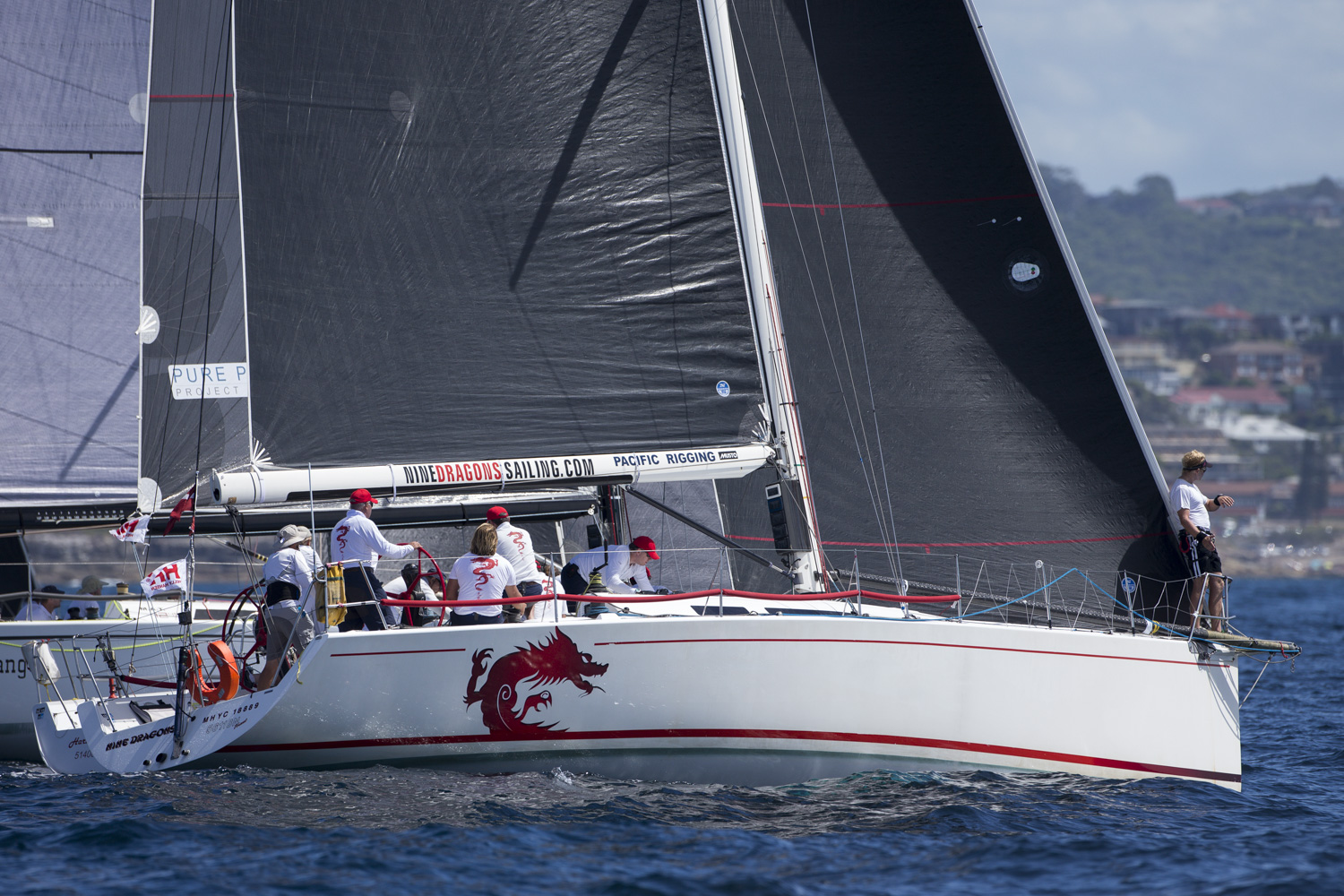 When summer racing comes to an end, the focus will shift to the Sydney Harbour Regatta – the last hurrah at the beginning of autumn when the weather is still warm and the Harbour a picture postcard of sailing boats, from the Historical 18s to the most technically innovative boats on the planet.

Entries are open and the Notice of Race is available via the newly launched website for Middle Harbour Yacht Club’s Sydney Harbour Regatta, to be held over the weekend of 4-5 March, 2017.

Broadening in its appeal, NSW’s largest keelboat regatta has been expanded to include the Farr 40s and the Sydney 38 International Championship, with overseas and interstate entries expected.

The two high profile one-design fleets will start their competitions on Friday 3 March, and continue on with the rest of the large cast of divisions through the weekend.

On Harbour courses and adding to increasing numbers in 2017, MHYC will also host the Yngling and J70 national titles at the Sydney Harbour Regatta, while the Etchells and Dragon keel boats return following a two-year hiatus, resulting in a strong showing from RSYS.

“It’s exciting to have these classes choose the Sydney Harbour Regatta to run their championships,” MHYC Commodore John McCuaig said.

Regular one-design classes returning to the annual event include Adams 10, Melges 20, Melges 32 and VX-One. They will be joined by the Super 12s, Sports Boats, Cavalier 28 Performance class and Super 30’s.

Larger yachts sailing in the IRC and ORCi classes are offered windward/leeward and passage divisions, enabling them to ‘warm-up’ for the impending Australian Yachting Championship. A Sydney 36 division will race alongside these boats.

Now in its 12th year, “the Sydney Harbour Regatta”, says MHYC Commodore John McCuaig, “Is increasingly evolving as its reputation continues to grow. The Club prides itself on offering a diverse range of classes, this time including the most competitive one-design yachts in Australia.”

And ashore, Middle Harbour Yacht Club’s program is unique in that it offers live entertainment each afternoon on the Club’s beach with drinks available from the Sandbar.

Rather appropriately, the band ‘Endless Summer’ will keep sailors and their guests rocking from 4pm on Saturday, followed by more entertainment on Sunday afternoon and into the evening when the fabulous Helly Hansen prize draw will take place.

Breakfast is offered each morning with a beach grill and sausage sizzle on the beach following racing each day. For those opting for a quieter crew debrief and downtime, the upstairs bar and Harbourview Bistro will be open.

As it was so well received over the past few years, the prize giving will again be held at MHYC on Monday evening (6 March) allowing all placegetters a chance to be there with their crews.

All entries will close at 2400 hours on Monday 20 February 2017. After the ‘close of entries’, any additional entry shall be made in writing and may only be accepted at the discretion of the Organising Authority.

Those whose entry fees are received prior to 2400 hours Friday 3 February 2017, will make a substantial saving, while late entries will attract an additional cost – see the NoR online for full details.