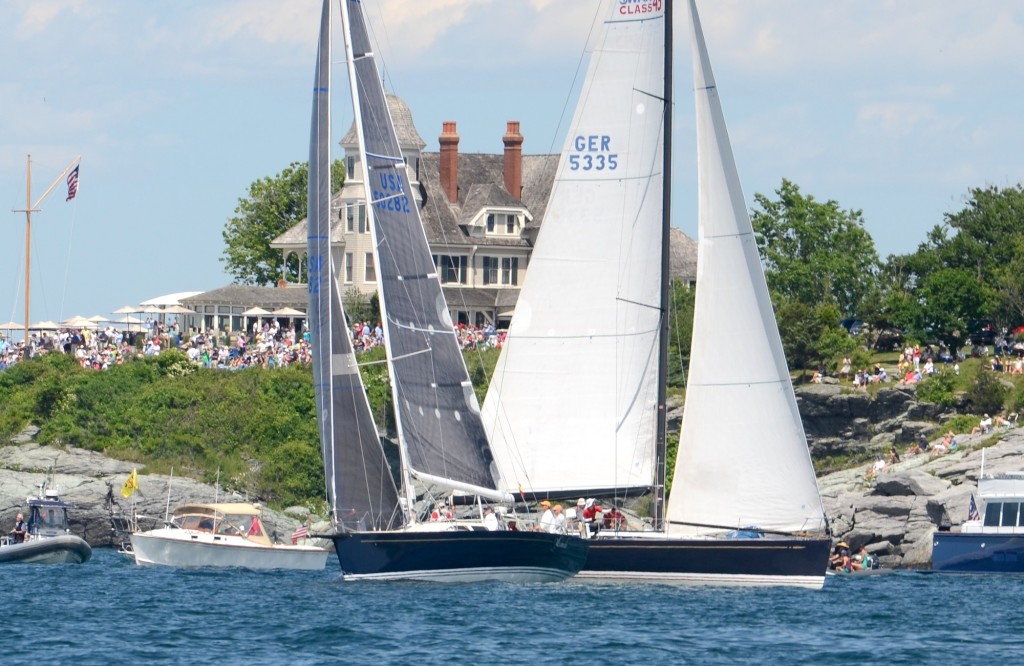 With the passing of the April 1 entry deadline, 195 boats have submitted entries before the 2018 Newport Bermuda Race ‘application for entry’ deadline, anchored by the usual excellent turnout of nearly 150 cruiser- and cruiser/racer-style boats sailing in the St. David’s Lighthouse and Finisterre (Cruiser) divisions.

The race, which is co-organised by The Cruising Club of America and the Royal Bermuda Yacht Club, offers several other divisions for different types of boats and competitors, which truly makes this event seven races in one.

While some pre-start attrition is normal when a fleet faces 635 ocean miles across the Gulf Stream, a diverse fleet of 180 to 190 boats should cross the line on June 15th, crewed by a mix of both professional and amateur sailors. That would make it the biggest fleet since 2010, when 193 boats finished the race.

Among the entries in St. David’s and Finisterre divisions, the 2016 success of youth sailors guided by adult advisors aboard High Noon has led to four entries by youth teams in 2018. There will also be new divisions of Multihulls and Superyachts, which have added seven boats to the fleet, the largest of which is the 112-foot Sparkman & Stephens design, Kawil.

Another key to the high entry total is the 20 boats entered in the Gibbs Hill Division, which is for high-performance racing boats that in many cases are steered and crewed professionally.

In past years, Gibbs Hill typically has drawn 10 to 15 entries; in 2016, based on the high winds forecast in the days before the race, all of the Gibbs Hill entries elected not to compete.

“The BROC remains committed to the value of the race as an adventure and participation for its own sake,” says Jonathan Brewin, the event chairman and past commodore of the Royal Bermuda Yacht Club.

“The race is different than many competitions; it’s a chance to compete for an array of permanent trophies and be part of a history going back to 1906,” says Brewin, “but above all it’s a chance to challenge oneself and one’s crew to prepare to compete safely offshore at the highest level.”

The introduction of a Multihull Division was three years in development, and based on the standards adopted for 2018, not every multihull will be eligible to compete.

In addition, the BROC collaborated with the Offshore Racing Association to create a new VPP handicap system for multihulls (ORR-MH) that was successfully tested in the 2017 Transpac Race.