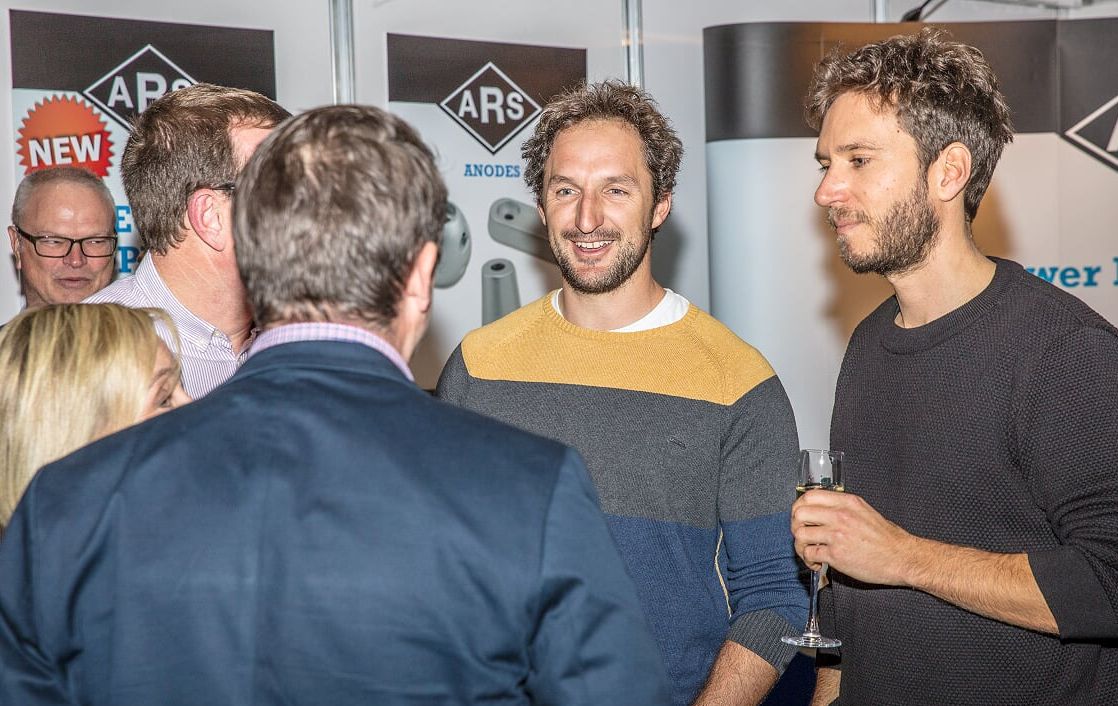 Paul Campbell-James (centre) will fly the flag for Britain in the SuperFoler Grand Prix. Photo Sportology.tv.

(Sydney) America’s Cup sailor Paul Campbell-James has announced he will be flying the English flag as the first international team to confirm their participation in this Summer’s SuperFoiler Grand Prix.

The four-time national match racing champion will pair with another gun from his native England and also a crew member of the Ben Ainsley Racing campaign in Bermuda in Ed Powys.

“After seeing my countryman crumble during the Ashes, I am going to use the SuperFoiler Grand Prix as a platform for England to inflict some revenge on the Australian teams,” says Campbell-James. “The thought of giving the Aussies a chance for more bragging rights on the sporting front isn’t something we will tolerate. We are going to keep them quiet – just like our rugby team did – with solid performances from the first week of the circuit.”

The early signs are encouraging for the talented international entrant. He’s the first SuperFoiler sailor to get his hands on any silverware – given he was in London to collect the internationally regarded Yachts and Yachting magazine “Dingy of the Year” award on behalf of the SuperFoiler design team.

“Sailing is a world sport, I know we will get plenty of support from those watching the racing back home, although I would like to think we will get a lot of vocal support on the shoreline as well. If some of that support involves sledging all the better – bring it on,” said the helmsman of the as yet unnamed British entry.

The appeal of racing against the best sailors from Australia was also an opportunity too good to pass up for Campbell-James’ countryman, “I’ve spent a lot of time sailing with CJ at the top levels including the America’s Cup which I think will be hugely valuable – our foiling background is going to be a massive advantage,” said Ed Powys, “I hope that the crowds do take sides, and we are happy to be seen as an outsider, or maybe even the villains of the series – given we are there to spoil the party for all the Australians acing on home shores.’

Attracting the world’s best sailors is paramount to building the series nationally and internationally – “We want the battle for the Ben Lexcen Trophy to be furiously fought for. There is no doubt having international raiders will only motivate the Australian teams to perform at a higher level to ensure the trophy stays at home,” said SuperFoiler COO Jack Macartney, “We have more international interest and are hoping to finalise another rival from abroad in the coming days to ensure the SuperFoiler circuit has an international flavour.”

Six SuperFoilers will be crewed by teams from around the world in the SuperFoiler Grand Prix across five Australia-wide regattas starting with Adelaide in February before the Grand Final on Sydney Harbour commences on March 23.