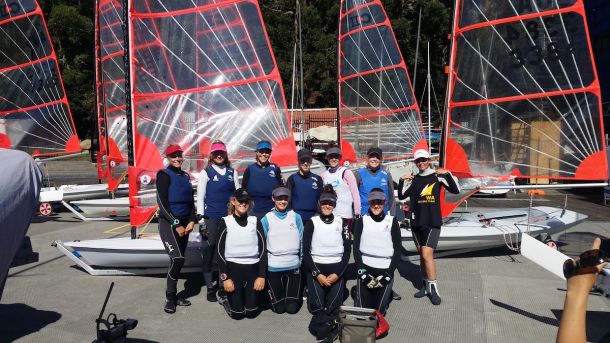 ''The weekend was a fantastic opportunity to engage as a group and to further the development of women's sailing,” said Jared West at the end of the weekend.“We have some great talent out there and it’s very exciting to bring them all together and work with them.”

To provide a neutral boat to test the skills of girls of different sizes and Laser 4.7 and Laser Radial experience, the camp utilised 11 Byte CII dinghies, supplied by Chris Caldecoat at PSA.

The newly formed 2015 AS Radial Youth Squad, including Jacinta and Elyse Ainsworth (WA – not present at this camp), Carissa Bridge (QLD) and Marlena Berzins (NSW) and invited training partners continued the camp in the Radial over three days after.

The next development camp is planned in the lead-up to Queensland Youth Week at end of June in Manly, Brisbane.