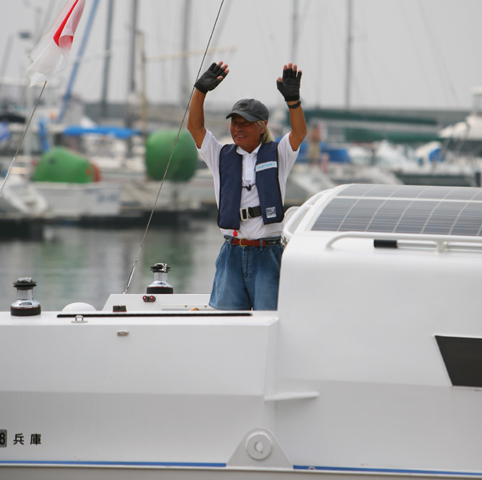 Kenichi Hori in 2008, after he travelled solo from Hawaii to the Kii Peninsula in western Japan. Credit - Kenichi Hori's official website

Before he set off, Kenichi Horie said his only fear about sailing solo non-stop across the Pacific Ocean was his age.

But on Saturday, the 83-year-old – known as ‘Japan’s most famous yachtsman’ – proved it was not an obstacle after all as he became the world’s oldest person to complete the challenge.

After more than two months at sea, the record-breaking octogenarian, who in 1962 also became the first person to successfully take on the feat, arrived in the waters off the Kii peninsula in western Japan at 2.39am local time.

For the full story, see: https://www.theguardian.com/world/2022/jun/04/japanese-man-kenichi-horie-83-becomes-oldest-person-sail-solo-non-stop-across-pacific