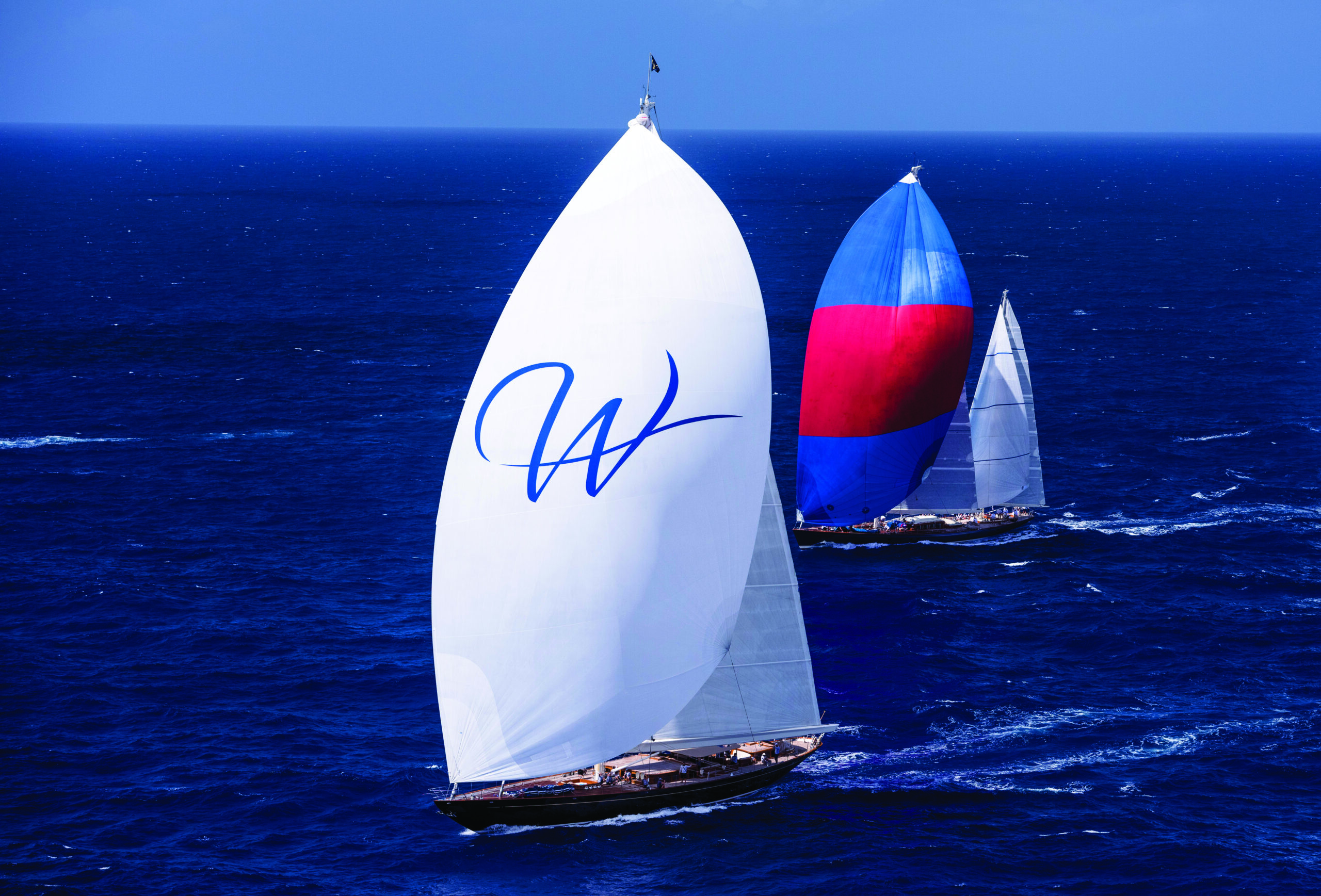 Newport-based MCM is celebrating after no fewer than eight sailing yachts in its fleet crossed the finish line at the legendary St. Barths Bucket Regatta, held from 17-20 March in the Caribbean.

It was a bumper entry list for the company, which runs new build projects as well as ongoing yacht management for some of the best-known sailing superyachts in the world.

Considered one of the highlights of the sporting year by superyacht owners and crews, the St. Barths Bucket was back after a two-year hiatus. With the return to racing, organisers had expected to gather 20 boats for the famously laid-back event on the French Caribbean island of St. Barthelemy. So, to assemble a fleet of 27 big yachts was quite a coup.

And that nearly a third of them should be connected to MCM is a real testament to the reputation of co-founders Peter Wilson, Nigel Ingram and their team of experts. “Thirty per cent of the fleet were MCM yachts, which equates to eight yachts,” Wilson said. “Six of those were yachts where we had overseen the full design and construction. In addition, there were four other MCM yachts on the island, including 54m ketch Marie, the committee boat on the last scheduled day of racing.

“It was a very proud moment for us. We have a long history of managing the construction of sailing superyachts and the St Barths Bucket is the premier sailing superyacht event in the world. It’s a very natural fit.”

Four of the six classes at the Bucket contained an MCM yacht, but it was the Mademoiselles des Mers class of 30m-plus ORCsy-rated sloops where MCM dominated. In a pursuit racing format that saw yachts dispatched at 30 second intervals, 47m Wisp came in second and 33m Nakupenda took third place. All three yachts were built under management by MCM and the first two are still managed in-house.

In Class B, the stunning 50m Hoek designed Meraki (2020) took a well-earned second place among the world’s biggest modern classic ketches. And in Class A, dubbed ‘Les Gazelles des  Mers’ for their sleek lines and phenomenal performance, Nilaya took second place and the feted Leopard3, third.

In this most sporting of regattas there is still a Corinthian class, in which two more notable MCM yachts figured. The 39m cutter-rigged sloop Vijonara made an incredible spectacle beating into the gusts and flying downwind under a cloud of sail. The elegant 43m Baltic sloop Cavallo also put on an impressive display.

Conditions were testing at times, with delays on the racecourse waiting for the wind to drop. Racing on the final day was abandoned as winds rose into the battering 30s, but there was plenty of action in around 20 knots of wind. Day two saw excitement as a squall blew through the race, forcing yachts to quickly shorten sail.

Wilson experienced it firsthand from the helm of the stunning Royal Huisman-built Wisp. “We saw the squall coming, for sure,” Wilson says. “It was a dark grey wall. As it started pouring with rain the wind increased, gusting up to 36 knots. We had the yankee, staysail and full main flying at the time and quickly furled the staysail – it was the safest option. We were heading upwind and picked off a couple of yachts – we actually gained versus the other competitors, sailing upwind at 10.2-10.4 knots.”