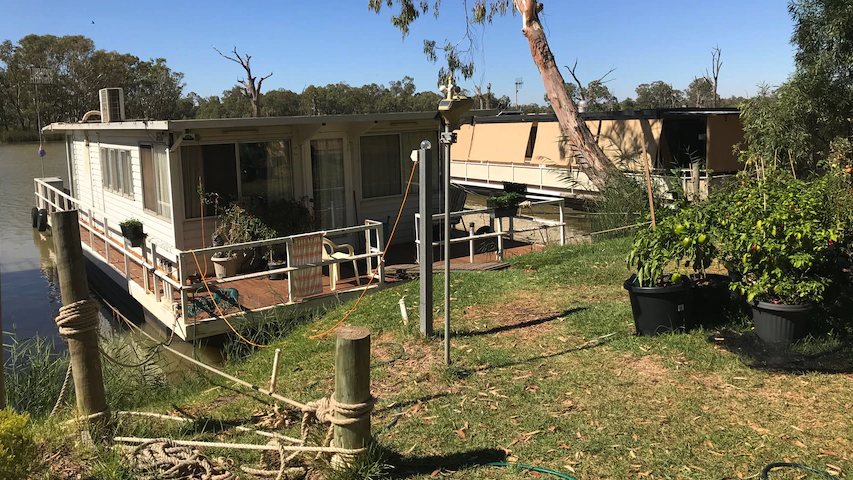 Some locals have moored their boats on the waters of Ral Ral Creek for more than 20 years. Pic - ABC News/Sophie Landau

South Australia: Houseboat owners are being forced to move away from Ral Ral Creek after being notified that Renmark Paringa Council will not renew their leases to moor there after June 30.

Up to 25 houseboats are expected to relocate from their moorings near the council-owned Jane Eliza Estate.

It comes after the council announced an expansion of the estate, including the development of up to 780 new homes, a marina and a commercial precinct.

With only months until the leases end, Renmark Paringa Houseboat Collective founder Jenny Troeth said the Ral Ral Creek community was not sure where they would go next.

For the full story, see: https://www.abc.net.au/news/2022-03-29/houseboats-to-be-evicted-from-renmark/100945120?fbclid=IwAR0YlBhYO1cRwvDgZ9zYXeQCoP-gW71YUq9AvWIn5kkpolMVlb9mXfzNNP4