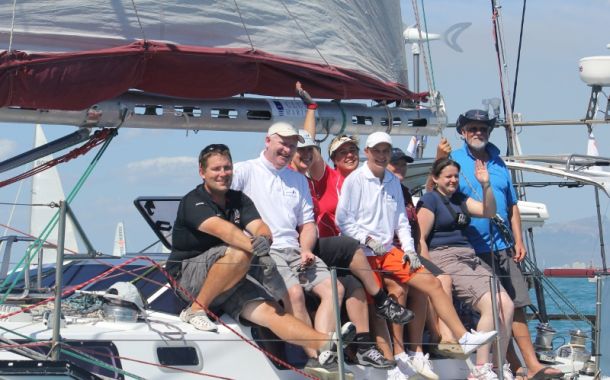 Through the support of SeaLink and Dufour Marine, entries in the regatta, which is being held from August 27 to September 1, will be given three tickets in the draw to win two flights to Townsville and seven nights accommodation in a two-bedroom apartment in the stunning, five-star Peppers Blue on Blue Resort on Magnetic Island for next year’s 10th SeaLink Magnetic Island Race Week.

For those boat owners who haven’t made it to this regatta, as yet, this is the year to join in the excitement of racing the pristine waters that surround one of Australia’s most beautiful sailing venues. After tick tacking their way along the stunning island shore line or charging across Cleveland Bay and along the city shore, the sailors return to the Magnetic Island Marina where the post-race party starts and stays right at the dock in the shadows of Peppers Blue on Blue Resort. Then it’s time to move onto the nightly street party or just settle into an island restaurant and savour the affordable, relaxed atmosphere.

Once the skippers and crews have enjoyed the good life of the 2015 SeaLink Magentic Island Race Week, they should book their island berth and room for the 10th anniversary before they leave. For one lucky boat owner, the booking is already in place, it’s just now up to them to enter the regatta to secure their place in regatta history.