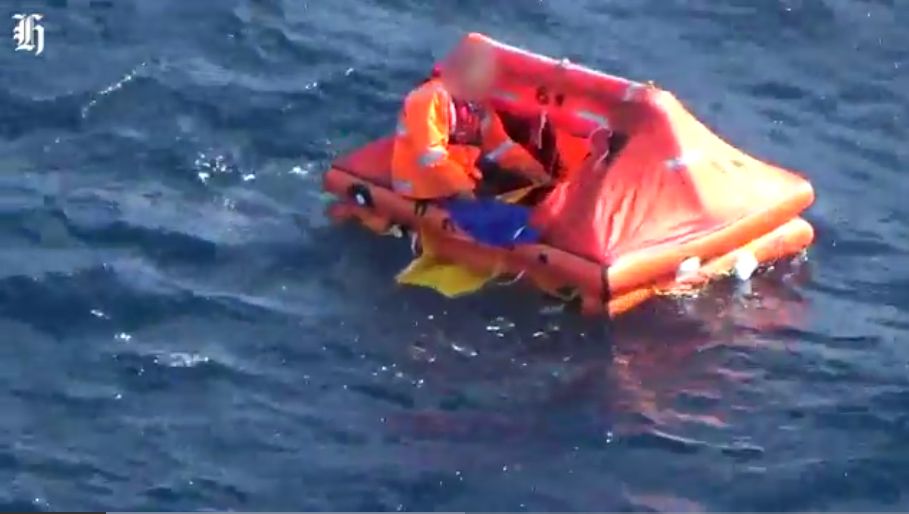 Four people were rescued from their liferaft. Photo NZ Herald.

Dramatic video shows the moment a rescue helicopter crewman is winched into the ocean to save four stricken sailors drifting in a bright red life raft. After hitting the water, the rescuer swims to the life raft's edge and is pulled inside by its desperate occupants.

The footage was shot earlier today after the foursome set off a distress beacon when they were forced to abandon their badly disabled ship.

Low on fuel and limping across the Pacific Ocean with torn rigging, the sailors had maydayed for help before abandoning their 14m yacht in heavy seas.

After being battered by headwinds for four days, the crew members of the Squander climbed into a life raft and watched as their French-made masthead cutter drifted away.

They had activated a distress signal, which sparked a dramatic rescue mission was that culminated today with the four sailors being winched aboard a rescue helicopter cold, wet, but alive.

The two men and two women were plucked from the life raft shortly after midday.

Wach the video at The Herald.