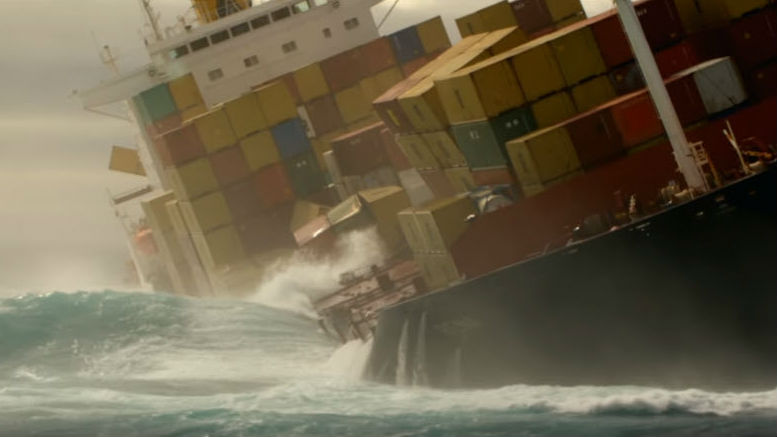 According to the website Maritime Executive, the World Shipping Council (WSC) estimates that the average number of containers lost each year has dropped since 2014 by 48 percent.

The larger number of losses in 2014 was due primarily to the complete loss in 2013 of the MOL Comfort in the Indian Ocean and all of the 4,293 containers on board and, in 2011, the grounding and loss of the M/V Rena off New Zealand, which resulted in a loss overboard of roughly 900 containers.

WSC data consistently demonstrates that container losses in any particular year can vary quite substantially based on differences in weather and other unusual events. The data also consistently shows that the majority of containers lost at sea result from catastrophic events. For example, in 2013, there was a total loss of 5,578 containers – 77 percent of which occurred with the sinking of the MOL Comfort in the Indian Ocean.

The total loss of vessel El Faro occurred two years later in 2015. All containers on the El Faro were lost and this event alone accounted for almost 43 percent of the total containers lost into the sea in 2015.

In 2016, the international liner shipping industry transported approximately 130 million containers packed with cargo, with an estimated value of more than $4 trillion. 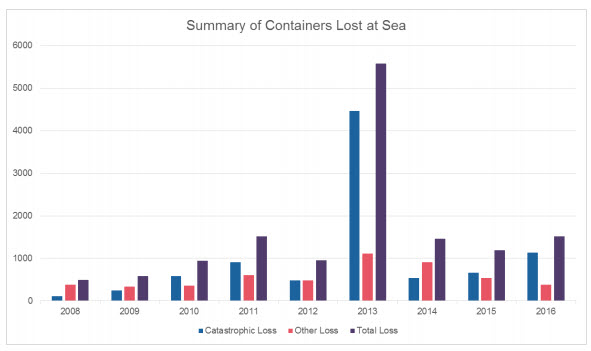