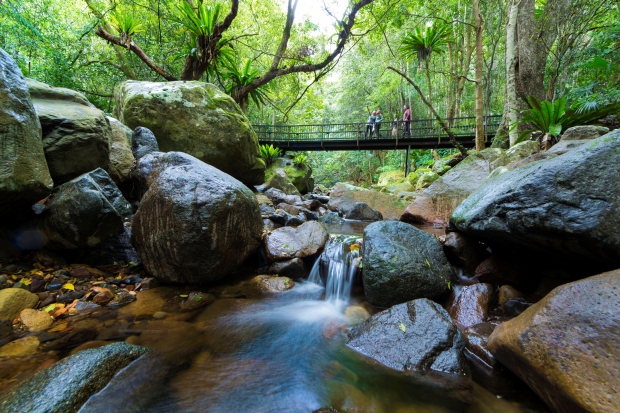 Well what a testing 24 hours I have had.  Yesterday after I finished writing the blog I heated up my hot water bottle and crawled into bed as the boat was sailing nicely with 20 knots.  I had the 2nd reef in the main sail and the storm jib, so I was a little under powered if anything.  I knew that there was likely more wind on its way so I left that sail arrangement.  Lucky I did, because at 5pm in the afternoon, several hours into a blissful sleep, I was rudely awoken to a whole bunch of alarms going off.

High wind alarm was screeching at me, the off course alarm was joining in on the noise making.  I was facing away from the instruments and my sleeping bag is quite narrow when you are all zipped up. It took me a minute to even roll over and look at the B and G Zeus display by my bunk.  The second I did however, I was crawling trying to get out of my sleeping bag fast.  The winds were reading at 42 knots.  Eeekk…… I still had the second reef in.  After I battled with the zipper of my sleeping bag I then glanced outside.  It was a complete white out with rain sheeting sideways and the winds howling through the rigging.  I started to get my foul weather gear on, by the time I was dressed and on deck the winds were back to 25 knots…  Behind me, I could see crystal clear blue skies and in front of me was this frothing boiling mass of angry wind and rain. It is to date, the worst squall I have encountered this trip and hopefully one never to be repeated.  I was just thankful that the main sail held up to the onslaught.

So with the adrenalin wearing off I crawled back into bed.  I was still 30 nm from sailing past the Cape of Good Hope so I decided to get a bit more shut eye.  At 8.30 pm I woke to a bang. An extra large wave had rolled the boat over until the boom caught in the water. I was surfing a wave at the same time, so the boat speed was above 10 knots.  When the boom hit the water, all that counter force snapped something.  I just didn’t know what just yet.  In my sleepy state I assumed it was the turning blog for the preventer line again. This line pulls forward on the boom, so is countering the water trying to pull the boom backwards.

I was almost at the Cape of Good Hope so I decided to get up and investigate.  I kitted up and went on deck. I was greeted with the most amazing night sky.  Given all the winds I have had I was expecting to be climbing out into another dark night with lots of cloud,s so I was momentarily stunned with the sheer beauty of looking at thousands and thousands of stars.  Nothing can compare to a clear night at sea for star gazing. This was no disappointment and would rate as one of the best night skies I have ever seen.  There were so many more stars than what I would normally see on land, even with a half-moon shining….. it was beautiful.

After my distraction of the night sky, I went forward to the bow to take a look at the damage.  As I expected, it was the preventer line that made that bang, only it was not just a damaged turning block this time. With a sinking stomach, I realize that the entire pad eye had ripped clean out of the boat, leaving a 5 cm x 5 cm hole in my bow, right through the deck.  Before I left Albany, Mark McRay helped to organize the community to donate milk bottles. We glued the lids shut on these and filled the forward two collision compartments with them.  In-case of a ruptured hull I also encased all the milk bottles in a netting so that they wouldn't be able to float free.  Standing on the deck of Climate Action Now at the bow looking down I could see milk bottles.  Not a nice feeling at all.

To read more head to Lisa Blair Sails the World.